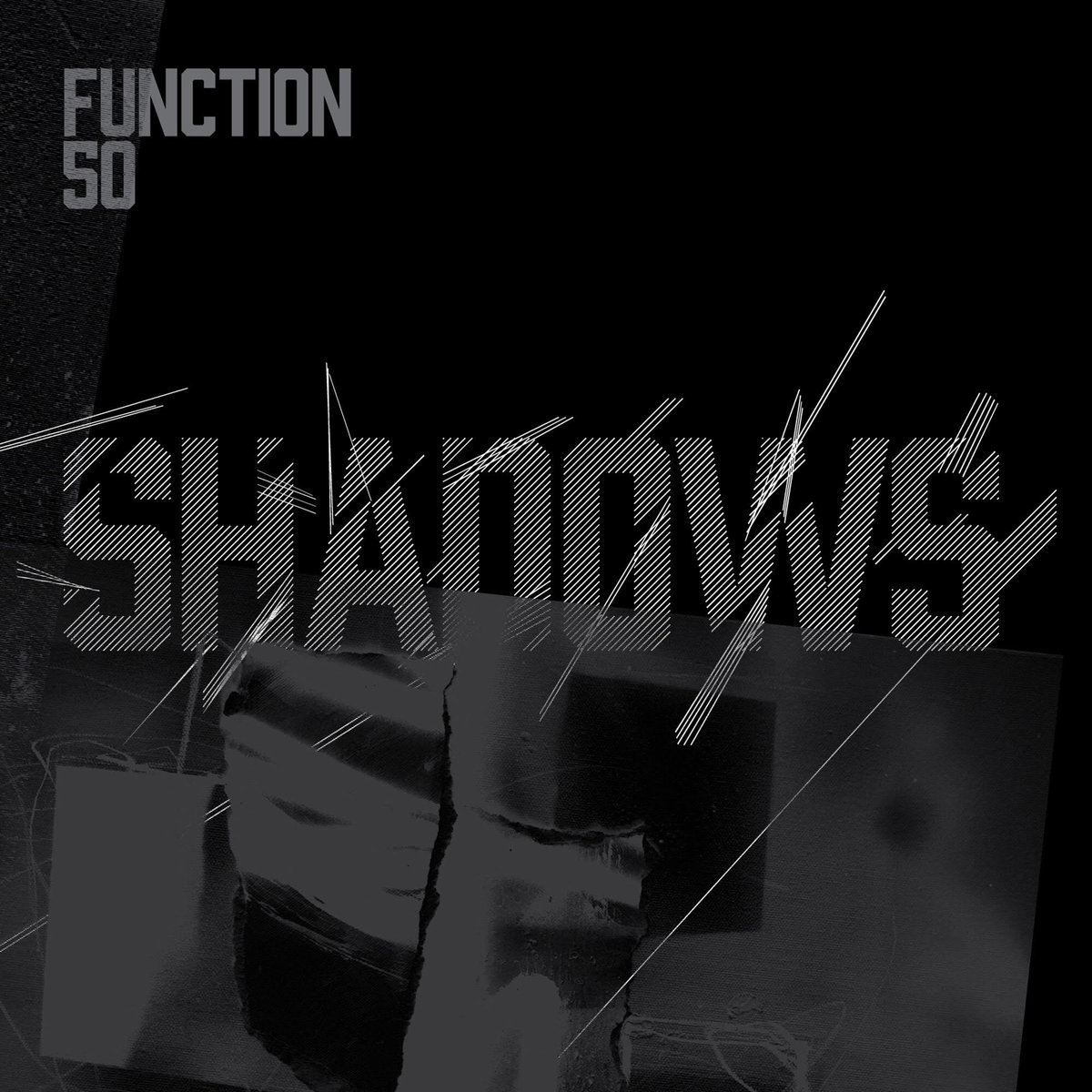 Last Friday saw the unveiling of the landmark 50th release from a label which, during its 20 year lifespan, has been one of the most consistent and fresh in the drum and bass scene: Function Records. The 12 track compilation, entitled ‘Shadows’, features music from some of the most revered artists in the scene, including Calibre, Total Science, DJ Trace and, of course, the Function head honcho himself, Digital.

The first plate of the 3×12” vinyl release kicks off with the huge roller ‘Least Loved’ from the formidable combo of Calibre and Jet Li. These two first teamed up on Function with a heavyweight single last year and they’ve returned in fine form for this compilation. The intro kicks of with teasing muted drums, which soon fade away to leave only the spaced out electronic notes to lead us into the drop. The stepping drum break and the rolling bass line make a boisterous entrance and combine perfectly to tear up the dance floor.

Sharing the A side with ‘Least Loved’ is the adrenaline packed ‘Stranger Things’ from Kiat. The punchy drums and panicked tones on the intro build an ominous atmosphere, which sets the tone for the deep bass line. A ragga vocal enters on the breakdown while the drums briefly step down to a half time tempo, before full speed is restored for the second drop.

The B side of plate 1 brings Digital’s contribution to the album, which comes in the form of the typically junglistic number ‘Dub Conscious’. The jittering drum break and reggae inspired echoing tones on the intro set the vibe from the outset, before being kicked to the back seat by the entrance of the punchy sub bass.

Sharing this side of wax is the track ‘Born Again’ by Nomine v Outrage, which appears to be a combination of two aliases of the prolific producer Andrew Ferguson, who has featured on Function many times in the past under both monikers. ‘Born Again’ builds tension throughout the intro with ever climbing bursts of an electronic siren, before the track finally reaches sufficient height to be dropped into the rumbling bass line and knocking snares that engulf the drop.

Plate 2 kicks off with a track from Killjoy which snatched the top spot for me from the moment I first heard it. ‘Ghosts of Old’ kicks off with a fairly unassuming intro up until the entrance of some exceedingly heavy drums, which proceed to step out for 32 bars before all hell breaks loose. The drums receive a Dillinja-esque steroid injection while the catchy rhythm of the bass line is sure send feet flying around the dance. This one is a serious weapon to have in the record box.

Next up comes a remix of one of Digital’s all time classics, ‘Deadline’, from a man who’s production has been extremely on point over the last few years: Need for Mirrors. This track has had a few remixes in recent years, with S.P.Y and Dub Phizix both putting their own twist on the classic, and although I don’t think any have quite surpassed the original, this rework from NFM certainly heads in a new direction. Some clever rearrangement of those iconic sirens allows the track to set off on a path we think we are familiar with, before quickly heading on a new and unpredictable trajectory.

Onto the D side now with a track from Seba & Jr Vallo, a duo who have had a few releases in the last couple of years on Fokuz Recordings and Seba’s own Secret Operations. ‘Wasabi’ kicks off with a shuffling drum break and light tones, which are made slightly sinister by a growling synth, which mirrors them with increasing prominence all the way to the drop. The heart of the track lies in the effortlessly heavyweight bass line that runs from the drop, which projects its dominance with an air of relaxation rather than aggression.

Total Science & War are up next with ‘Second Wave’, who’s upbeat intro immediately stands out from the dark vibe set on the previous tracks, but don’t be fooled; this track stands firmly within the heavyweight division along with the rest. From the heavy bass drum and the forgiving snare, to the rumbling bass line and fluttering high pitched tones, this track is full of subtly juxtaposing elements, which culminate in the prefect blend of liquid roller and techy stepper.

On to the final 12” now with the absolutely legendary DJ Trace and his track ‘Spirits’. The intro on this one suggests the slightly lighter vibes may be set to continue, until the Cape Fear vocal sample announces a long growling synth, which is shortly followed by a blistering amen break. These two elements then continue their duel atop the occasionally returning vocal, which preaches “Every man carries a circle of hell around his head like a halo. Every man… every man… has to go through hell to reach his paradise”.

Sharing the E side is Resound’s remix of ‘Primal’: a track featured on Digital’s 2016 album Synthesis. Hints of the original peak through on the stripped back intro of this remix, while a small glimpse is also provided of the twisting electronic synth that fills the drop. The rearrangement of the clanking drums completes the transformation from the original roller into this slightly darker, more neuro inspired version.

On the flip now and the f1 slot goes to Drumsound & Bassline Smith with ‘Gods Never Die’. In their typical style, DnBline Smith have used flexing electronic tones, running drums and an eerie vocal sample to create something with the hype of a jump up track, while still maintaining the deeper vibe of the rest of the album. Bouncing sub bass forms the substance of the drop, while the intimidating robotic synth brings the track to life and sends those fingers shooting up in the air.

That brings us to the final track from Klute, entitled ‘Sick Of It All’. I hope you’ve saved some energy for this one. The speedy drums are present right from the off until they break briefly as the track begins to wind up towards the drop. Running drums, twisting tones and jittering bass send this one off at 100mph with little sign of a let up. Some personal space is definitely a requirement when the DJ draws for this one inside dance.

So that wraps up yet another absolutely dynamite album from the Function Records camp. Head over to their bandcamp to grab your copy on digital or 3×12” vinyl. There are also some sweet t-shirt bundles featuring the album artwork for those who are quick enough! 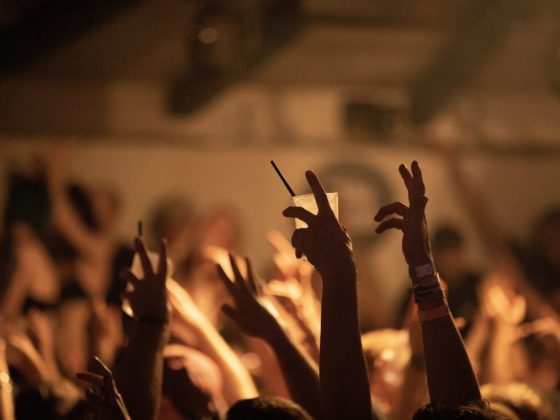 PSA to Register to Vote from Pola & Bryson and In-Reach 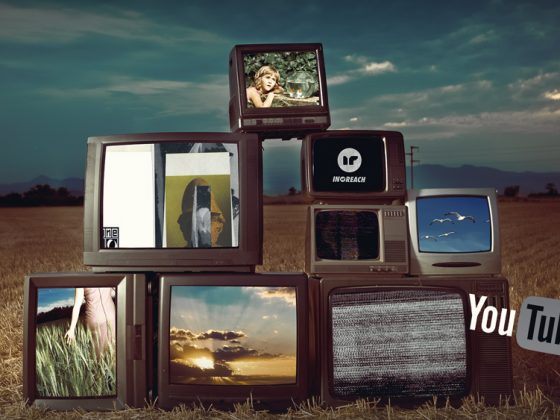