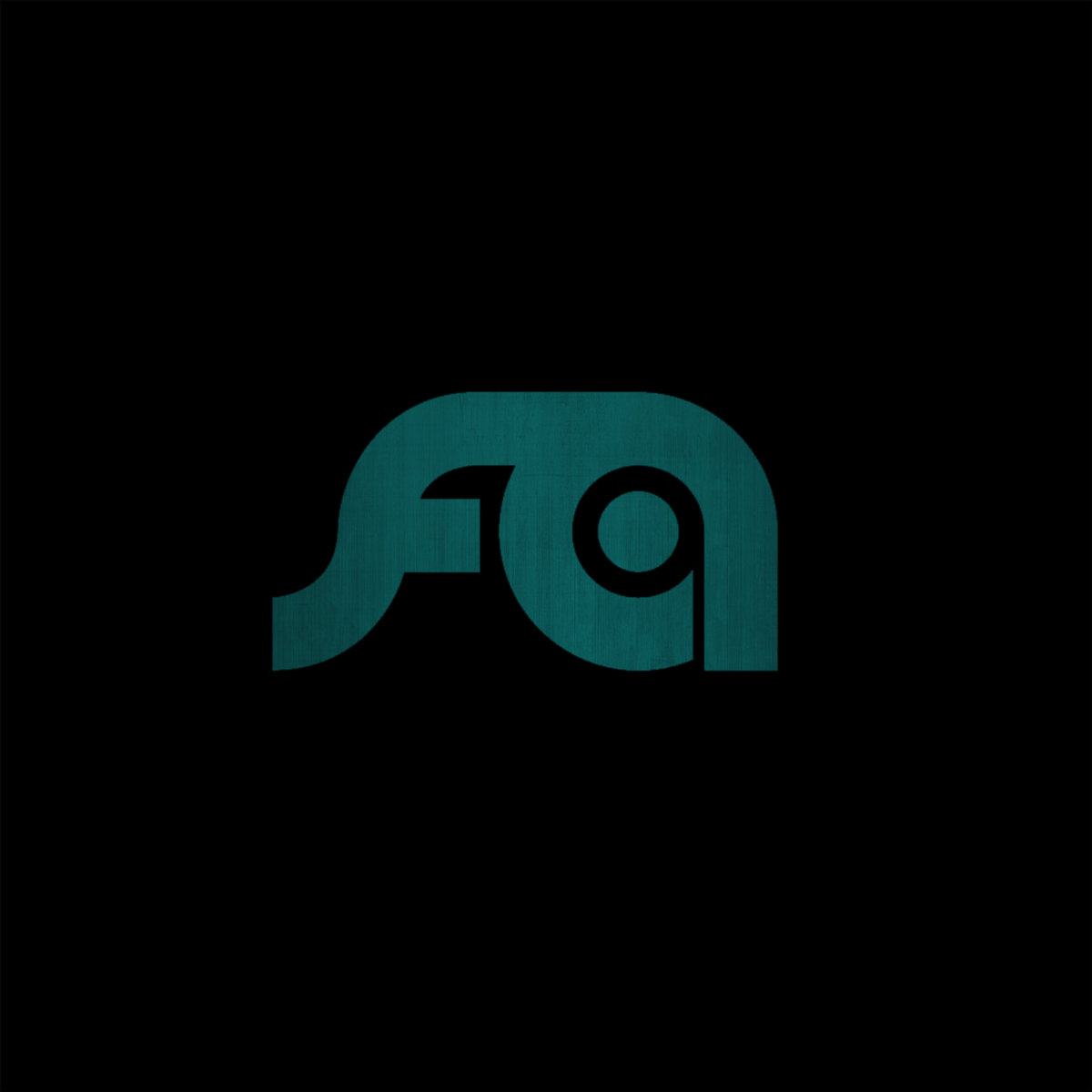 Opaque Vol. 1: An Interview with Transparent

Half-time merchants, Transparent have built a strong reputation off the back of a regular flow of releases spanning back to 2013. When they first came to my attention on a Soundcloud preview back in 2012, it was their dank minimalism, urban hooks and bludgeoning sub low that really pricked my ears up. Since, the duo have continued to roll out the tunes on a handful of reputable, up and coming imprints; from Prox:Ltd, Structured Music Recordings, Sick Brain Music and Halogen Music. But, it’s been Retraflex’s Flexout Audio who have really championed their sound, with the release of Transparent’s generously sized debut EP, ‘Concrete Jungle’ in mid 2014, not to mention the feature on acclaimed VA EP, ‘Coldharbour’ in 2013.

Having spied one half of the drum & bass outfit, Jevon Transparent, DJ’ing at a handful of ‘future beats’ style club nights in Brighton recently, it was a mixture of excitement and intrigue upon receiving the news that Transparent had put together a mixtape of electronic explorations for an increasingly experimental Flexout Audio. A real treat for the listener; Opaque Vol. 1 showcases new horizons for the duo, while keeping it real on the second half with a selection of grown drum & bass cuts. Here, the promo has amassed some mad playtime over the past month, so I thought I’d catch up with Jevon to get a little backstory on the whole thing… 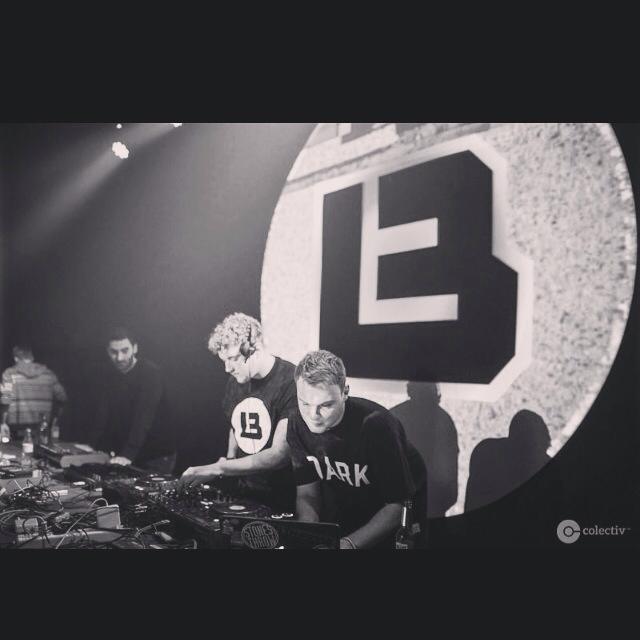 Hi, Jevon. We haven’t heard much from Transparent in 2015. With the release of your Opaque Vol. 1 mixtape dropping on Flexout Audio today, I’m guessing you’ve been pretty busy…

Easy now! Hope all is well.

How did the idea for the mixtape come about?

Opaque Vol. 1 has been a long and dusty road for about a year, as you said in that time we haven’t released much music at all due to the focus mainly being on getting the mixtape right.

I was planning the next EP with Tom from Flexout when I sent him some down-tempo stuff I’d been working on. He loved them as much as me so we thought we should push the boat out a little. That’s when the whole album / mixtape idea came about.

What’s it about the mixtape format in particular that lends itself to what you wanted to achieve?

To be honest, I’ve always wanted to release something a little bigger than an EP and a little more experimental than DnB. So in terms of achievement, I am really happy that it’s happened. At first I was a little sceptical about how the down tempo-stuff would go down with Flexout’s following, but it’s had an amazing response so far.

I can imagine! It’s on repeat here 🙂 Did you have a backlog or tunes or did you set out to create the mixtape specifically?

The mixtape includes tunes that I made over a year ago to tunes I made a few months ago. It’s kind of like a selection of mine and Tom’s personal favourites throughout the time it’s taken to form.

In contrast to your signature style of stark, moody half-time, you’ve infused a more chill leaning to your recent mixes; drawing from the current wave of J Dilla-inspired beats. What’s your relationship to this loosely defined musical sensibility?

I love the whole new Dilla influenced music that is being released at the moment. I have to admit, before I discovered movements like Soulection, I thought music like that was hard to come across. Listening to countless podcasts I almost formed a whole new love into the world of ‘modern soul’. Obviously nothing will top the original sound of J Dilla, but I love the fact people are on the same tip.

Does this feed into your approach to writing?

The bulk of your releases have come via Flexout Audio – a label exceeding itself right now. What is it about the label’s ethos that suits what you guys do?

Well seen as we have been with them for a while and our debut EP, Concrete Jungle, went down pretty well it seemed right to release the mixtape with them. Plus, Tom helped me with track selection and gave me HONEST feedback which is hard to come across these days haha.

Very true! Seems like you’re onto something there. Some of your productions have hinted at an experimental element to your songwriting, but it’s this body of work that has really explored that direction. How does it feel to be putting out something outside of the drum & bass bracket, for listening’s sake?

I love the fact that I have written a mixtape which explores lots of tempos and genres. It’s all about stepping outside the box when it comes to making music. I honestly don’t think I could have made a mixtape strictly at 170 BPM as my passion and creativity towards the genre has dropped within the past year or so. It’s the fact that most ‘minimal’ DnB is listened and judged by people who are looking for technical and robotic sounds. Don’t get me wrong, I love a good old WOMP but music has so much more to it than big basslines and half time drum patterns. Why limit yourself to one specific genre? it seems silly if you can see potential in writing other stuff just as good, right?

Why is now the right time to expand your repertoire?

I think now that I have started something like this it has showed me that writing deeper, more emotional music is more beneficial to me personally. I feel like I have loads of inspiration built up in my head which can be explored in many different ways.

I can hear that coming through on the mixtape. Where did you draw your day-to-day inspiration from during the writing stage?

I have two main friendship circles which I surround myself in. The guys who love classic, emotional, deep and ambient soul music, and the guys who love dirty, stinking, minimal rollers. I have to admit that is where half of my inspiration comes from. One minute I’m listening to Bobby Womack, next minute I’m scanning through the Harry Brown soundtrack, an hour later I’m screwing my face up to some Gamma. The other half comes from my Dad. In terms of musicality he probably has one of the best ears for ideas and inspiration I have ever experienced, as well as being comfortable enough to be BRUTALLY honest with his opinion of my music. He also played the harmonica over ‘Symmetrical’ (Track 1, Opaque Vol. 1) which is why the tune means so much to me personally.

What tempo do you guys find most satisfying to write within?

I honestly cannot give you a solid answer to this haha! I try to explore every tempo from 30 – 180 BPM. Sometimes I even go sample hunting, get the sample in the correct pitch and fit the tempo to the sample. Whatever sounds good will work regardless of the tempo in my eyes. If I HAD to pick…. Like, in a life or death situation… I would say 162bpm is the most satisfying.

Do you ever see yourself moving on from drum & bass altogether? To which extent is 170 BPM music a constant in your musical palate?

Honestly, I can see myself moving on from the whole DnB scene regardless to the reputation I have built with my older music. Although, when I hear new music from groups like Ivy Lab bringing that crazy, swingy hip hop sound and merging it into DnB, my faith in the scene and inspiration for the genre has been restored. For now I still have loads of unreleased DnB which needs to see the light, so I won’t be making any rash decisions for now!

What can we expect as the mixtape series progresses?

I’m currently working on Volume. 2 which is shaping up to be another good one. I have recently switched to Ableton Live to produce my music on and its probably the best thing I’ve ever done. The future is deep and melodic, that’s all I can say 🙂

Interesting! Looking forward to that. Which producers are you feeling right now?

Watch out for C-Side. This guy has some amazing new 140 projects in the making and I can’t wait for the world to hear them. Also, watch out for our forthcoming 140 BPM vinyl release called ‘Babylon Fall’ that’s coming out early next year.

My close friend Nelson (CRUZ) has an album he has been working on. Watch out for this…. It will be reposted on our Soundcloud page as soon as the clips are up.

Mystic State are also working on some craziness as well as a few collabs with us. TRUST ME these will blow your mind haha!

Where can we catch your next DJ set?

Next DJ set is in Vienna, but cannot say anything else in regards to the promoter etc… 😉

Nice.. Thanks for chatting with us!

Cheers, guys…. Until next time…. May the force be with you. x 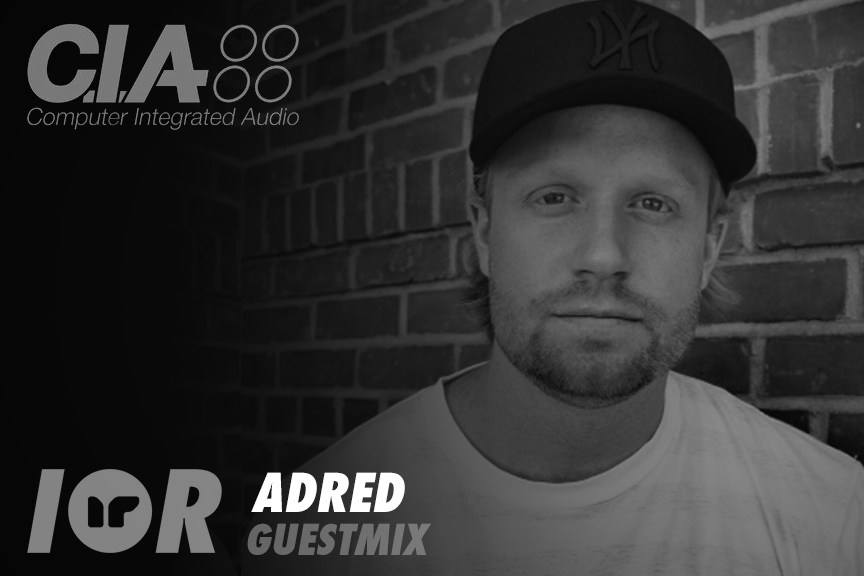