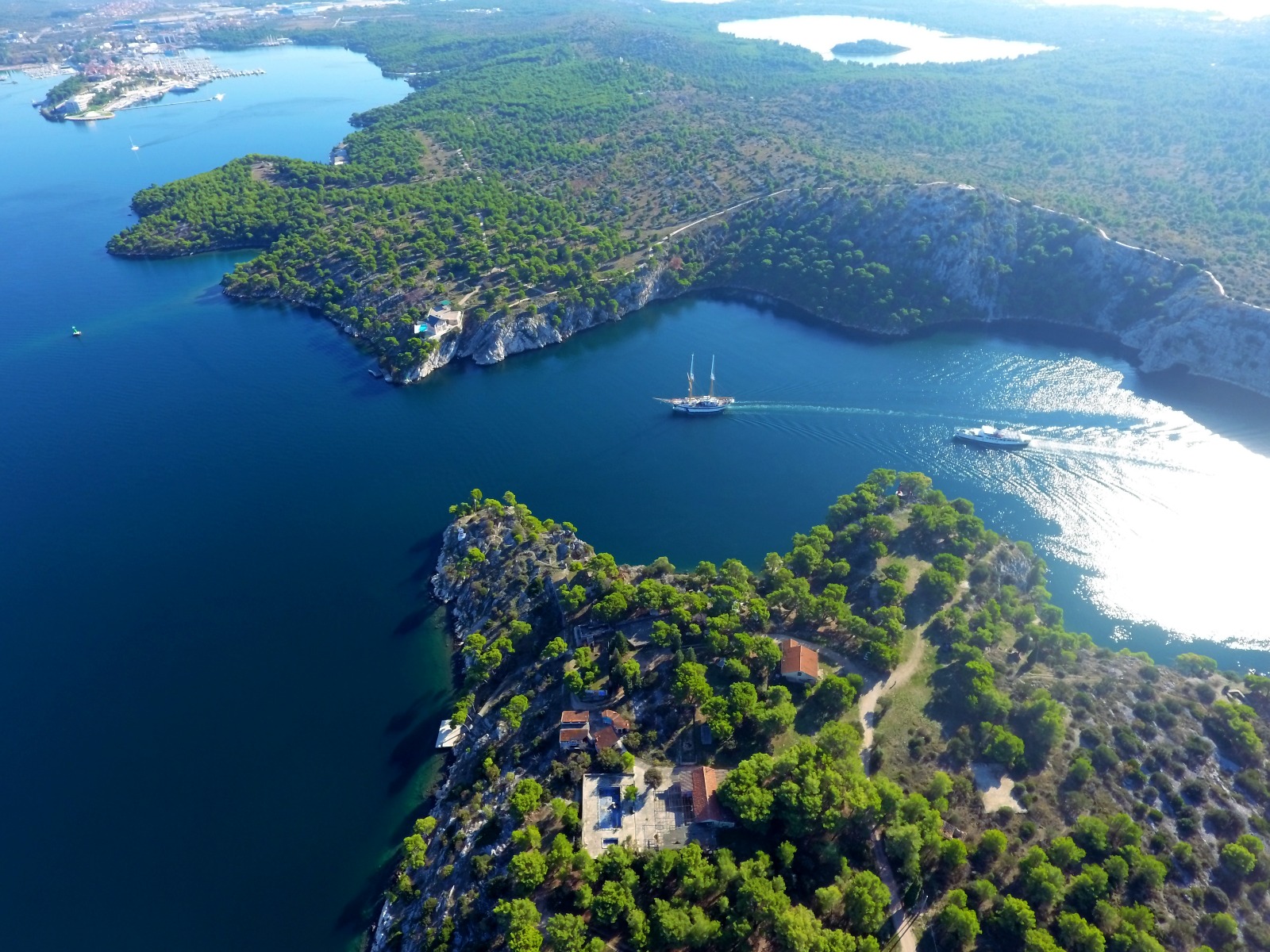 This summer Croatia’s 4th Membrain Festival is playing host to over 80 artists flying in from all corners of the globe, it promises to be one of the most cutting edge electronic dance music festivals happening this summer and its stunning location means you’d be foolish not to go! Read on for more info on this amazing festival…

This year Membrain is partnering up with Bristol’s Noise Test, a well established concept night which focuses on artists who play their own unreleased productions. It has been a magnet for top skilled producers / industry heads for 13 years and you can see the influence they are having on the festival. Check out the full line up here which boasts 80+ international artists representing a mix of cultures and global movements. It speaks for itself really, one thing is for sure – you won’t get bored of the music!

Regarding the lineup it’s hard to define the biggest names, all the artists have earnt their stripes and represent fully but there are a few that we must point out. Firstly there is the force that is Loxy. He is one of London’s biggest drum and bass assets and has been at the forefront of the experimental and deeper side of the genre’s evolution for two decades. Then there’s DLR, a household name representing the cream of the crop for those who like their drum and bass a bit more duppy! Across the line up the whole spectrum of 170 is covered and a lot of it is coming directly from the heart of the UK underground scene where the music originated. Everyone is being advised to prepare themselves for hearing sides to drum and bass they never knew existed…

Don’t be fooled, this is not strictly a drum and bass education, for example the explosive duo Stagga and Magugu will be making their Croatian debut and are sure to bring a huge selection of fresh dubstep/bass/140 sound with them. There will of course be the Magugu’s unmistakable and infectious heavy handed ‘pigeon rap’ alongside!

Hamburg’s Beressi is another example of a key player (in the current LO-FI movement) featuring on the line up of Membrain. Recognised for his specific and classic combination of old skool hip-hop and modern sub bass elements he will also be making his Croatian debut so expect another special set there. Spindall will spin a UK Garage set with residents delivering tons of styles from Grime, Tropical, Dub even some Psy-Trance. 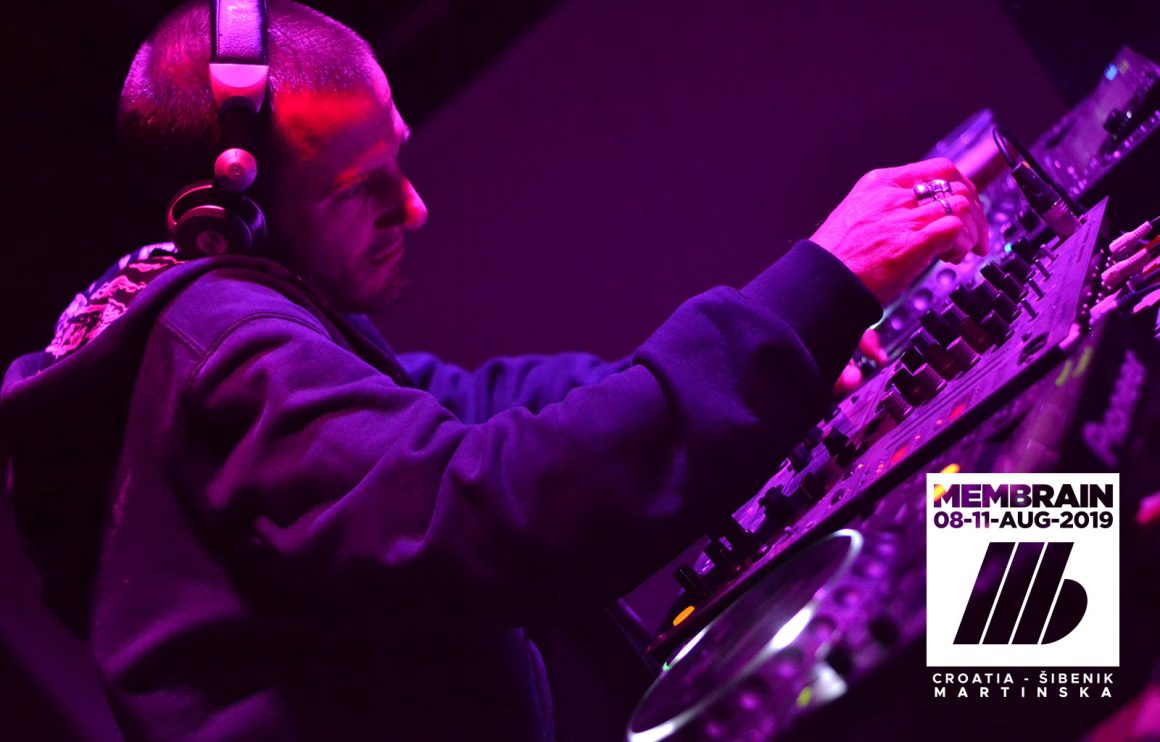 Some of the stages at this festival are extremely inviting and Membrain festival is really offering a special and no doubt unforgettable experience on this front. Expect stage takeovers from Loxy’s Cylon Recordings and DLR’s Sofa Sound for starters! Another will be Samurai Music x Noise Test, with a highlight appearance and last minute addition from The Untouchables – a dangerous duo from Brussels known for their seriously sub heavy sonics. X Nation will also be representing UK Jungle with Foundation X. An appearance from Elevator Sound, Bristol’s experimental modular alliance and UVB-76 Music’s whole super team – Pessimist, Overlook, Vega, Clarity and Karim Maas, teasing the fusion between atmospheric drum and bass and techno with the trio Ruffhouse playing a rare appearance as all 3 members.

Other legends worth a mention are Genotype, whose career has stamped him on every respected label in the scene since day dot and the incredible OneMind, the new collaborative between DLR and Mako. Ireland’s Altex will be bringing that Boey Audio sound alongside Membrain and Noise Test residents across 3 stages and 4 days. We haven’t even talked about the fact all this is in the most idyllic location imaginable. Expect more than your average with sports and fun in the sea too! 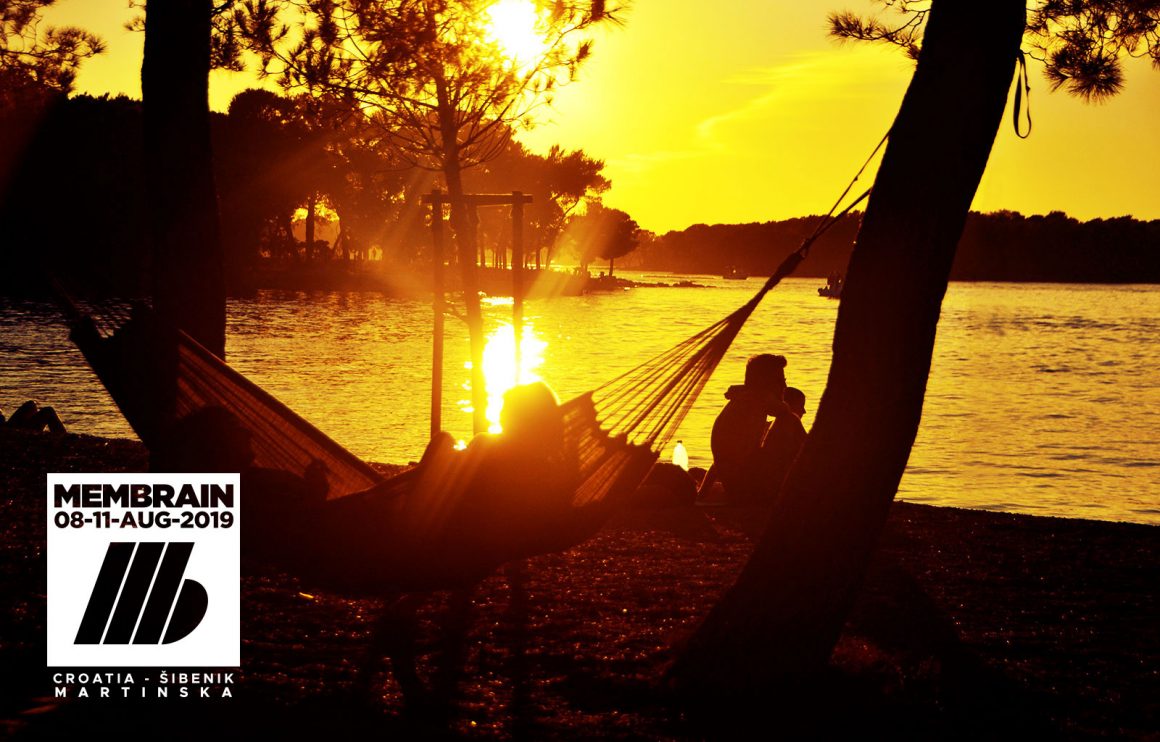 The huge global collective that is Membrain with its four day programme across 3 stages will be remembered for giving you a taste of some of the most exciting sounds to come this year but also for its breath taking location. Have you seen the video above!? Dalmatia is the beautiful region hosting this spectacular festival, more specifically you’ll need to head to Martinska Bay, Šibenik’s newest hot spot for overseas festivals.

Martinska Bay is located just across the water from the main town and is hosting five other festivals this summer, including the cool Rock festival Regius, Seasplash, Nox and others. Getting there is easy enough with a choice of airports to fly in and out of. More info here.

Whole weekend tickets are €80 and local prices are promised throughout the festival. Situated between Zadar and Split there is a vast choice of flights and cheap accommodation in the area. It’s the new favourite summer location for ravers and music enthusiasts worldwide. 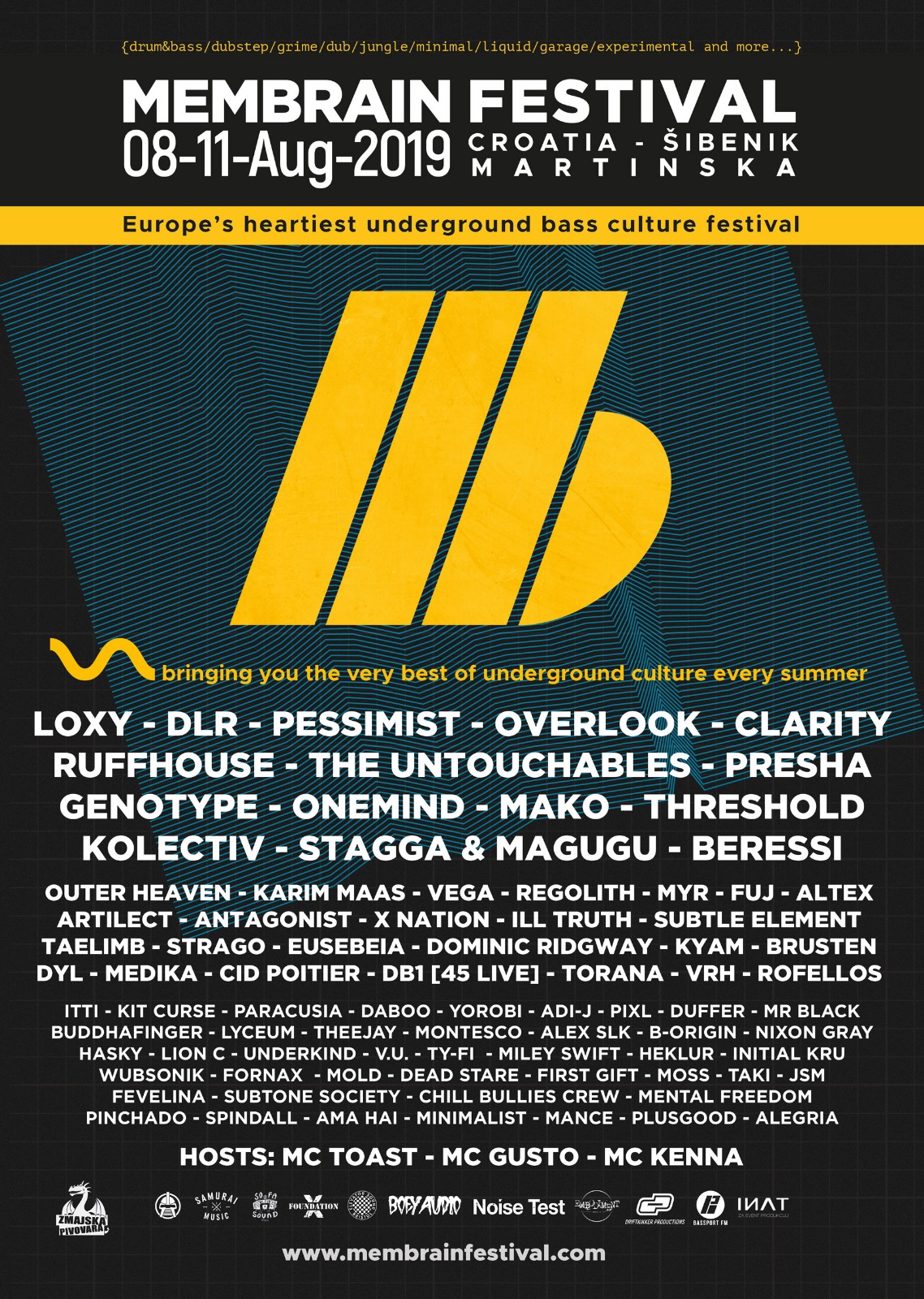 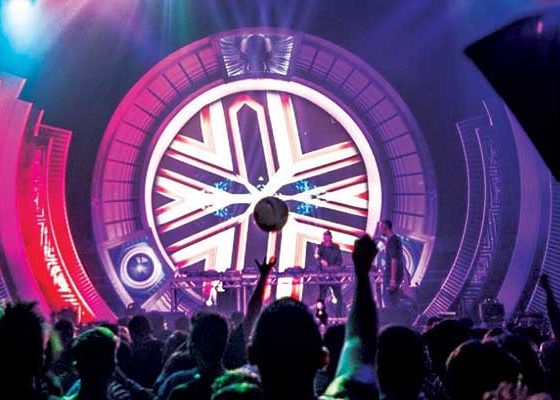 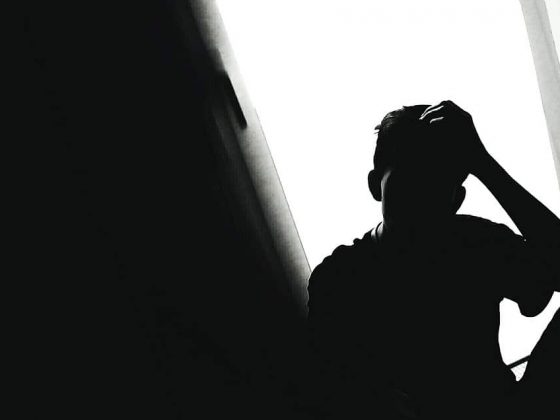