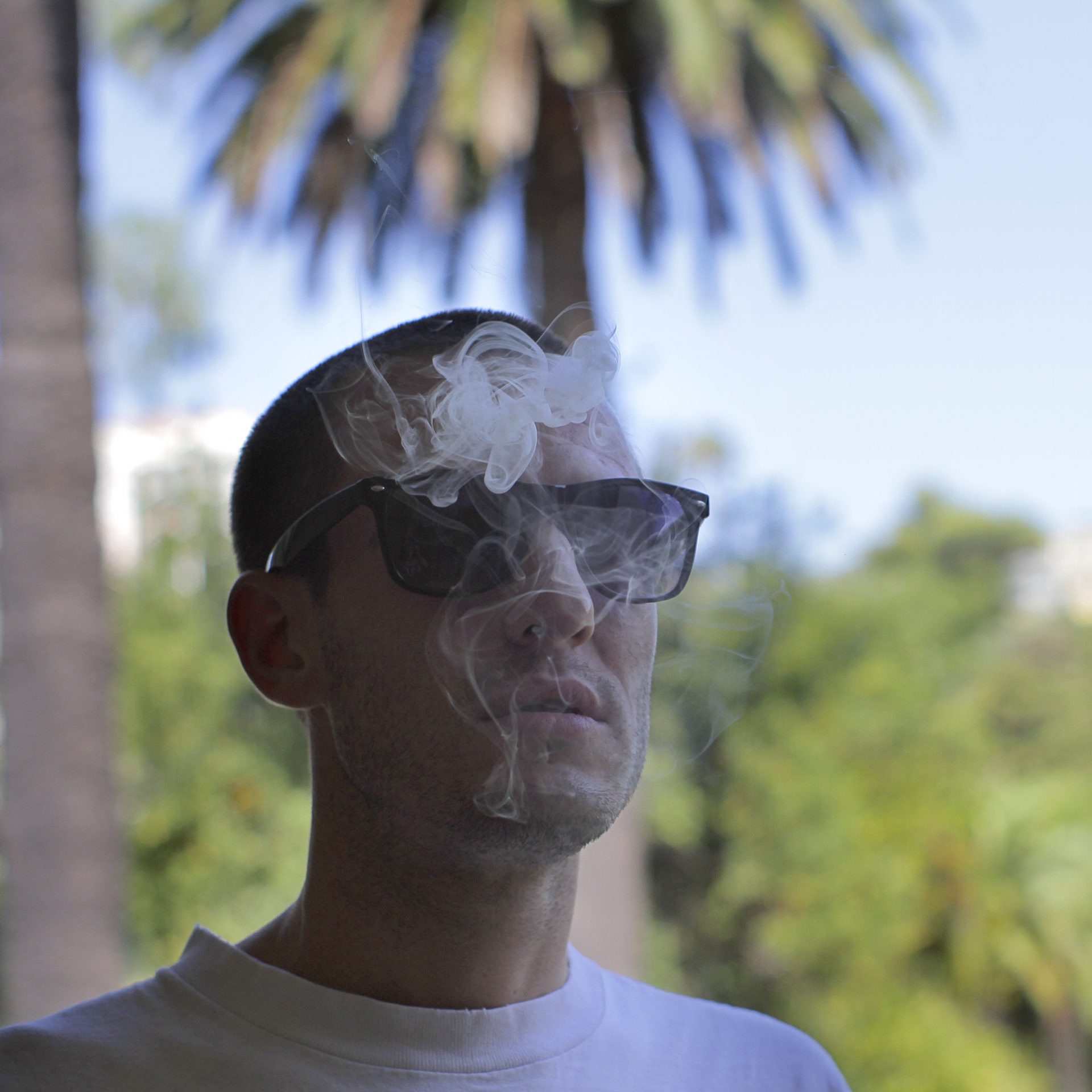 Hydro is one of Drum & Bass’s most consistent and long standing producers with a career spanning over 20 years. Having collaborated with pretty much all of the most respected heads in the game and released on more labels than you can shake a stick at, it’s crazy to think he has just wrapped up his debut LP entitled Lateral Thinking, due out next month.

It’s safe to say when we heard an LP was in the works in collaboration with War, we got a little excited. Lateral Thinking is a testament to Hydro’s attention to detail and shows why he is such a stalwart of the scene. Out on Utopia Music in a few weeks time, we couldn’t think of a better time to have a chat with the man himself to delve deeper into this amazing release. 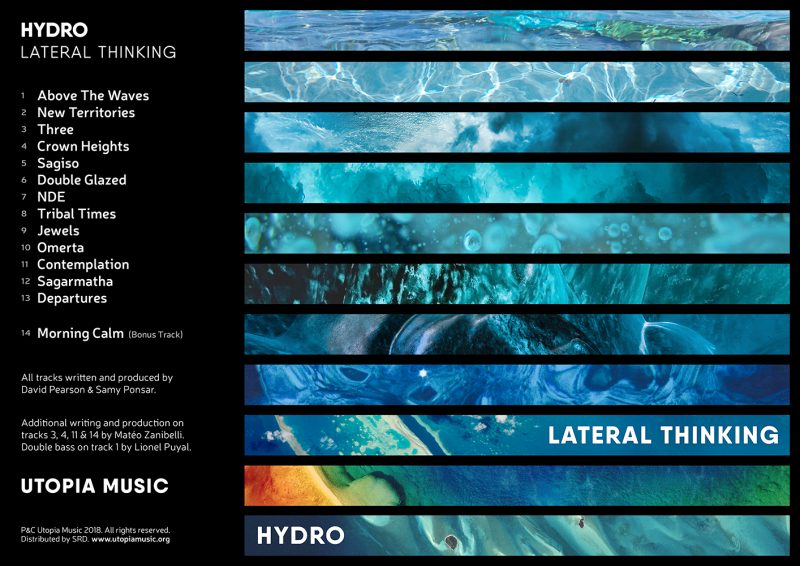 Easy Hydro, thanks for taking some time to chat to us here at In-Reach. How are you doing?

No worries, it’s my pleasure. I’m good, thanks for asking.

Listening through the album I was taken on a serious journey through so many different styles & BPM’s but all tied together with your unmistakable stamp that rings through each track.Can you tell us a bit about ‘Lateral Thinking’ from your perspective and the thoughts behind it?

Sure. I have always loved many different styles of music, both in terms of genre & tempo, but also very much in regards to the types of different moods or emotions that it can bring. I think this is one of the main reasons that I fell in love with D&B, aside from the groove and energy of the 170 bpm tempo, it is literally wide open for all styles & influences. As a young DJ I remember the enjoyment from mixing up the roughest, heaviest tunes with something the exact opposite, musical, light and airy. The combination of the two vibes was something exciting to me, the beauty and the beats. I have always tried to DJ a bit like this and naturally have also approached making music in a similar way. So with this being my first artist album, I wanted to try and offer as many of my various tastes and influences as possible. A showcase of my musical heritage and also my life experiences, in a way. There’s deliberately a journey through different moods, emotions, textures and tempos.

You have been involved in the DnB scene for quite a few years now it’s safe to say! In that time there has been a wealth of amazing singles & EP’s released on more or less all the ‘big’ labels. How come you thought now was the time to make an album?

I think that over the years, several things have lead me to this decision. I feel like the more music I make, the more I’m actually understanding what I have to offer and how best to achieve it. I have been around many other artists and friends who have made albums or whose albums I have even featured on myself. People like Naibu, DLR, Mako, Villem, Mindscape, and more, who have each, in their own ways, suggested that I should release an album and convinced me that it would be a logical next step. So I started to think about this idea, and at the time I was actually sitting on a lot of new music with all of my favourite and regular collaborators. At first I considered some type of mega collab album – a veritable who’s who of badmans. Then one day I was in the studio with War and we were discussing this idea and I was playing him some of the potential tracks for this album idea. Around this time we had been working together more and more and had forged a strong partnership. He suggested another idea, that he was in fact keen to help by engineering a new Hydro album. I had a lot of faith in his technical ability and enjoyed working with him and so it seemed like a great idea. The album was made out of this inspiration, long before I even began to think about which labels or any of the business.

Where did you draw inspiration for this album? Was there anything that particularly inspired you during the process?

My inspirations are good music and life. My output is 100% the result of anything and everything that I have absorbed along my journey. I have been obsessed with music since childhood and was brought up in many different cities and countries. In making this album I really began to reflect on a lifetime of memories… places, people, feelings and of course, all the music. The track titles on the album hint at some of these inspirations, some are quite obvious and others require a bit more lateral thinking.

There is clearly a strong musical connection between you and War, your styles align perfectly. How did you guys meet and start making music together?

We first spoke online, on AOL Instant Messenger in around 2011. I was curious when I learned that he was French, as D&B was not so big in France at the time and coincidentally I had already been working with Naibu, who lived in Paris. Anyways, War quickly told me that he loved my music and wanted to collaborate and then sent me over a few of his tracks. I appreciated his vibes and his motivation and also remember being impressed by a couple of the tunes in particular. Despite liking the tunes, I found them kind of sparse and cold – musically speaking, and I remember thinking that in a way, this could maybe even make for an interesting meeting of styles between us. Soon after that he invited me to DJ at a gig in his home town of Montpellier and we became good friends, and began making music together more and more. 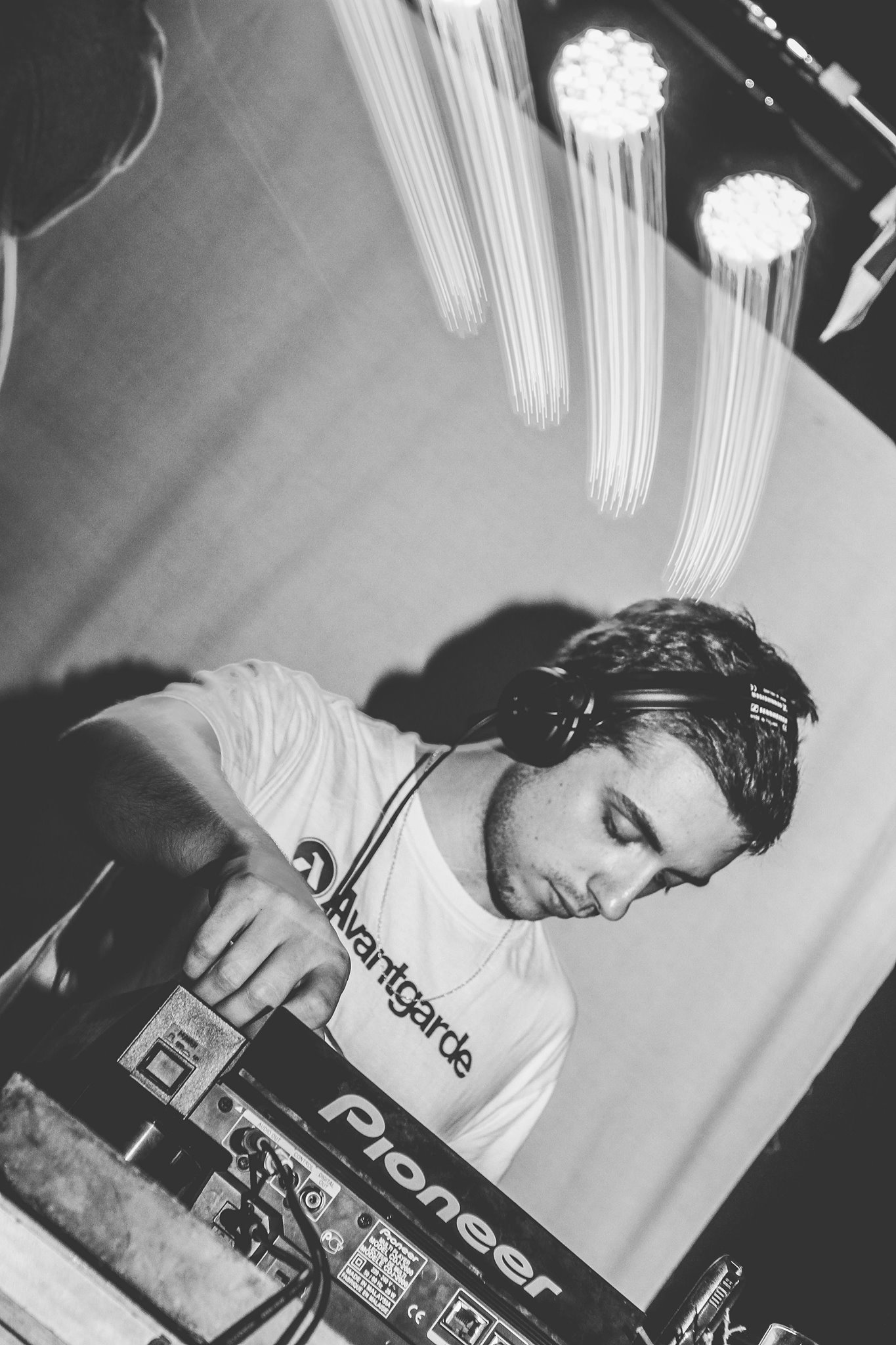 The album see’s only one other artist collab and that is with French producer Mateba. Can you tell us a bit about him?

Mateba is an old friend of War’s, also from Montpellier in the south of France. We met each other, on that same trip, the first time that I went over there to play, and we’ve been good mates and made tunes together ever since. He has great taste in music and a really good ear, not to mention his skills on bass guitar. He now lives over in Toulouse and we still try to get together in the studio whenever possible.

Looking back across your discography you have collaborated with some of the best engineers in the genre over your career. Do you prefer working with other heads as opposed to solo? Have there been any highlights looking back over the years?

I definitely prefer working with other people, making music has always been a collaborative process for me. I enjoy to share that vibe and when that chemistry is good between those people, then the music also tends to be good. I started out as a DJ  in like ’96, and then years later in about 2002 I met Break in London around about the time that he’d began to release music. One day he just suggested that I visit his studio to make a tune with him. At first I didn’t understand what my role would be, I told him that I didn’t know how to use the software and so I wouldn’t be of much use. He explained it like: you’re clearly obsessed with music, you’re a great DJ, you have a huge record collection of all types of styles – go dig out some samples, and bring your vibes to the studio… so I did!

Obviously since then I’ve grown and learned a lot more about the whole studio process, but I still don’t call myself an engineer, at all. And for me personally, I find that sometimes even nowadays, when I do often take the controls, then the more I can tend to get lost in a million different parameters and actually lose some of that directional focus that can come from sitting back a bit.
There’s definitely been too many highlights for sure! let me just mention a few of my personal favourite moments. Like making ‘Immaculate’ with Break and then Fierce actually signing it to his Quarantine label before it was even fully finished. Or the studio session with Naibu when we wrote ‘Data Process’ in his little attic room in Paris. The making of ‘Straight G’ in Bristol with Total Science & War was also pretty legendary, as was the ‘Dredger’ studio session with Kid Drama, DLR & Ulterior Motive, sick vibes!

There are a lot of active labels in DnB at the moment, what drew you to Utopia Music for your debut LP?

I have always respected the label, it has an incredible back catalogue. There’s no chaff in there and that is unfortunately very rare for labels these days. Since becoming friends and making music with the label owner Mako, I have understood that it is all because he only releases music that he feels passionate about and that he also has great taste. Mako had already previously released several of my tracks on Utopia Music, and when he heard me playing some of the album music he was quick to approach me about releasing the project. Prior to that, I had no idea where it would fit really, and then suddenly it all made sense to me. It felt organic and I was also quite honoured that he had asked. The label is based just up the road, here in Bristol, it’s like family, Mako was happy to give me complete creative control over everything including all of the art and design, it all worked out nicely.

How have the tunes been going down in your sets? (I can imagine New Territories gets a massive reaction!)

Ha, yeah it was intended to be ‘the banger’ and it’s definitely raised a few roofs! I’ve really enjoyed the process of testing out the tracks in all types of environments, but especially when DJ’ing. With the album covering so many angles, there are tunes that can fit all kinds of different vibes – which is how I like to play.

One thing that always stands out in a Hydro track for me are the drums. They are so crisp and punchy every time. What’s the secret?!

I love breaks. I am always hunting for sick drums and honestly, there are just loads, like everywhere ! So chop them, layer them up and get busy… but be sure to keep ’em funky.

What’s next for Hydro in 2019? Anything else we should keep an eye/ear out for?

Be on the look out for the launch of my label, Beyond, which will feature incredible new music from Hydro, Naibu, War, Mateba and many more! Also, prepare yourselves for the arrival of  new music from a Bristol crew called ‘The Sauce’ – coming very soon to a lively dance near you 🙂

Other than that, there will obviously be all kinds of new music from me, forthcoming on various quality labels.

Big ups for taking some time to chat to us, really looking forward to this LP hitting the shelves!

Thanks a lot and yeah me too, excited to get it out there

Don’t forget you can pre-order Lateral Thinking right here ahead of the release on 12th April. 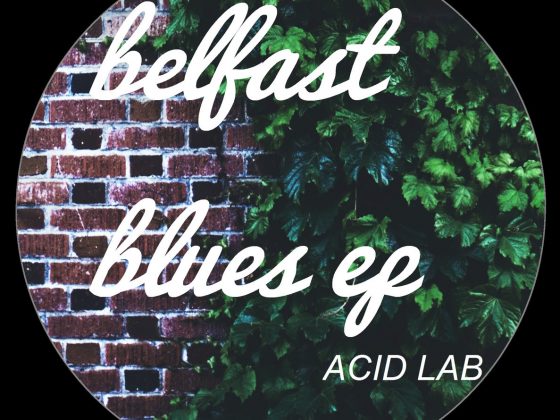