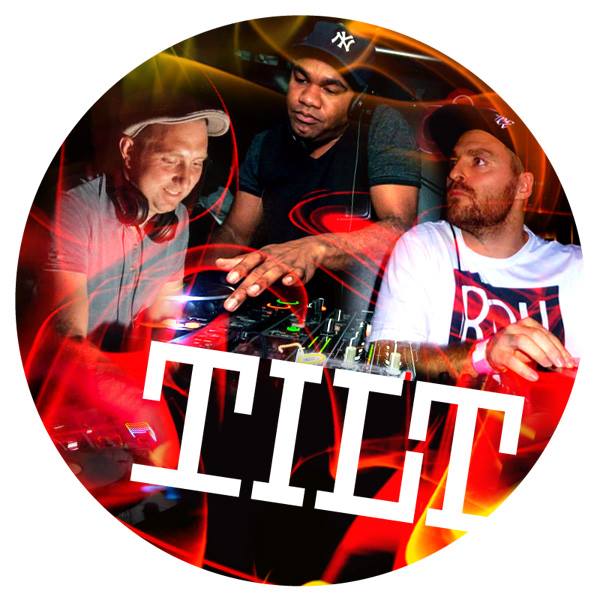 In-Reach caught up with head honcho Paul T, Edward Oberon & Mafs to chat about the launch of their brand new label ‘Tilt Audio’ which officially launched today, Monday 13th January. Paul T has also kindly put together this hot new guest mix for In-Reach, featuring some fresh new cuts from some of the scenes biggest producers. Make sure you check it out below!

Thanks for taking the time out to speak with In-Reach. Can you introduce yourselves for our readers?

My name is Edward Oberon – It is a pleasure and thank you!

My name is Paul Trivett – Thanks for having us.

My name is Matthew Naylor – Ez all

So, we’re into 2014 already?! This year brings a brand new label from Edward Oberon, Paul T and Mafs. How did you all meet? And what made you start up ‘Tilt Audio’?

Paul – Edward and I first made contact via Aim and quickly gained a mutual respect for each other’s musical styles. It was only a matter of time before we began writing together. After about 4-5 years we are still going strong after releases on Good Looking, Mars & Vampire. As for Matthew, (Dj Mafs) I’ve known Matthew for about 22 years and perhaps more. He was ‘that’ person who introduced me to house, early hardcore and my first rave. I’ve always loved his artwork and choices of music. He is head of art direction as well as A&R for Tilt.

What do you think are greatest challenges when starting up an independent label? Do you think today’s technology has made it easier or harder?

Paul – I think it a lot easier to set things up and have your creative outlet heard. That being said, why wouldn’t you want to do it yourself. As we are interested in all things art, we create both our music and image exactly the way we want it to look and sound.

I understand you’re based in between New York/Wales, and Paul T is located in London. How have you found starting up the label being so far away from each other? Do you find it difficult working on productions with the distance?

Paul – We all chat very often regarding label ideas and what songs are suitable. Also facebook group chat does help ha. As for music, if your styles are suited, then it doesn’t matter if you’re sitting next to each other or on the other side of the world. It comes naturally.

In 2009 Edward stepped into the scene with strong support from some of the scenes biggest players including LTJ Bukem, Doc Scott & Fabio. How have the past 4 years been? What’s been your most memorable moment over the years?

Edward – The overall journey and experience has been most memorable from Radio Interviews on BBC, Travels, Performances and meeting and speaking with my idols and peers as well as people from all over the world. In the past four years, I have refined my sound and particular style of drum and bass as well as the quality of production rendered. I have also worked extensively in the fashion sector of new york providing music for several staple houses during Mercedes-Benz fashion week. For over 4 years, It as been extremely enjoyable in all ways.

In terms of interests outside of music, what do you guys like to get up to when not in the studio?

Edward – Out of the studio, I enjoy film, and and am an avid attendee to several theatres and museums. The Frick Collection and Anthology Film Archives are my favourites.

Paul – I enjoy going to my beach hut and switching off and acting like a hippy.

Matt – Graphic design/Illustration is my day job and I also am 1 third of a design led shop specialising in Mid century furniture.

I enjoy both for very different reasons. I have spent the majority of my time in New York most recently. Since relocating to New York (From Wales) in 2001, I travel once or twice yearly to return for 3-4 months to South Wales, and for a time, London. I usually use most of this time to write new material, perform, spend time with friends and producers and todevelop ideas. It is a sanctuary from the madness thatis New York – or better yet, a much needed and deserved change of scenery. I plan to return to UK in 2014 to further my career with Paul, Matt and moreover Tilt Audio.

So, you can sing? Have you ever incorporated this into any of your productions?

Yes. Quite a few. Most memorably Paradise (Released on Creative Source in 2010). Most recently, Ive incorporated my vocals into our current projects which are soon to reach listeners. Just as in Paradise, the vocals will be a featured asset of the music and performances to come.

What artists are you feeling at the moment? Anyone in particular we need to watch out for?

Edward – I am very much excited about the label and music that Paul, Matt and I are producing. There is a great deal of excitement, support and airplay surrounding our current and future endeavors. As for other artists, I greatly enjoy the sounds of Kjell (his newest album is truly groundbreaking), HLZ, Need For Mirrors, Flaco and Random Movement.

Paul – We have a song signed to Bryan Gee’s Liquid V, and we are now working on a e.p for them as well.Our Collaborations with Serum are forthcoming on Liquid V as well.As for other artists, I like Dramatic, Flaco and Scar

Make sure you go cop the new Tilt Audio EP here and listen to the exclusive guest mix below.