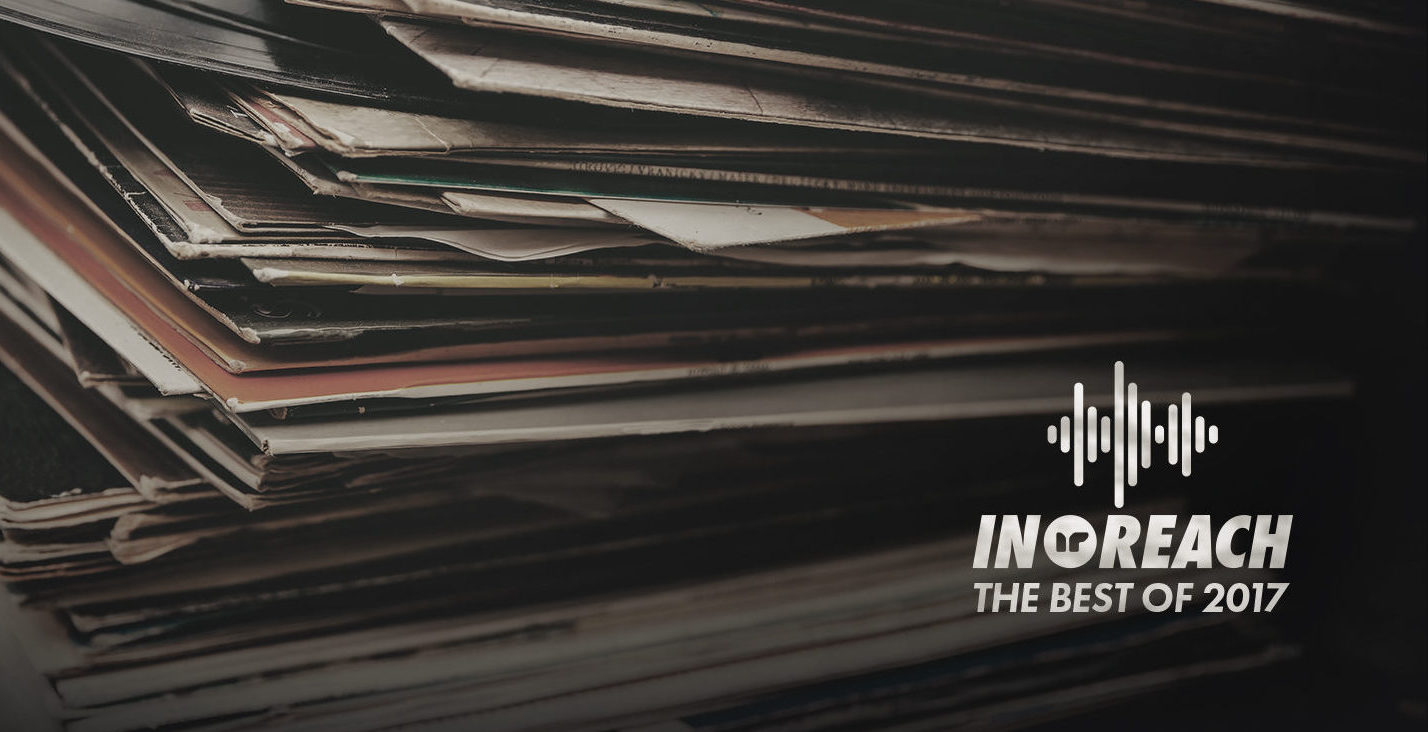 So we’ve reached that point in the year again, time to give your liver a good pep talk and undo the top button on your trousers for the next couple of weeks. But just before we wave goodbye to another year, lets take a minute to kick back and reflect on yet another glorious year of underground drum & bass. This has got to be one of my favourite articles of the year to write; looking back at certain tracks and being reminded of nights and sets you’ve experienced throughout the year gets one on the perfect buzz, and this year’s list is certainly triggering a few of those memories.

With that thought in mind, lets kick of our top 10 singles of the year with a track I’m pretty sure every one of you has been shacking out to a some point in the last 12 months.

‘Cocooned’ is one of those tracks that builds throughout; a new element comes in every few bars to get you moving that little bit more, then before you know it the second drop hits and you’ve elbowed your nan in the face. That distorted drawn out dial tone along with those bouncy beats are a seriously dangerous mix.

Up next is a rare vinyl exclusive courtesy of the awesome Dispatch Dubplate series. These plates are always a source of hearty drums and Amoss & Fre4knc have kept the trend going here with the seventh instalment of this heavyweight run of wax. ‘Redemption’ has every bit of the darkness you’d expect from these two; the electronic growls and running drums make this one of those perfect dance floor steppers.

Now we move on to a man who’s crisp production has always been a big topic of conversation amongst heads, and this year has been no different. With a string of big releases in the past year, there was bound to be a Halogenix track in our top 10 and our pick of the bunch comes from 1985 Music’s awesome ‘Edition 1’ LP. ‘Silver Sword’ has that signature Halogenix sound encompassed in the smooth rolling bass line backed by distant echoed vocals and a clean and intricate drum break, making it the perfect track to summarise what’s been another stellar year for the dnb magician.

Back over to the Dispatch Recordings camp now with the title track from Nymfo & Phase’s ‘Bristol Bombay’ EP. The ambient nature of the intro on this one combined with a few soothing piano notes give the initial impression of a liquid roller, but a swift vibe switch before the drop makes for the perfect prelude to the wobbling bass line and twisting distortions that are to follow. This ones definitely a heavy hitter, best appreciated on a big sound system and guaranteed to induce some screw faces on the dance floor.

Next up is a man who’s been turning a fair few heads in 2017, namely the likes of Metalheadz head honcho Goldie who made his appreciation for this particular track very apparent during his Mixmag Lab set back in May. This one’s all about the bass line and it’s an absolute knock out! The keys on the intro generate a sense of alarm, which is an appropriate warning for the monstrous distorted bass line that hits on the drop. With such a huge debut release on the Metalheadz imprint, Benny’s definitely going to be one to keep an eye on in the future.

Now on to one of the newest artists in our top 10, this Bristolian duo are showing of some serious production skill with this None60 release. The guys have intricately developed a vibe on this track that is beautifully chilled while still maintaining a techy element, most prominently in the drums. The way in which this is done reminds me of the sound on some of the older Ivy Lab tracks, which is a huge testament to the quality of this one. If you’re not already familiar with Ethos, then I strongly recommend checking out their work.

We always expect to see something from the mighty Symmetry Recordings making it into our top 10, but it’s a slight surprise that for once it’s not one of Break’s relentless bangers getting our heads nodding. This time it’s another Bristolian duo in Ill Truth, joined by the liquid maestro Satl and the gorgeous vocals of Charli Brix. This one is one of my personal favourites of the list and its probably one of the smoothest tunes I’ve heard in a while. The deep bass line rolls all the way through the track and is perfectly complimented by the elegant pads and crystal clear vocals, rounding off all the ingredients for the perfect soulful liquid roller.

There are certainly no introductions required with this next artist; the legendary Phantom Audio man is coming at us with the junglistic vibes on this outrageously heavy track. The rapid stuttering drum break is the ideal match for the deep booming bass stabs, making for a combo that’s receiving salutes from every corner of the dance floor. Spirit’s signature sound is one thats been resonating through clubs for the past two decades and there are no signs of that stopping here; the man’s consistent quality makes it no surprise to see him in our top 10.

Over to the Skeleton Recordings camp now with the badman Ricky Force. Skeleton celebrated it’s 25th anniversary this year and it was done in serious style by serving up some of the darkest jungle/drum & bass around. There were plenty of Skeleton tracks in the running this year with the release of the anniversary album, but our pick comes in the form of ‘147’, a track drowning in the dark 90’s vibes while still holding on to that modern touch. The drum break makes itself known without taking the spotlight away from the deep wobbling bass line, while the constant subtle switch ups mean the track never rests for a second. This one just flows so well from start to finish it seems to be over almost too quickly!

Now for the final track of our top 10, we head back over to the Metalheadz camp with Kid Drama and his ‘Trife’ EP. The Vinyl copies of this flew off the shelves pretty fast leaving a lot of heads pining for a repress, and after a quick listen, it’s not hard to see why. Our pick for this one is the bouncy little number that is ‘Articulation’. The twanging bass line carries throughout this track always backed by the punchy drums, but its the second drop that really gets me. That twang now gets answered back by the barking synth rounding off the unnatural yet captivating sound of this track.

Now we move onto the albums category. Considering the relatively small scale of the underground dnb scene, I’m always amazed by the amount of incredible albums we see year on year, making this list a difficult one to narrow down. However, the team has pooled together and after much deliberation, we’ve come up with our top 3.

This is an absolute dynamite LP with tracks catering to many different tastes from the likes of: Jaybee, Madcap, Seba, Benny L, Randall and many more. Mac II began back in ’97 with the grand daddy of drum & bass DJ Randall and the labels debut single ‘Soldiers’, and it’s content has definitely favoured quality over quantity ever since. Now in it’s 20th year, nothing has changed; the quality of this VA album is through the roof! Personal favourites here include Madcap’s soulful little number ‘Rain’; I’m absolutely loving the flexing bass line and clapping snare on this one. ‘Who Let You In’ from Hoppa, Gusto and DLR also deserves a big mention, this one is a certified screw face inducer with a first drop that has that jump up wobble vibe while on the second drop it evolves into a sort of early Virus Recordings sound. To be honest the quality is so high on this release its almost impossible to pick out a favourite, which is all the evidence required to cement this albums spot in our top 3.

Next up is the only solo album of the 3 and it comes from the ever emotive sounds of Soul Intent. Over the past decade Soul Intent has released tracks on a variety of labels including Commercial Suicide, 31 Records, Samurai Music and more, but this time it’s his own imprint Lossless Recordings that plays host to his diverse production. This album is an excellent showcase of Soul Intent’s artistry, it feels like a lot of time and energy has gone into this selection of tracks and it’s really payed off. From the gentle and somewhat ambient ‘Into The Unknown (For Diane)’ to the rowdy stepper that is ‘Too Funky’, this album covers all bases and it does so in fine style.

Now we finish off our list with a late entry, this one only came out a couple of weeks ago but it’s already getting lots of love, although you’d expect nothing less with tracks from Halogenix, Alix Perez, Chimpo, Ivy Lab and more. A lot of these guys have an experimental nature about their music, as does the label in general, so this one’s not just your straight forward dnb album. The album is pretty much split down the middle with the first half featuring more of the half time/down tempo stuff, while the second half sticks to the 170 side of things. Honestly I’m not usually too keen on the down tempo bits, however I can definitely say a few of these got my head nodding; the bass line on Compa’s ‘Back You Head’ is an absolute bulldozer and I’m loving the chilled vibes on Ivy Lab’s remix of ‘Oksana’. My personal picks however, lie in the second half of the album; I can’t stop listening to Sabre’s ‘Holy Water’ and I’ve been forced to stop listening to Perez’s collab with Skeptical ‘Vault’ due to chronic neck pain. All in all this is collection of tracks from some guys at the top of their game catering to a range of tastes and it’s done brilliantly.

So that concludes our choice cuts for the year, but before we go we’ll leave you with something to carry into the new year with you in the form of our artists to watch out for in 2018.

Hailing from Toulouse, Montgomery Brimley probably sounds like one of the poshest blokes you’ll ever meet, however his music tells a different story. After a few filthy releases including his dangerous debut single on Optiv’s Red Light Records, the frenchman bagged himself a release on the mighty Critical Recordings with the tenth volume of their Binary series and more recently, his track ‘Tribes’ featured on one of our top 3 albums ‘Edition 1’. It seems like every time this guy brings out a new track his production steps up another gear. Expect to hear a lot more from Monty in the near future.

Another big talent whose recently joined the Critical camp is Italian producer Kiril. After a debut 12” on Alchemic Breaks back in 2015, he was let loose with his own instalment of the Binary series: Volume 12. I can’t get enough of Kiril’s production, everything is ultra clean and the man really knows how to craft a proper roller, check out ‘Minimal Instinkt’ and you’ll see what I mean. A trip over to his soundcloud page is definitely recommended, you can check out his latest release on The Dreamers Recordings and he’s even got a free track up there! I’d act fast though, something tells me this guy won’t be giving out these gems for free forever. 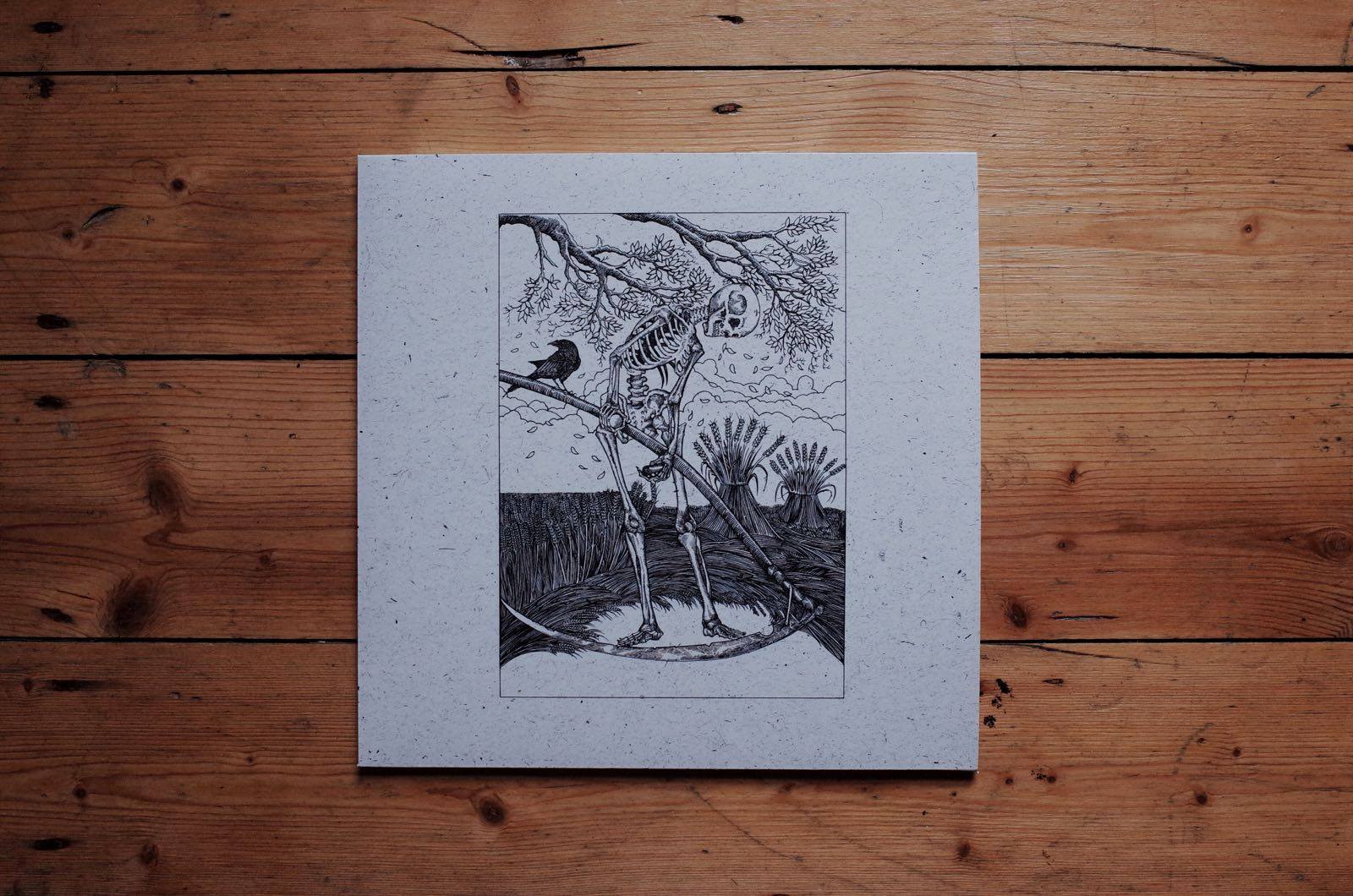 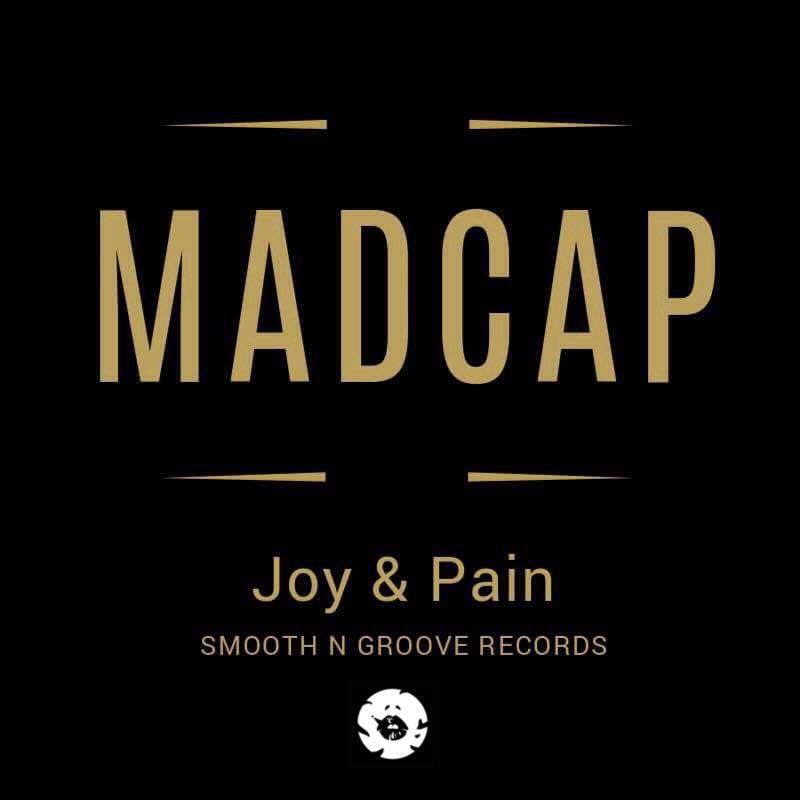