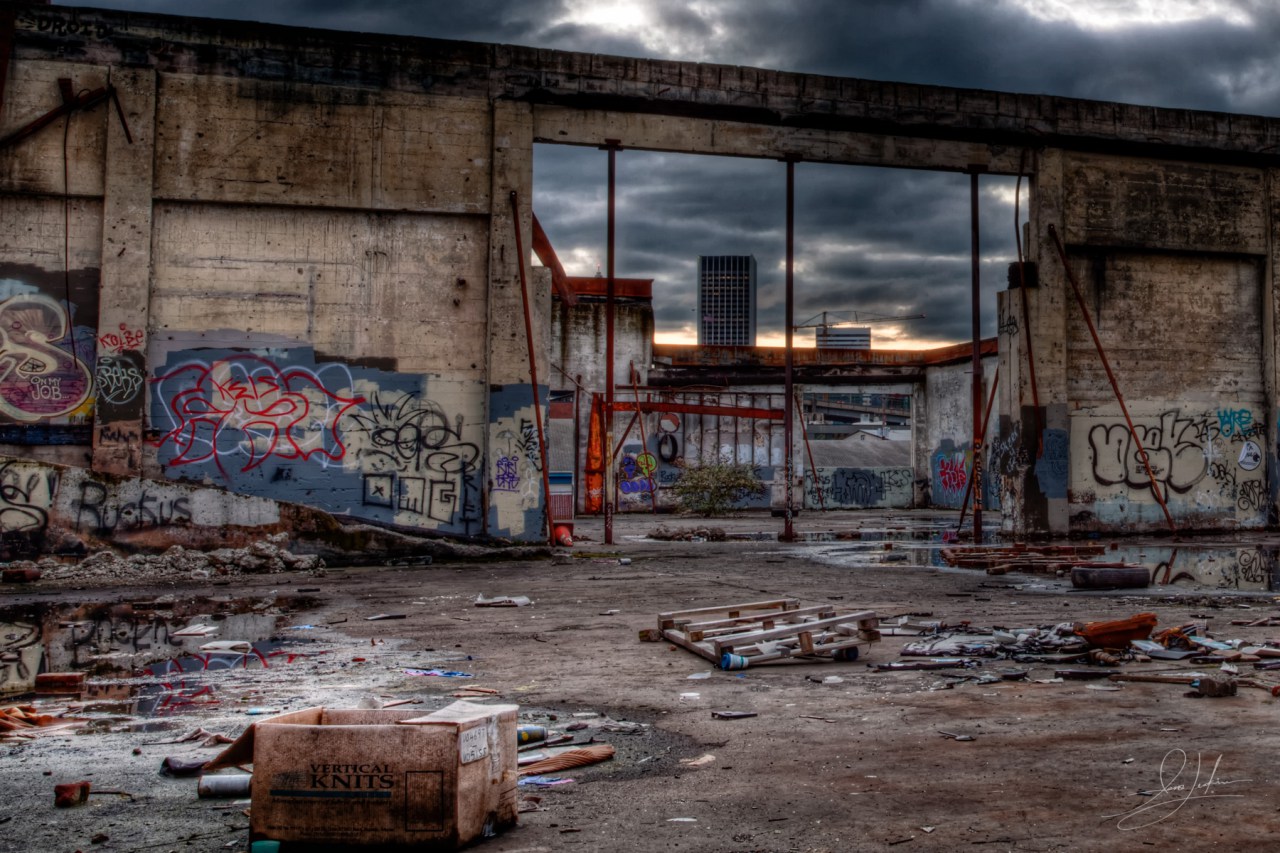 At In-Reach were all about documenting real grimy underground culture, and nothing represents this more than a new film currently under production entitled “Taken Out” written and directed by Dominic Beeput, one of our pals over at Cant Buff This. Regular readers of the blog may remember that we featured them in a post a while back throwing their first episode of a burner set by Dzire into the spotlight. Since then we have received word from the man behind the camera Dominic Beeput, that he is currently preparing to start shoot on a new graffiti short, and we just had to find out more!

“It is the story of a rivalry between two graffiti artists and how far they will go to defeat each other.”

BIG things are expected from what we have seen of Dominics work so far, and  if what he has produced for CBT is any thing to go by the visuals will be surely stunning. If you haven’t already checked the other Cant Buff This videos, heres a little taster of what to look forward too.

The film is already making massive progress, and Dominic has signed up top named actors such as Theo Barklem-Biggs (Jake from Silk) and Ria Zmitrowicz (Jodie from Youngers) to take roles in the production, as well as John Macmillian (Harry in Hustle) who has come on board as assistant producer.

The In-Reach camp cannot wait to see the finished film, and couldn’t wait to find out more. So we decided it was only good and proper we sat down with Dominic the films creator, to pick his brain for as much information as we could. Check the interview below.

So before we talk about the film, some of our readers may want to know a bit about who you are and what you do. I know you’ve been around on the London graffiti, skate and music scene for years, but for those that don’t know, who are you and what are you about?

“My name is Dominic Beeput, I am an ex-skateboarder and graffiti writer turned filmmaker.”

Lets get right into it. How did the idea for Taken Out come about and how long has the project been in the making so far?

“The idea came about because I had just left film school and wanted to create something of my own which is set in a world that I know. Graffiti is a very controversial subject but it goes a lot deeper then, is it art? Or is it a crime? It is a very interesting and unique world.”

From what I understand the film is about fictional writers engaged in what I presume is fictional beef. In your history with graffiti have you experienced beef your self? and if you have, are any of these experiences the inspiration for the story?

“I myself have been involved in graffiti beef yes. Due to hanging around with a friend who had a beef with a well-known graffiti writer, I got entangled in it also. But graffiti beefs and rivalries go hand in hand with the act of graffiti. Each writer wants to do better then the other, so when one gets ‘Taken Out’ by another it becomes like a game of cat and mouse and a war for power and respect, which can end in many different ways.”

The best bit about graffiti films is of course the graff! Are there going to be any action shots in the film? And what writers have you got on board?

“Yes there will be lots of action shots of the graffiti, as we do all love them. I am contacting some friends who are well know London graffiti writers to come on board to do the graffiti but I can’t give away any names at this moment in time as it will spoil the surprise.”

In the last few years there have been a few graffiti based, feature and short films released. “Whole Train” and “Bombers” to name a few. How does your film distinguish itself from these already successful titles?

“The difference with my film is that I am not saying graffiti is good or bad. I am just trying to show the motivations, dedication and the determination of a graffiti writer when his work is destroyed and how far they may be willing to go to defeat their rival. Graffiti is a very personal and egotistical act and destroying another’s work is offense worthy of the most violent punishment in the eyes of most graffers. How far will someone go? This is what the film is about.”

In my own opinion these films were whack. The action felt dry and there wasn’t enough graff. I much prefer real flicks such as “Terror Fabulous” and “Dirty Hands”. Am i missing the point? Will Taken out disappoint me?

“The thing is graffiti writers love the adrenaline rush from the act of graffiti. That is why films such as ‘Terror Fabulous’ and ‘Dirty Hands’ are so popular because they are shot documentary style in the train yards with the graffers so you feel the rush as well. From jumping the fence, sneaking in the yard, painting the train to running back out. But to an average person that only furthers the stereotype of mindless vandals. My goal is to show the general public what it is like to be a graffiti writer, for them to step in their shoes and understand their motivations and hopefully feel different about the subject after they have watched the film.”

I see you’ve raised endorsements from the boys over at Dephect and you’ve got some top acting names in the line up for the film. Will there be a sound track to drop as well? What music/names can we expect?

“I am in the work of creating an original soundtrack that will be unlike a typical graffiti film without the uncontrollable hip-hop and forced adrenaline pumping music. I want to create a cinematic and atmospheric soundtrack that enhances the visuals, gives real emotional feel as well as setting the tone and mood of this dark underworld. The sound track will inspired by such Trip Hop artists as Amon Tobin, Bonobo, Emika, Ghost, Lorn and many others.”

Films a difficult industry to make movements in, but we have to give you props with how well your self promotion and the project have come so far. It shows the passion you have for making this film a success. Have there been any major issues or barriers you have come up against in trying to make your vision a reality?

“The biggest difficulty is finding original and illegal locations to shoot and do graffiti in without paying thousands of pounds for. One of the other difficulties is that I want to shoot most of it at night, which can cause it own set of problems. The last problem is that I am a broke filmmaker who is trying to fund this project myself, which is why I have tried to get the help of crowd funding through my website which I have just launched.”

Whats the best way for others to support this film? Are there any other people you’re still looking to get involved?

“The best way is to visit the website and donate to the funding of the film. Even if it is five pounds, we aren’t asking for people to give lots just whatever they can afford as it all goes towards the film and none of us are getting paid. Other ways including posting blog and website features such as this to help us get the needed exposure and just share the project on social media sites. I would like as many people to get involved as we can. Anyone who wants to be involved or feels they have something they can bring to the project can email us through the contact page on our site and we will get back to you.”

Is there any thing else in the works for you at this point in time?

“I am currently just concentrating on this project, as I want it to be as good as possible. I also have aspirations of turning ‘Taken Out’ in to the first London graffiti feature film but that will depend on the success of this short film.”

Safe as fuck for answering those questions man. Really hyped to see the film, keep us in the loop with the production. Is there any one you wanna give a thanks to before we sign off?

“Thank you In – Reach for helping us spread the word. I would just like to thank everyone involved so far, who is helping make the film. Theo, John Ria, Natalie, Cleo, James, Jay, Andrew, Morgan, Esther, David, Dephect, Cantbuffthis and all the graffiti writers / fans who are supporting us. Peace.”

Serious stuff right there! Really looking to see the finished article on this one. Taken Out is It is being shot around October this year and is looking to be finished by December. If all this is completed Dom and the crew are looking at an on-line for spring 2014. As you read there guys Dominic is,

“a broke filmmaker who is trying to fund this project myself”

So this is a project that seriously needs support,

In the mean time check our personal favourite Cant Buff This video featuring London heavy weights Crept and Met to see more of what Dominics production is about. London writers wont be disappointed on this one. (Just a heads up, the ending is pretty out there)