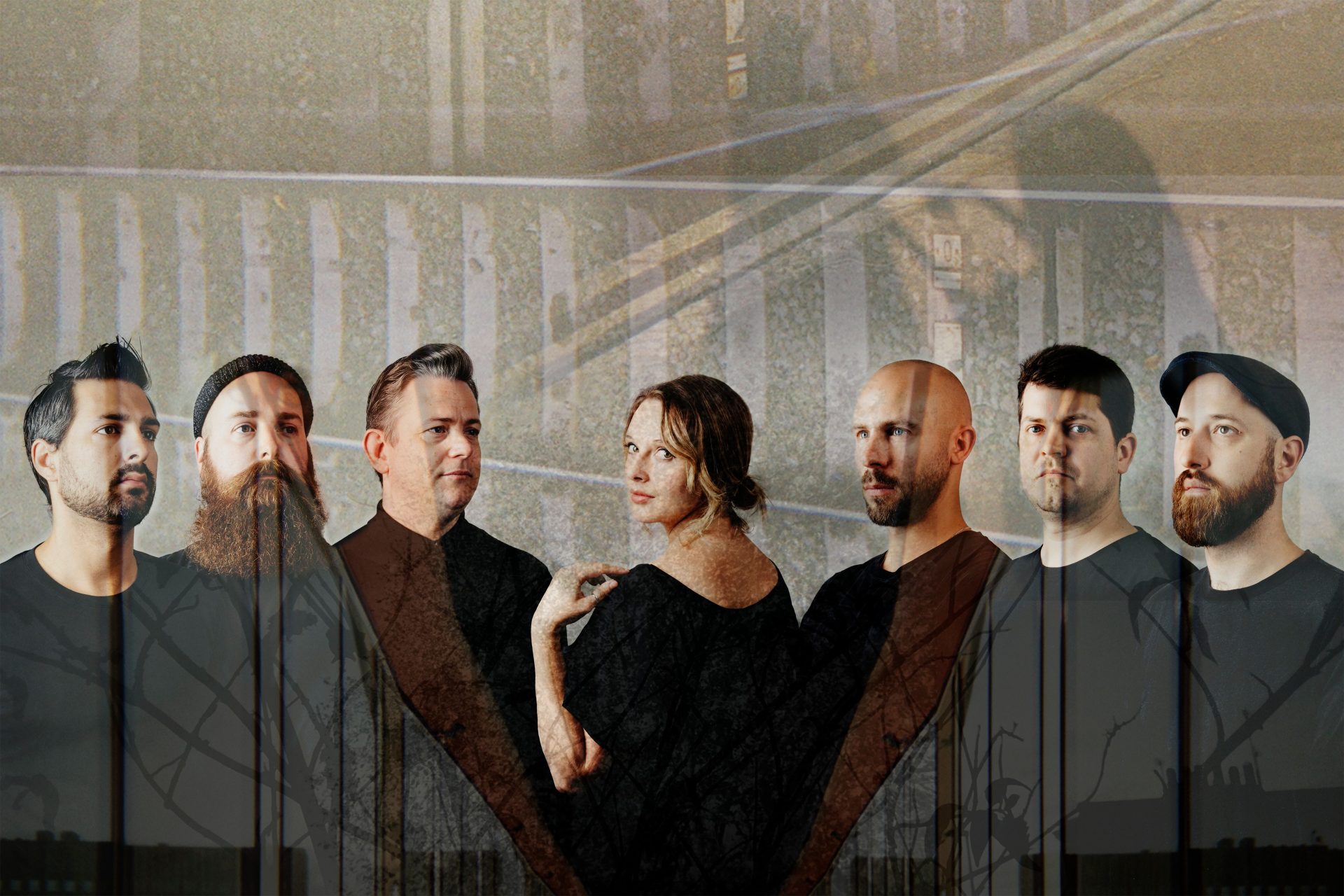 In a fast-paced, high-demand, information overload of our world today, music has followed suit, we can barely wait for the drop, let alone think about the melody, the key, the inspiration behind the track.

In 2009 a seven piece band was born in Leeds, they combined minds to formulate music inspired by Dub step, Soul, Ambient, Electronica, Jazz, Dub and everything in between. They bridged the gap between live music and DJ set, Analog and synthesised, classical and modern. Submotion Orchestra produced a whole new era of cool, the music that would impress your Grandma, and I will never forget the first time I heard their music.

With a 10 year History of innovation and musical independence, spanning 5 Albums and 3 EP’s, there was really no introduction required for Submotion Orchestra; but we have been lucky enough to catch up with the Drums of the collective – Tommy Evans, and here we have an insight into the group musical genius:

Q1: The first time I remember hearing the name ‘Submotion Orchestra’ was on a Central Beatz podcast back in 2009 or early 2010, but I didn’t experience the energy of your live show until Bestival 2012. What has been the most memorable live performance for you as a Band and why?

We’ve been lucky enough to do lots of amazing festivals and gigs over the years so it’s hard to pin the most memorable one. Some of the shows we’ve done at Outlook Festival have been very special for us; the early ones were really important because it was during a time we started taking ourselves more seriously as a band. We played in Outlook in 2010 for the first time and it was such a turning point for us – we realised we belonged on a bigger stage and it felt good, so that was very memorable for me.

Q2: One of the key influences of Submotion Orchestra is Jazz, a genre that evolves around improvisation, have you formulated some tracks spontaneously as a group, or has the process always been fairly structured?

The writing process is completely different for each track we’ve done. We’ve written songs in almost every possible way you could imagine over the past 10 years from tracks that have been written by just one person from the band to tracks that have developed completely from improvisation. When the band first started we used to go to this bar called ‘Hukaz’ in Leeds and we’d just jam, so a lot of the early material just came from jamming at a bar on a Monday night.

It’s difficult to predict what process will and won’t work- sometimes you can spend hours, even days, on a piece of music that you feel is really good but turns out to be useless and other times you can spend five minutes during say a quick jam or soundcheck that can turn into something amazing. The process is hard to predict however you’ve just got to enjoy it and feel confident that at some point something great will come along.

Q3: I find it hard enough to keep up with one or two close friends in my life, has it been difficult over the last 10 years to stay close knit as a band of 7? Is there a group chat that has stood the test of time or has there been some periods of silence like any good friendship?

I think what’s probably held the band together is as individuals we’re actually such different people. We all come from various backgrounds and are interested in such diverse things so that when we come together it becomes a weird mix of backgrounds and musical styles, with different approaches to music and I think that’s what’s kept it fresh. We’ve never stood still for too long and our music has always been something that we aimed to move forward. Of course there are ups and downs like any group of people – if you work in an office with the same people for ten years inevitably, at some point, you’ll have issues with the person sat opposite you! But Submotion all share the same sense of direction and goals plus we’ve got so much respect for each other musically as well as individually. We’re pretty tight knit; it’s a family (however family’s do scrap too!)

Q4: Has there ever been a specific artist or even track that you have bonded over as a band? Maybe that track that inspires you, or never fails to fire up the confidence before a big gig?

It’s really hard to just pin one particular track that has inspired us however on a personal point of view, I remember hearing Dom Howard aka Ruckspin’s track ‘All Night’ which was one of his first tracks on Ranking Records, this was before Submotion had started but I remember hearing this track and thinking ‘If we can do something like this live then that’s got legs’ so that’s really how we got Submotion Orchestra going.

Q5: With a band of 7, with 7 influences, tastes and personalities there must have been one or two voices stronger in the production of that first track. Can you remember how the first Submotion Orchestra track started life… the initial idea or melody, or even the track name?

The first Submotion Orchestra track started with myself and Dom just faffing around in his studio. We were playing with potential ideas and getting things out there by combining ideas in the studio but also but also toying with the idea of playing as a band.

I also used to work as a drum teacher in York and there was a big secondary school in Knaresborough where I taught but none of my students ever turned up (don’t know whether that was a reflection on my teaching or not…?!) so I used to have two and a half hours to myself with a piano in a practice room and I remember that’s where a lot of the first Submotion Orchestra tracks were written. I didn’t actually own a piano at the time, so it was the only time of the week I had an acoustic piano in front of me; tracks like ‘Finest Hour’, ‘Hymn For Him’ and ‘Angel Eyes’ were written in this practice room on my own.

I find that if you speak to a lot of touring musicians they’ll tell you that tracks get written in weird places; it’s not when you put a day aside to sit down and write music. It’s actually quite hard to suddenly turn the creative tap on, it’s much easier to allow the tap to be gently on all the time and allow ideas to drip in – if it’s in a practice room at a secondary school in Knaresborough then happy days!

Q6: December 13th 2019 we will see a new release from you, a celebration of 10 years! How did you work together to decide the direction to take with this track? Was it difficult producing a track that would mark a decade of your musical journey?

We have a new track coming out soon which is a bit of a curve ball – it’s an interesting new idea that we wanted to put out there to keep the process exciting because that’s what’s important for us as a band but also for our fans.

I think the most important thing (which may sound like a cliché but is absolutely true) is to never write any music that you don’t like. You have to stay true to making and playing music that you like and if other people like it then that’s a bonus. But if you’re writing music to please other people then you’re failing from the start. First and foremost you have to write music for yourself because then it has honesty behind it; then other people will find their own story and truth behind your music. It has to come from the heart and that’s the best advice I can give.

Some seriously good advice there from Tommy to end our Q&A. You can look forward to the new single from Submotion Orchestra, dropping December 13th. Take a moment to reflect on 10 years of beautiful production and unity, real music, real feeling. One of my favourites “All yours”, the original is sensational, but the S.P.Y remix will always hold a special place in my heart. Thank you to Submotion Orchestra for giving us 10 years. 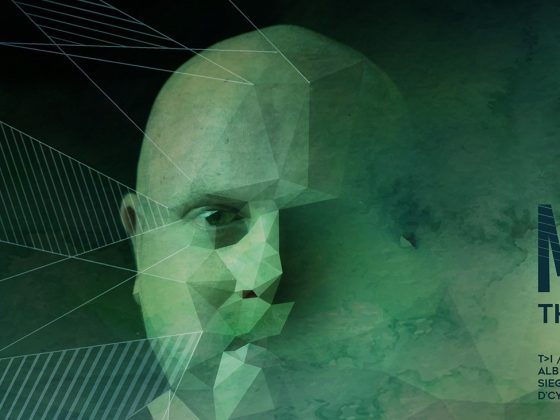