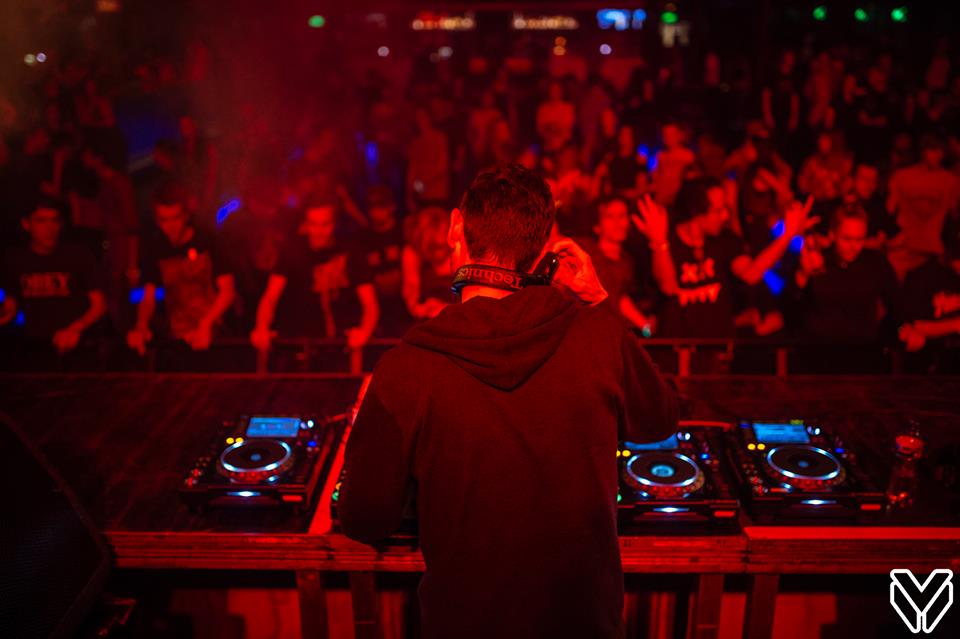 Legendary night in Belgium, Star Warz, has now been running since 2001. Having gained a name for itself by putting on some of the best line-ups in Europe and consistently promoting shows in a way that other nights should aspire to emulate, Star Warz not only has a stage at seminal festival, Tomorrowland, but also has people flocking to Ghent to visit its parties. With two very special shows coming up on 20th December and NYE, we caught up with the promoter (and artist) One87 to see what his highlights have been over the years.

Star Warz has now been running since 2001, which you founded. What has been your favourite moment?

I have to say that most editions were quite special to me, each in it’s own way, but it could be that I enjoyed the Star Warz XL edition in 2008 the most

Star Warz is also responsible for a stage at the legendary Tomorrowland festival. What is the strangest thing you’ve seen?

Being brought to the stage in a Porsche 😉

You must sometimes see some outrageous riders being a promoter. What has been the most surprising one from over the years?

If you were on your way to a gig when your aeroplane crashed and your record bag was sinking, which 5 records would you save?

Having been in the scene as long as you have, you must have seen some pretty key turning points for d&b. How is it evolving and where do you see it going?

I think nowaydays evolvement in d&b has a lot to do with production skills (more than ever), and also with the evolution in studio gear. I have no idea where it’s going, but it all sounds pretty interesting to me!

NYE is a pretty massive line up by our standards. What are you most looking forward to in the New Year and have you got any New Year’s resolutions?

I look forward to Icicle his new album that will drop in 2014; should be pretty special. Also looking forward to some upcoming editions of Star Warz; We’ll be celebrating ’10 Years Of Shogun Audio’ on the first of March for example 😉

You mentioned in an earlier interview you were scratching Hip Hop prior to mixing d&b. How has this influenced what you’re doing now? Do you think you would play around with more genres?

I have been listening to all kinds of music since I was about 10 years old, and I’m still doing this today. Hard to say what influenced what; I guess it’s just all music at the end 😉 But I have to say that d&b obviously has a very special place in my heart! I’ve been deejaying it for more than 20 years now… and I’m not done yet

The concept of Star Warz works on so many levels and it truly is a special event. Can you see it ever branching out of Ghent and Tomorrowland?

At this point we’re still very good in Ghent and what better partner can you wish for than ‘Tomorrowland’, voted the best festival in the world…

Any final words for fans out there?

May the force be with you!