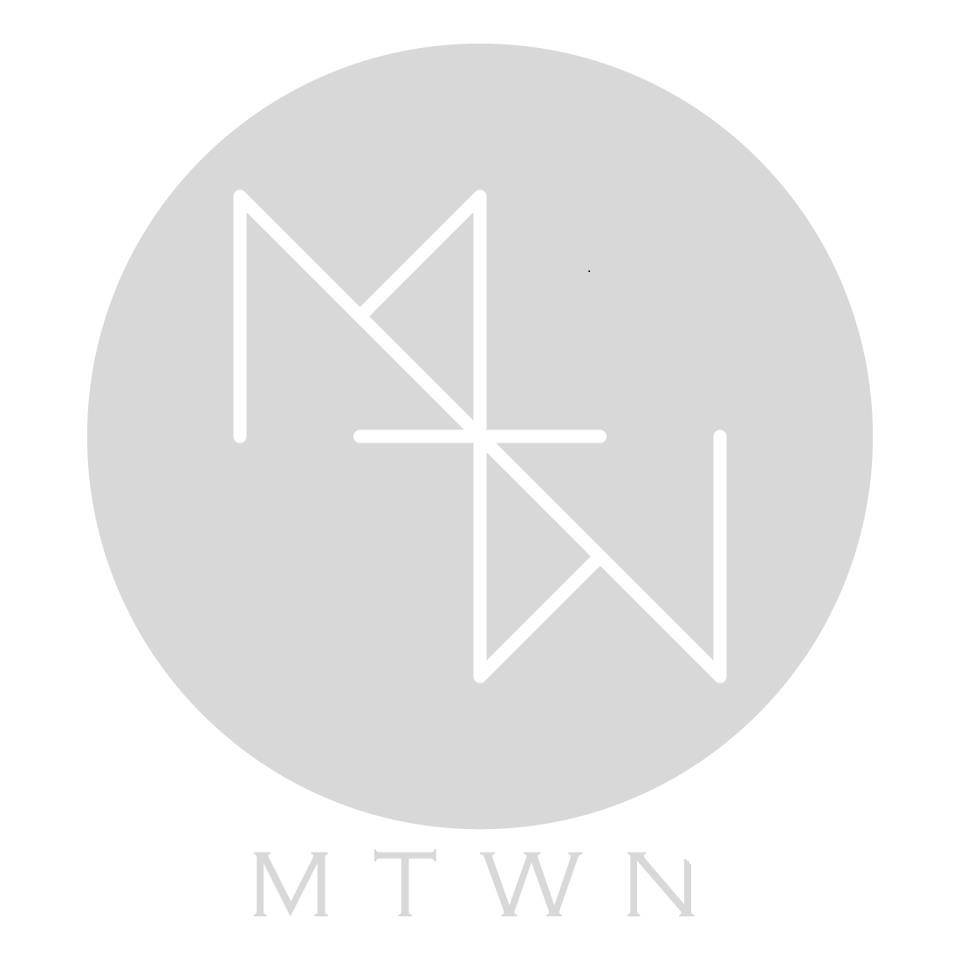 Max and Dimitri Mathieu also known as Mtwn have been generating plentiful hype since releasing their first EP back in May 2012. It appears to have been a hectic time for the brothers, having outputted beats on some of drum and bass’ most prolific labels, their ability to manipulate sound in a diverse and entirely captivating manner has been pushing the boundaries of drum and bass and breathing fresh and futuristic vibes into the genre.

Microcosm/ Tech9 dropped on the 26th of August on Diffrent Music, Diffrent Music is a label prominent for its ever-growing roster of exceptional talent and game-changing sounds, and this is one of our favourite releases to date. Microcosm is a tune of mesmerizingly precise production, distant synths and shrieking samples play on erratic bursts of drum-led energy, it’s a haunting tune that feels entirely unrestrained yet at the same time controlled. Tech9 gives off a similarly restless, eerie vibe; jittery drums and a moody bass line, there’s a lot going on but the attention to detail is spot on – both tunes push a forward-thinking, savagely heavy sound, and suggesting anything other than brilliance to describe this duo would be a harsh understatement.

Here’s what happened when we caught up with Mtwn…

Hello Mtwn, you’re an artist we’ve been hearing a lot of recently; tell us a bit about your forthcoming release and what you’ve been up too lately…

Dim : Hi ! We’re really stoked about the release. We had been talking to Chris (Dexta) for quite a while before he decided to finally sign something and I think it fits the label. We have another release coming on Diffrent in the (hopefully) near future, so keep it locked!

Max: We’ve always loved the output on Diffrent Music, and getting a release on it feels really great. I personally think that these two tracks match with the overall vibe of the label, especially Tech9, which is, to me, the most experimental track of our productions so far. I’m very proud of this release.

It’s been a busy year for the two of you, lots of releases and all of your tunes getting an exceptional response – what are you up too when you’re not in the studio, and have you treated yourselves to a well deserved holiday?

Max: I listen to a lot of music, watch movies, see friends, usual stuff. But I always have my laptop around and I generally end up writing down ideas. So I never leave the studio in a way haha. Speaking about holidays, i’m currently chilling in the sun for two weeks in south of France as i’m writing this, so it could be worse.

Dim : The usual stuff as well, but mostly studies. So no, I haven’t treated myself with some well deserved holidays yet !

I don’t think I’m alone in having spent a good while pronouncing your name wrong, how did it come about?

Haha yes, no one really knew (and still know) how to pronounce it! The correct answer is ‘Motown’, as for the legendary funk bizness. The ‘Mutwun’ thing is coming from a Diffrent Podcast, when they played one of our track for the first time, and they didn’t know how to pronounce Mtwn either. So it ended up in a bunch of trials, and the ‘Mutwun’ one got remembered.

I hear that you’re based in Belgium, a number of Belgian artists such as M-Zine, Scepticz and Bredren have also been making huge waves in the drum and bass scene, tell us a little bit about what the scenes like over there and how you got into drum and bass?

Max: The scene is pretty healthy, thanks to artists such as M-zine & Scepticz, Bredren, to name a few.. And there are some upcoming artists that make really good music! We started as ‘bedroom djs’, so we’ve been involved into the scene quite lately. The first real contact we’ve had with dnb artists was with DBR UK, and then we discovered the belgian scene a bit more. I didn’t know we had such artists at the time, and I’m really happy to have met all of them!

Dim : M-zine & Scepticz and Bredren were the first Belgian guys to notice us and also big supporters right out of the gate ! There’s a real proximity (wink wink) between us I think, and it helps with developing the scene.

Getting a bit cultural now, the Internet has made music far more easily accessible – do you think this is strengthening and contributing to an ever-growing drum and bass community? And how has it impacted on your local scene?

It is! It has its ups and downs, of course, but it’s much easier for sharing music. You can bounce a new track and send it to a couple of djs, and the same night it could be played in a club hundreds of kilometers away! You can meet new artists, work on collabs with producers living in other countries. It is much easier for promoting your music, and I think it’s a good thing for everyone. But, as with every tool, it has to be used properly.

You released your first EP back in May last year and since then things have been flying, you’ve had releases on a number of highly respected labels, what was your reaction when your first tune got signed?

Max: I think we screamed haha. And then we probably had some beers. Our first release on Proximity has definitely been a huge encouragement for us.

Dim : A couple weeks before Basher showed some interest, I was in the living room with Max, telling him that the recent Proximity releases were really good . I guess it was a nice coincidence!

Shrapnel with DBR UK is probably one of my favourite tunes to date, forward-thinking, experimental vibes, something that’s prominent throughout all of your tunes, who are your influences? And how did this kind of sound come about for you?

Max: We find influences in a lot of things. Musically speaking, we’re a lot into dark, minimal vibes sort of stuff, but everything we feel can be an influence. But I guess we’re influenced by a lot of different other things, such as cinema, or even graphic arts. Sharing experiences with other producers gives you new ideas as well, and a new look on your own work.

Dim : That one was made pretty quickly if I remember correctly. DBR sent us a 1 min clip of the tune and Max finished it. We don’t limit ourselves to one single kind of drum’n’bass and we like to experiment (especially with other artists) ! Shrapnel isn’t the kind of tune we’d make on our own and that’s why collabs are interesting.

What made you decide to get involved with the production side of things? And have the two of you been involved in any other musical projects in the past?

Max: The first musical experience I remember was tweaking knobs on noise boxes with my neighbour, trying to make some experimental/post/punk sort of ‘music’. Then I started playing in a band with some friends, as the bass player. Production as I do now came a few years after that, in a natural way I guess. It was all about (and still is) having our own tunes played alongside all the ones we loved.

Lets give our readers an insight into your studio; can you run us through your set-up?

It’s pretty basic actually: a dying macbook with a firewire soundcard, a midi controller we could use a bit more I reckon, a TC reverb/multi-effects, and a small Mackie mixer we mostly use for recording the reverbs/effects back into the laptop. We also have a pair of Event 2020 for the monitoring.

Do you ever delve into the analogue world or are you strictly digital?

We don’t own any analog synths, we only work with samples. The only hardware we’ve got is the TC reverb (and the mackie), and it really can make a difference sometimes. Adding some analog vibe is not absolutely necessary when you produce music, but it can definitely give some spice to your tracks.

You’ve played a few festivals this summer out in Belgium; do you have any festival anecdotes? And if you were choosing the line-up for a festival of your choice, past or present which musician would be headlining?

Dim : Failing at riding a bike properly at Paradigm Festival in Holland a couple weeks back and therefore almost hurting Mindmapper was quite awkward. As for the line-up, it’s a tough question. I’d probably say something else if you ask me tomorrow ! I’ll just say Squarepusher as I’ve listened to his music these last few days.

Max: That’s not an easy one. I’ve seen José James last month on stage, and it has to be one of the greatest performance I’ve ever seen. But on the other side, I’d love to see Gil Scott Heron.

We’re always keen to be informed of Mtwn on goings – what should we be looking forward to in terms of releases and events in the coming months?

I think our next release (after Microcosm/Tech9) is a collab we made with Hysee called Restless coming on Break-Fast’s next compilation « Breaking The Ice 2 ». Then we have a collab with M-zine & Scepticz called Choices, coming on Diffrent. We have a few bips and bops signed but can’t say much for now!

As for events, you can catch us in Leuven for Sweet Vibes DNB on the 25th of October, alongside Amoss & Hyroglifics and also a date in London TBC (around November). Just check our Facebook page for more details!

Cheers Mtwn for taking time out to speak with In-Reach. Check out their exclusive guest-mix below, filled to the brim with exclusives.