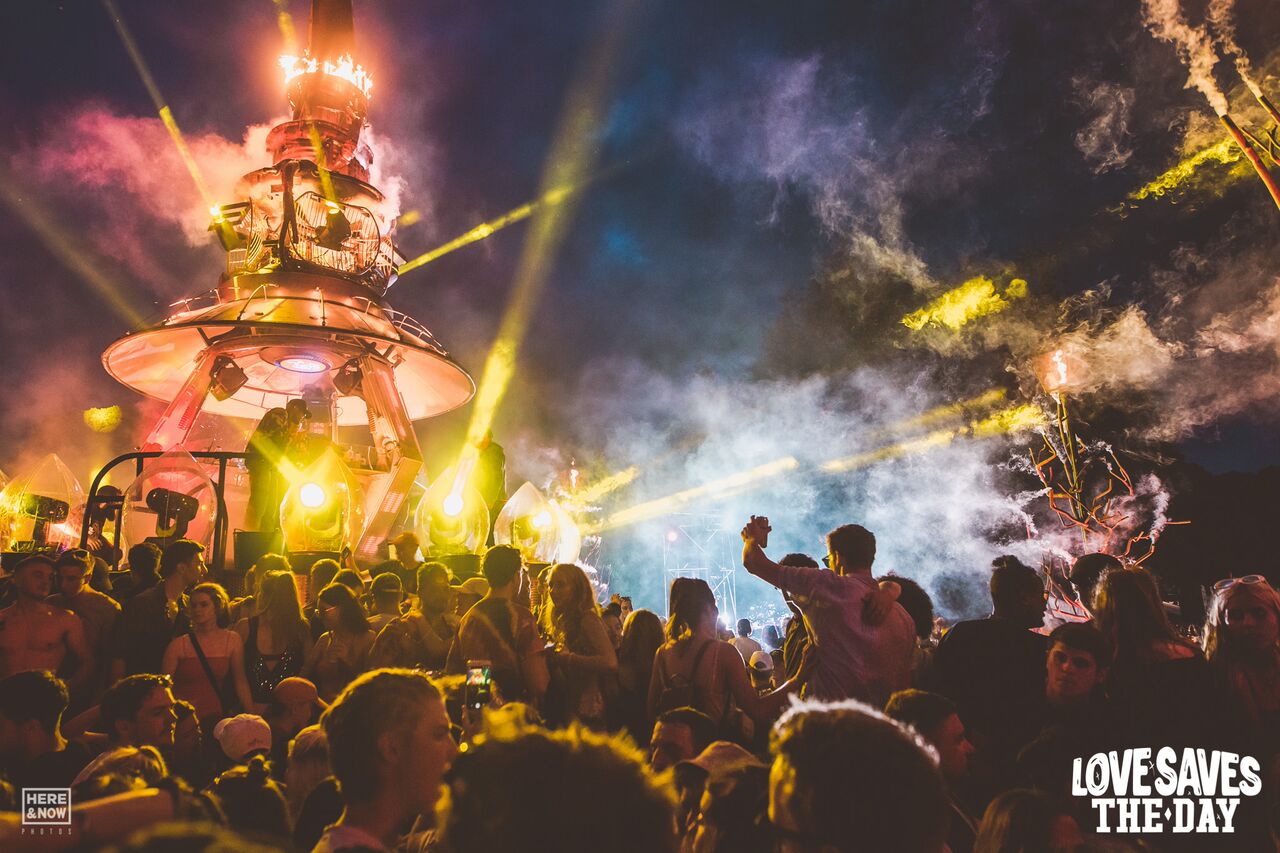 Love saves the day // A mantra to live by

The May bank holiday weekend marked my first festival Love saves the day in Bristol. As it turns out May bank holiday was first declared in 1660 to commemorate the restoration of the English monarchy, “to be for ever kept as a day of thanksgiving for our redemption from tyranny and the King’s return to his Government”, well I am more than thankful for the day off work, the well needed lie in and the fact that ‘Love saves the day’ has once again saved me from my ‘wedding season – bridezilla’ tyranny at work, if you missed it this year, you have 365 days to redeem yourself!

Shortly before departing from Waterloo to Bristol Temple Meads I read a post on social media that really got me down, someone considering not going to Glastonbury because of the acts of terror that have plagued our country; First I checked the profile photo of said individual to check whether I could use their ticket, (slight moustache I have covered – but balding male, sadly not). Next I thought about the name of the festival I was on my way to: ‘Love saves the day’, it seems so much more poignant in today’s society, with more of a message than just a name; it is a mantra to live by. I felt a warm glow of positivity, and couldn’t wait to get the party started.

Love saves the day takes place at Eastville Park in Bristol, a two day festival running on Saturday and Sunday, each with very different line-up’s and vibes. I am all about my bass, so Saturday with its more House dominated line-up was about exploring the festival, meeting new people, and finding out which bar and toilet had the shortest queue. The festival has a capacity of 5000, so big enough to require the ‘lead swan hand’ while walking in groups, but small enough to walk from one stage to another without requiring a compass and a decent supply of Elven Lembas bread.

My Saturday exploration led me to the secret garden area, while waiting for my two strawberry Mojito’s, which by the way were topped with strawberry laces, I enjoyed a karaoke rendition of ‘Pharrell Williams – Happy’ from a guy dressed in dungarees and sporting a swan shaped swimming pool ring around his middle; I felt at home. 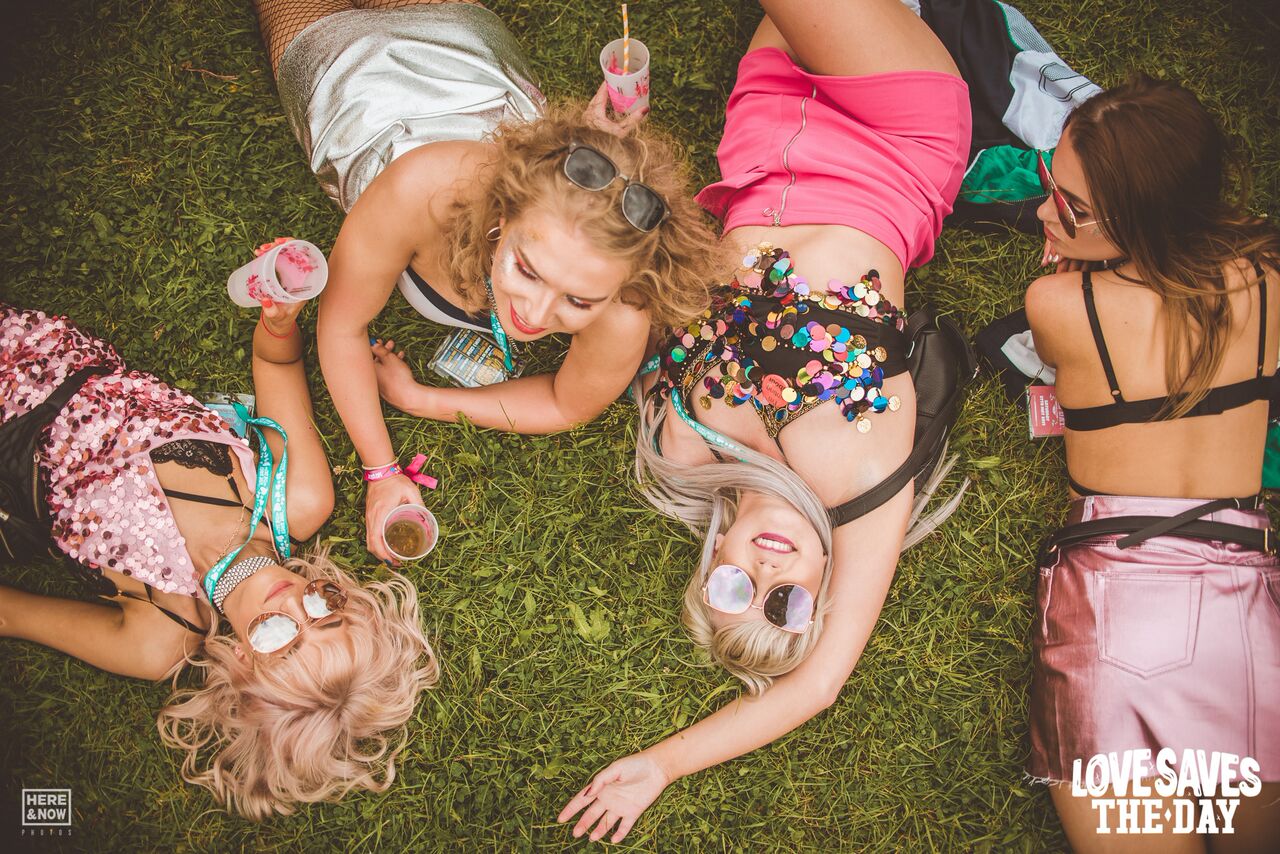 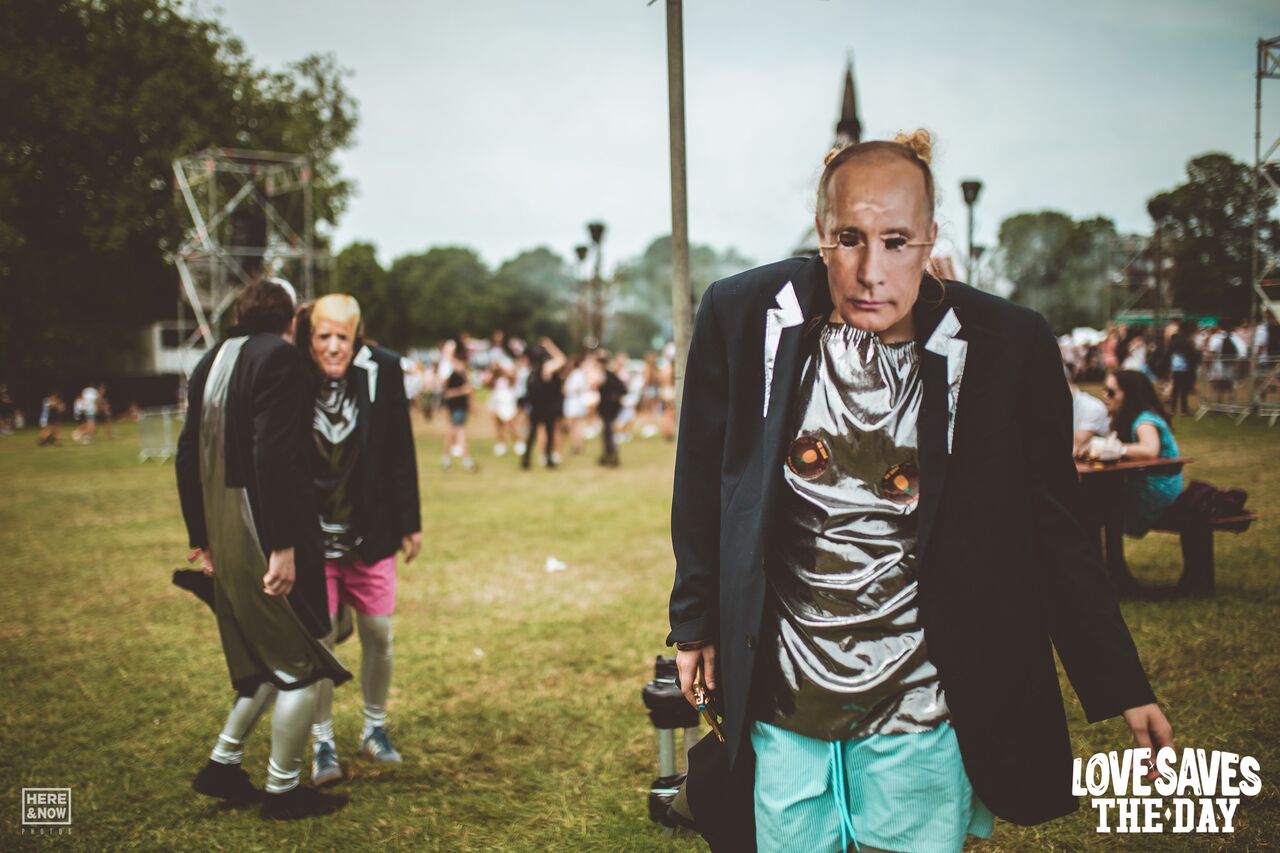 Everywhere you walk at this Festival you see smiling faces, unusual fashion choices (shout out to the guy at Main stage with a helmet made of a wooden bird cage) and feel genuinely at peace; I have covered a good few festivals in my time, but I am yet to find one with a vibe like Love saves the day; everyone is chatty and looking out for each other, security are present but in no way intrusive and bar staff are helpful, smiling and in some cases even happy to share their eyebrow glitter with you.

Let’s talk about the stages, Main stage, Cloud nine, Paradiso, Futureboogie, and of course the famous Arcadia afterburner. Each stage has its own personality and design, and unlike many other Festivals the careful selection of artists performing at each meant each had a solid audience throughout the day, intelligent use of lighting means most stages are unrecognisable at night, and you feel like you have entered a different dimension, a dimension with faint cries of ‘Corbyn’s on fire, Theresa May is terrified’ floating through the air. But there is no doubt that the beating heart of the Festival is the Arcadia Afterburner; and I knew what I was waiting for. 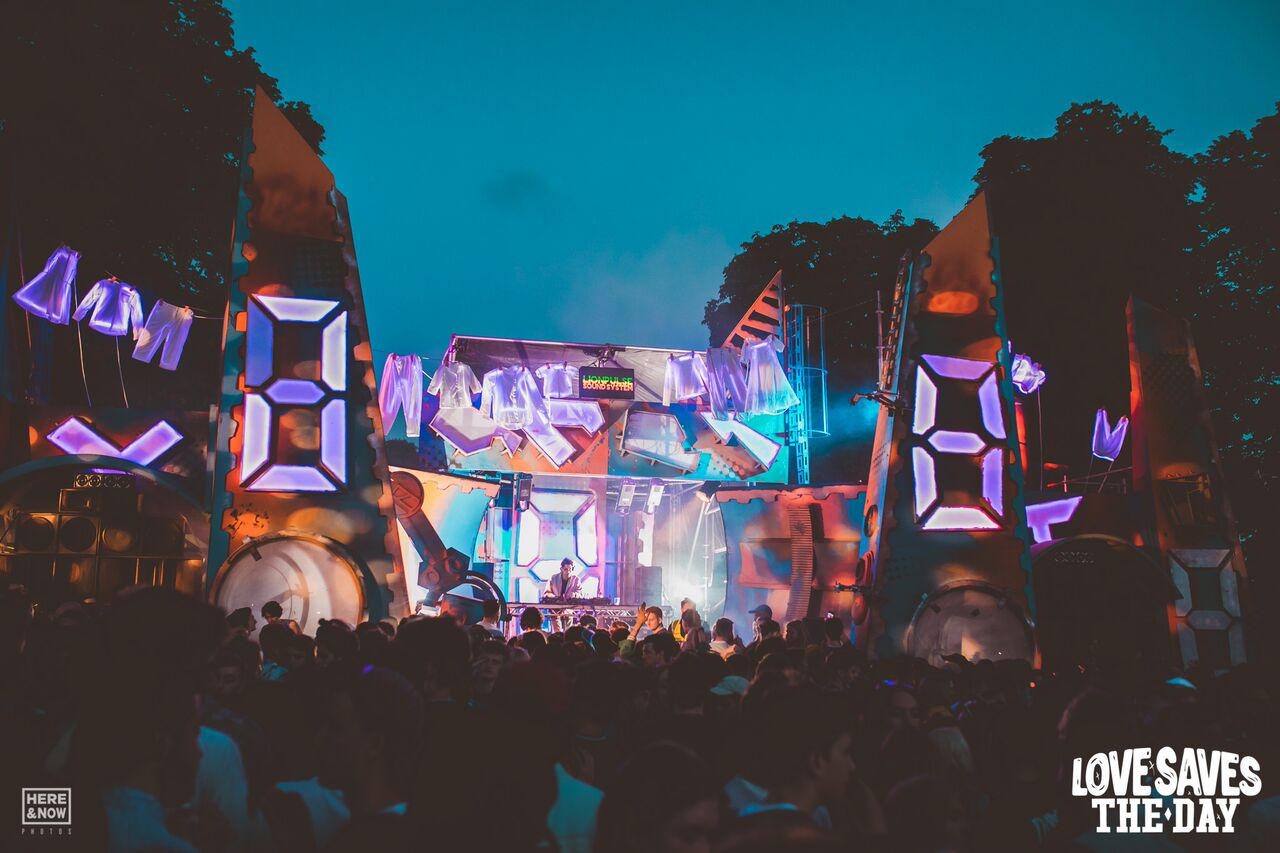 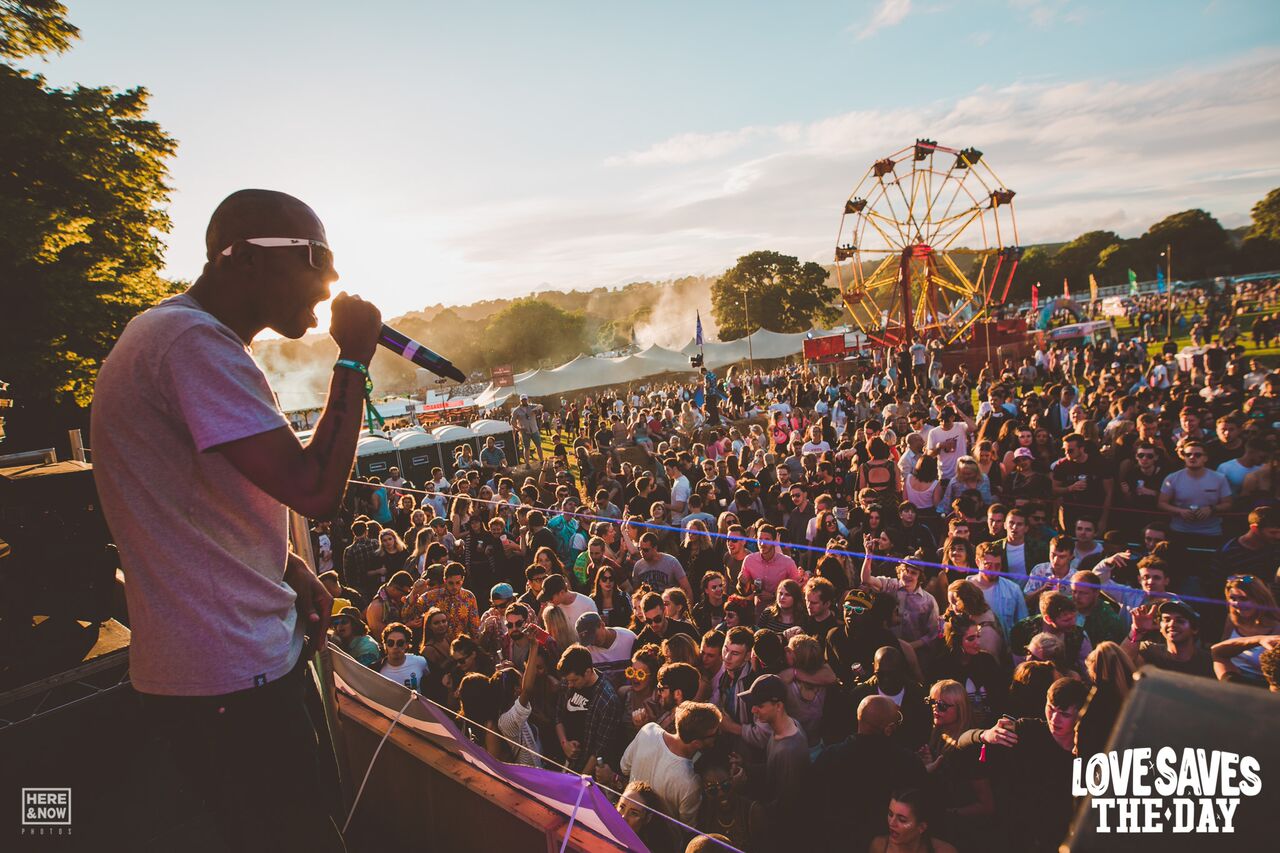 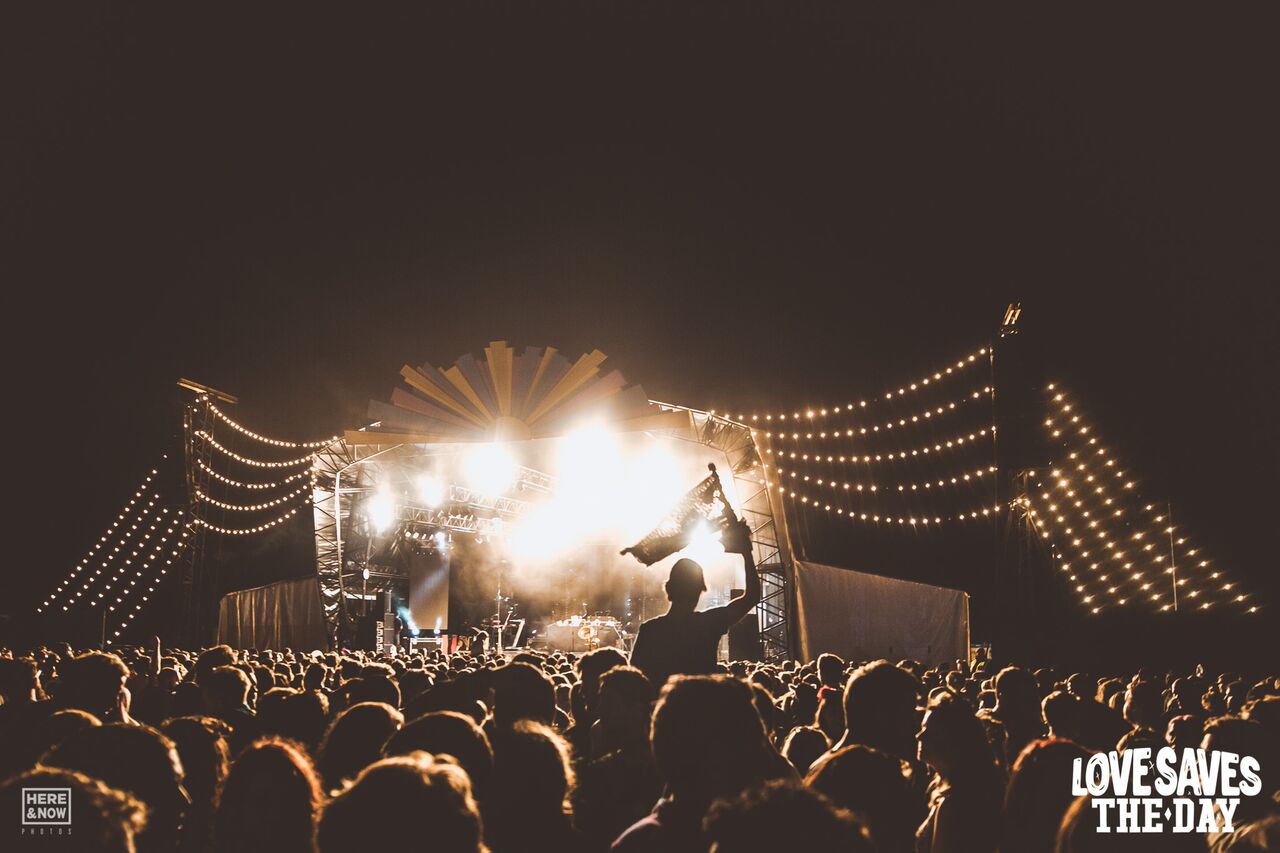 Arcadia stages take a variety of forms, and I have been lucky enough to also experience the phenomenon at Bestival and Glastonbury; and although the Arcadia after burner at Love saves the day is not the biggest or most impressive of the family, the design is really special; It has a central DJ booth that is all Doctor Who meets Alien, towering above the festival with a surrounding stage you can get up and dance on, along with four staging walkways leading off from the centre, surrounded by old fashioned street lamps that explode with fire.

The second darkness falls upon Arcadia you are surrounded by lasers and life, and on the Sunday we couldn’t help but spend nearly the entire day there; At one point I was up on the stage on a walkway holding an umbrella over a group of four during Friction’s set (saviour, I know) while the heavens opened for about an hour; It was raining, we were drenched, but no one cared, no one moved, that is special, that is Love saves the day. 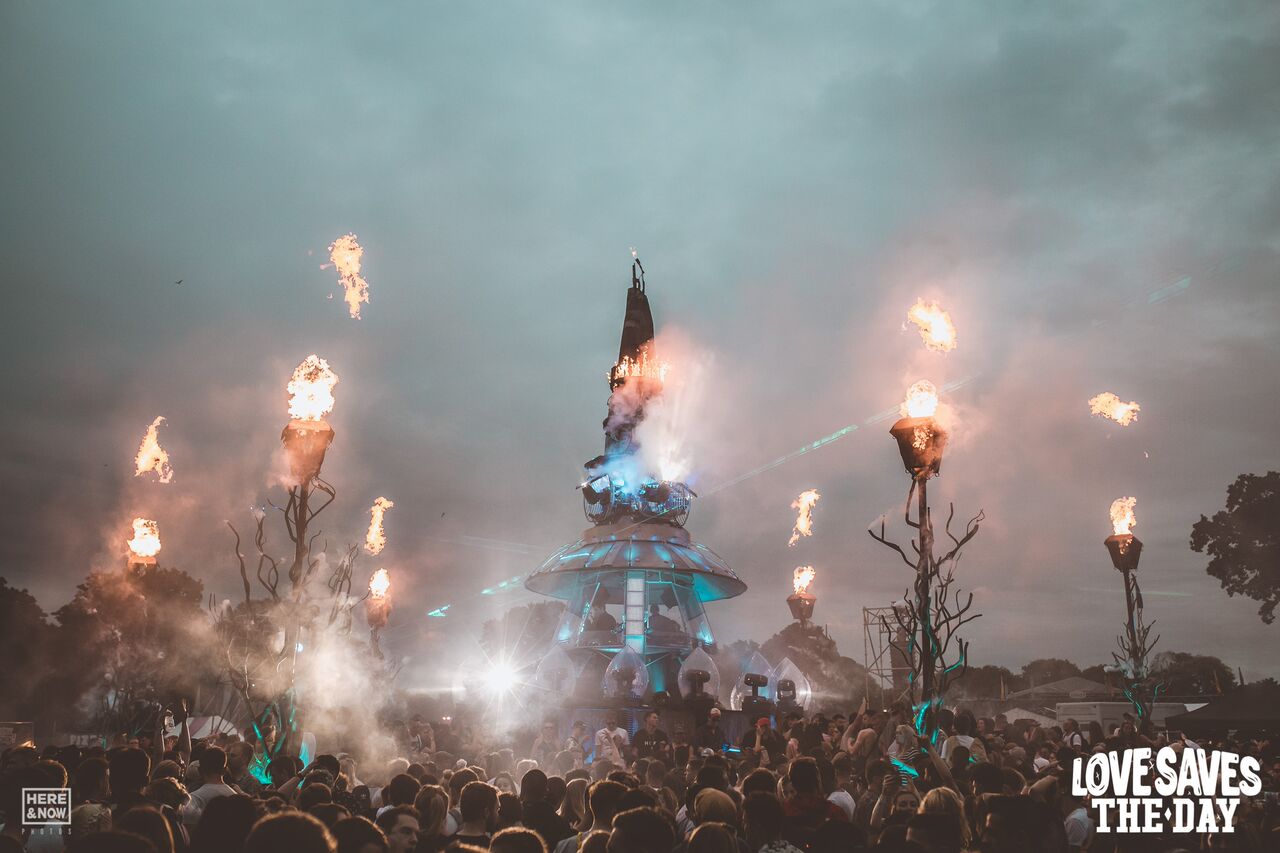 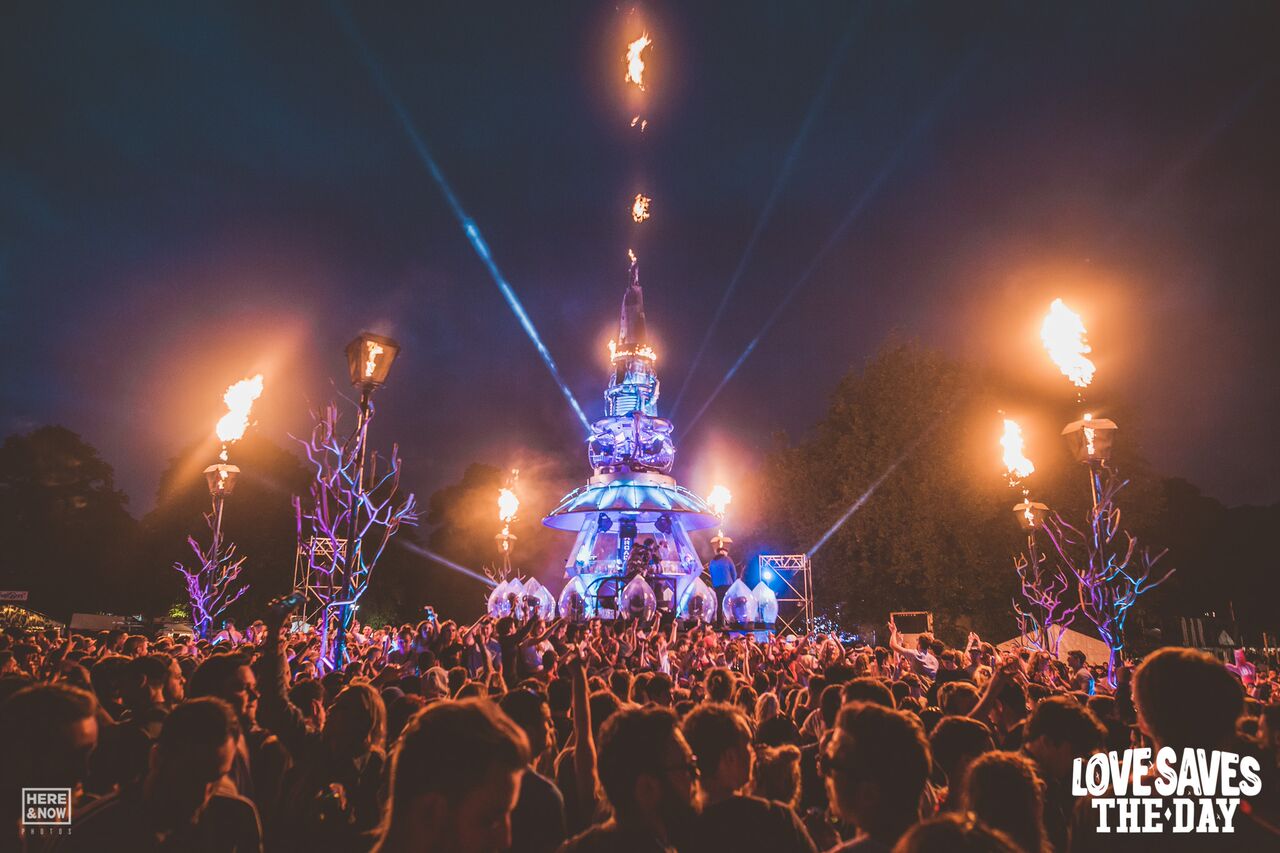 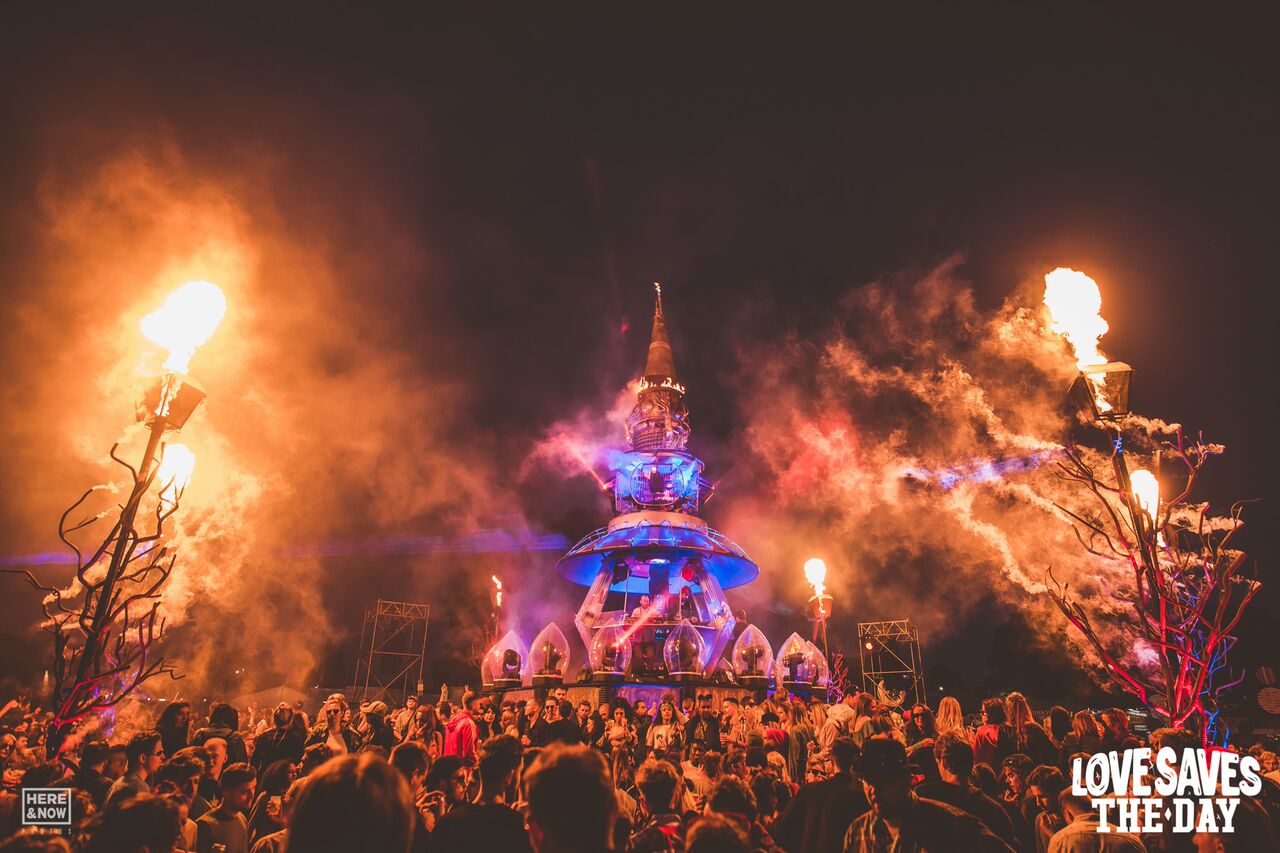 The festival ended on the realisation that we had lost our apartment key, and didn’t have a phone with battery between us, but a lovely fella lent us his phone and came to our apartment with us to get the number to call for a replacement, and shortly after our hero arrived with the key, it is true, love does save the day! Even upon finding out the after party at Motion had sold out, the mood was high; Everyone I was with had the best time and felt fully content, that is when you know you’ve picked the right Festival. Make sure you get yourself a ticket for next year and see you there!

Follow Love saves the day on Facebook to keep up to date on news for next year! 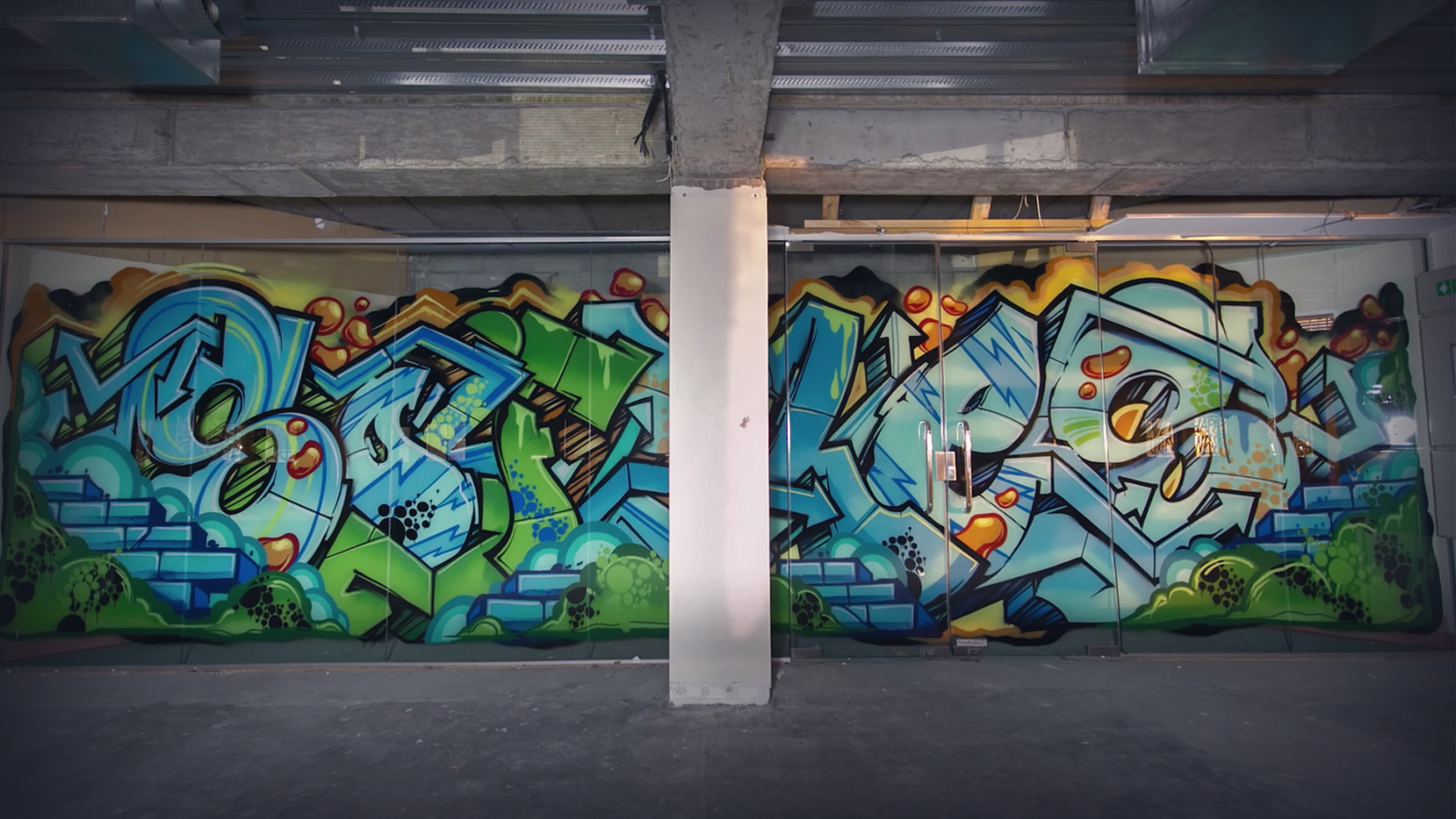 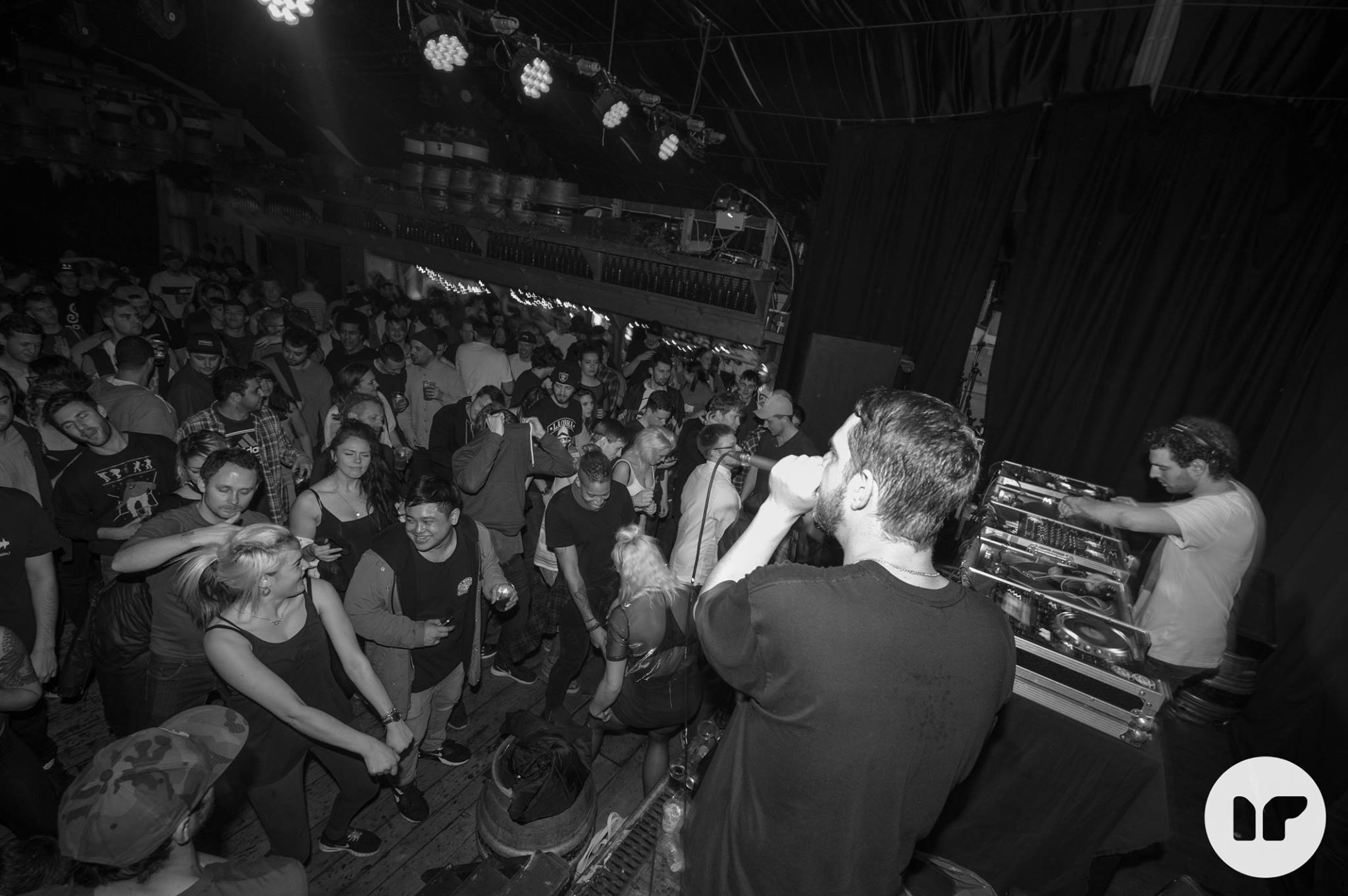 In Reach: Back To The Brewery