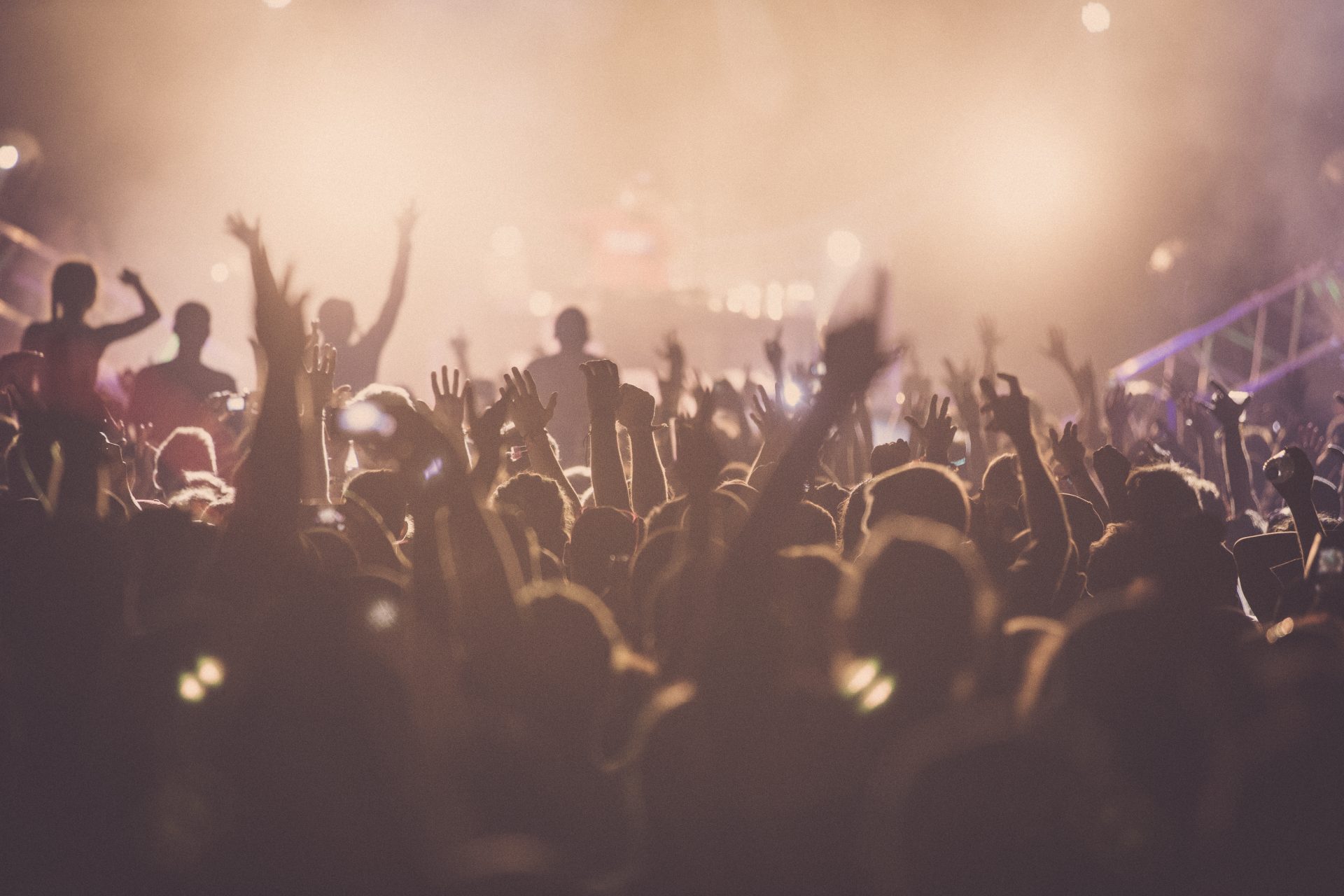 This Summer has been a busy D&B festival season for many. Whether journeys were taken across the UK to the likes of Boomtown or further afield to Let it Roll, Hospitality on the Beach, Rampage, Liquicity, etc., D&B festivals are becoming more popular and growing every year. Getting an extended fix of D&B whilst soaking up the sun is clearly a winning combination, and here I will think about this growing popularity by looking into the history of festivals and possible links to religious practises.

When I’ve heard people describe their experience at a festival as ‘magic’ or ‘transformative’ I don’t think it’s an exaggeration, but actually touches on similarities in the experience of religious pilgrimage that would have been much more prominent centuries before. Religious pilgrimages generally involve a long journey to a sacred site, e.g. the burial place of a Saint. This act of travelling to a sacred site and performing worship once there may hopefully achieve penance for sins, or maybe provide some healing. Often souvenirs may be purchased at the site, so the devotee can wear and show that they had made this journey and had a sacred experience.

I think it would be hard to not see the parallels with travelling to a music festival today as we trek across country or continent. Preparing ‘things’ for a night of dancing may be seen as kind of ritualistic, and festival merchandise replaces examples like the thousands of metal badges with Saints faces on found at Medieval Archaeological sites across Europe. Religious joy in worship and a connection with the divine is supplanted on the dance floor by chemical and technological ecstasy. Maybe taking these journeys to D&B festivals fulfils some kind of subconscious spiritual need in its replication of this practise in the secular realm.

Outlook festival’s tradition of holding an Opening Ceremony inside an Ancient Amphitheatre is also an example suggesting a quasi-religiosity of our current festivals. After 10 years at Pula in Croatia, Outlook is relocating and will have to establish new traditions that hopefully match the magic of this site. Built 27bc-68ad, the Roman Amphitheatre is one of the six largest surviving in the world. Originally used for Gladiator combats, in the Middle Ages (about 5th-15th centuries) it hosted fairs and Knight tournaments. At this time people thought the Amphitheatre was too magnificent to be man-made and referred to it as ‘Divić-grad’- old Slavic for miracle fort. There is a legend that the Amphitheatre was built by fairies in the night. The story goes that one night, fairies danced their way all across the peninsula carrying stones and began slowly building up the circular structure. On the crowing of a rooster at the coming of dawn, the fairies had to abandon their building and return to the wilderness as they were creatures of the night. This story helped to explain why there was no roof at a time when there wasn’t much knowledge of Roman Architecture, but I think those dancing in the Amphitheatre this year will be taking part in this legend (even if more creature than fairy).

At the time this legend developed in the Middle Ages, the Amphitheatre would have been a central place for people to come together. We may think we have a lot of options of festivals now, but in our past, occasions to celebrate were much more frequent. Festivals are found in virtually all human cultures, but the term festival is thought to come from the Latin terms; festum- public joy/ merriment/ revelry, and feria- abstinence from work in order to honour the gods (e.g. Feast days for Saints are still observed in many countries where religion still reigns supreme). In her book Dancing in the Streets, Barbara Ehrenreich discusses how festivities filled up the calendars of people in Europe for centuries and every excuse was used to party- Saint days, just before lent, harvest time etc. The Church tried to prohibit the drunken parties and pushed the idea that Satan was the leader of illicit dancing, but the festivities were too rife and they had to uneasily tolerate them.

Scholars who studied these Middle Age festivities define them in ways that are seamlessly applicable to the festivals we attend today. For the Anthropologist Victor Turner, the central thing about culture is structure and the reason we get times of celebration and festivities is to prevent life from being overly rigid. He saw that during festivals, liminal or “betwixt and between” periods were deliberately created. Here, time is stopped, all distinctions are blurred, and order turned upside down as people experience a shared feeling of joy. Turner became very irritated with his contemporary hippies in the ‘free love’ 1960s when music festivals as we now know them developed. Filling a life with festivals was going way too far for Turner who thought this collapsed the integral structure of culture, he thought their way of life would lead to the point of society breaking down due to the resulting lack of productivity.

Ehrenreich points to this lack of productivity as one of the reasons why there was a mass suppression of festivals during 16th-19th centuries. There was such a drastic change in lifestyle in this period that Ehrenreich says ”this loss for opportunities to loose oneself is unfathomable to us now who have so few.” Whilst the Church still regarded festivals as dangerous, the rise of Capitalism played a large part in their suppression. As Capitalism grew it needed to regularise labour in order to regularise profit- if you’re partying you’re not performing labour and so not producing profit.

Looking at this history, the festivals we attend now may seem like not much more than state-sanctioned times for celebration, vital breaks that ensure we keep working within the Capitalist machine.

However, I think Russian Philosopher Mikhail Bhaktin’s work in the similar field to Turner is important to think about here. Rather than see time at festivals as liminal, Bhaktin saw them as a second life of the people where new possibilities open: normally separated people can interact, behaviour that is otherwise unacceptable is legitimate, blasphemy and profanity are permitted. Bhaktin’s concept of the Carnivalesque developed out of these studies which is all about subversion of the dominant order. So rather than seeing festivals as state-sanctioned party-time, Bhaktin would encourage us to understand that the magical feeling at festivals is something people themselves create and generate, a feeling that is indestructible despite state control. There is an important difference between the experience at D&B festivals and something like at the Pyramid stage at Glastonbury where there is a stricter separation between performer and audience- I think we generate a communal energy alongside the DJ and MC.

Festivals may be growing in popularity by providing a spiritual experience, filling a vacuum within cultural life that was previously filled by religion for centuries. But also, in our increasingly digital and isolating world dominated by a need to work and be productive, festivals provide an important, rare and subversive experience of fully ‘letting go’ that connects us with other bodies, an experience that magically only comes to be because of the energy we take there. 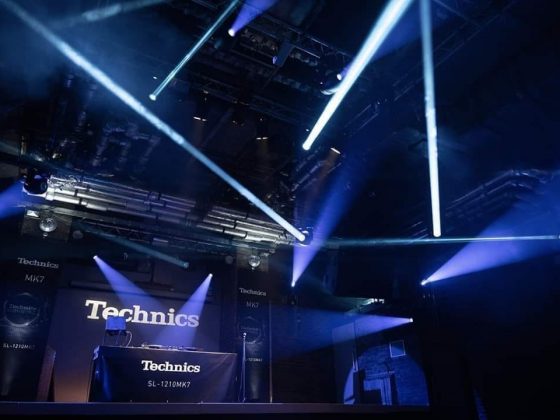 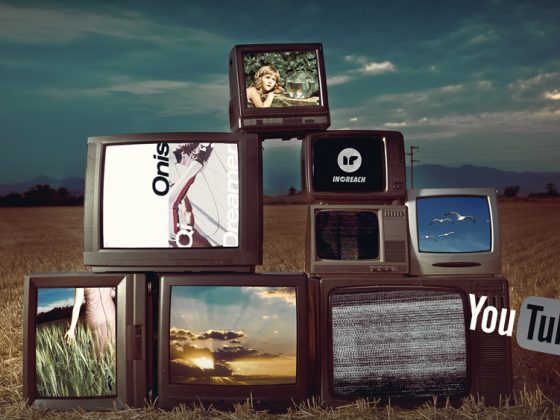