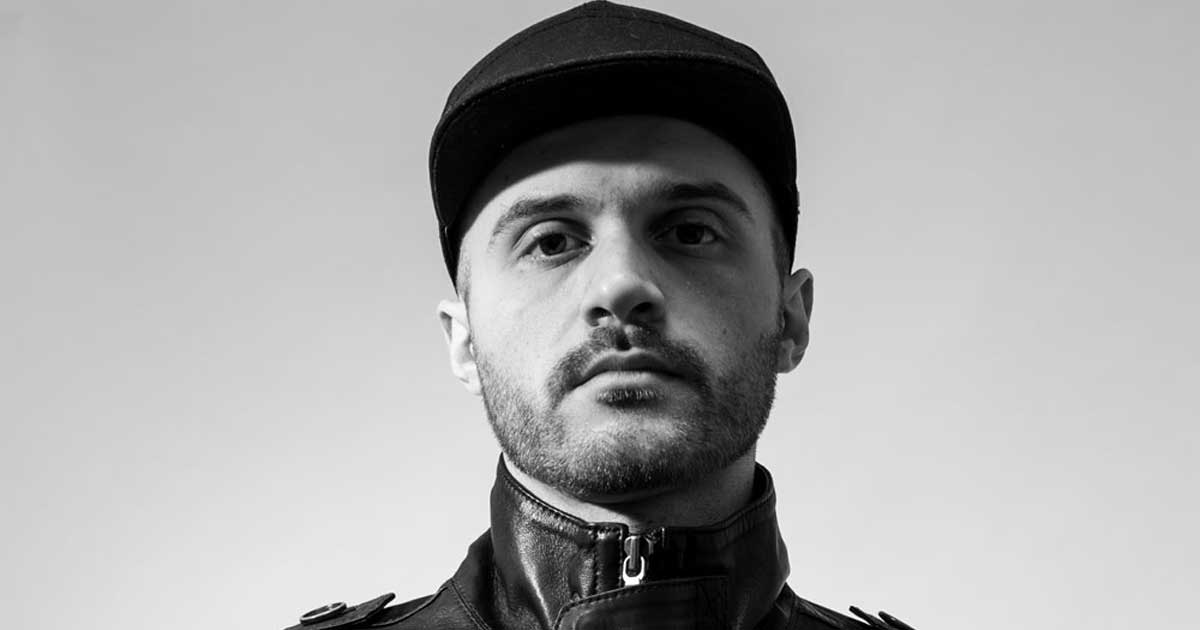 Rene Lavice has been on tour in the UK and he managed to take some time out of his schedule to talk to us over here at in-reach.. Lets hear what he had to say!

InReach – So first up, the obvious. Your signing to RAM? How did that come about? Its a dream come true for just about any DnB producer out there and “Headlock” was one of the biggest tracks of the year!

Rene –Yeah it was wicked! It was a great way to start off 2012. I had made the Headlock and it was sort of sitting in limbo with another label while distribution stuff was being sorted out and during that time John Rolodex had sent the tune over to Andy C. To my pleasant surprise he loved the tune and started playing it all the time! The kicker is that my name wasn’t labeled on the track, so it wasn’t until months later that he finally got in touch with me to let me know he was feeling my music. I think it took a bit of detective work to find out who I was. He was interested in hearing more of my music and after sending more through to him I was approached about signing exclusively to RAM and it’s been a great year since then.

InReach – It had to be asked, How did you discover DnB?

Rene – I’m not 100% sure. However I know the first time I heard tunes actually being mixed together properly and someone on a mic actually referring to it as jungle/drum and bass was via college radio in Toronto: The Rinse Out Show 88.1fm CKLN & The Prophecy 95.5fm CIUT. I flipping loved those shows since I started taping them off the radio. The Prophecy still going strong for many more years (fingers crossed).

InReach – Im aware you’ve been a regular on the DJ circuit in your native Canada and North America, which from my understanding both have healthy DnB scenes, (correct me if Im wrong) but how do they compare to other cities/countries now your touring?

Rene – They’re great. I mean it’s all about feeling the energy of the crowd and being in a room full of people who are there for the music. For the most part the audiences in Canada are great and I’ve got lots of great memories playing in different areas of the country. Lately it’s been extra special because the crowds are actually recognizing which songs are mine and having that response from a crowd always makes me smile. The UK and Europe has been like that too. Sometimes certain crowds are less responsive than others, but sometimes that’s a cultural thing. I guess I’ve been lucky; most of the shows I’ve had have been a really great time

InReach – How is the tour going? Any memorable highlights so far? And is there anything upcoming you are particularly looking forward to?

Rene – So many highlights come to mind… Just bouncing off last weekend @ the Jungle Fever / Pure Science event in south London was great. The Stevie Hyper D experience set that went down was something really special. I felt like it was not just enjoyable but also a really honourable thing to do for a fallen solier and also just out of respect for the history of the music.

Rene – The next night I played in the Czech Republic, Prague with Andy C. The Roxy (venue) was celebrating 20 years in the business and the crowd was totally into it. Prague is full of super friendly, energetic people and I can’t wait to go back! …Oh, and the DJ booth sounded great. I really like the setup there

InReach – What artists (within or outside of DnB) inspire you? Is there anyone you draw influence from?

Rene – Yeah any time I hear a beat from Alchemist, or 9th Wonder, or J Dilla… who else… I always catch a vibe from older KRS One stuff. That’s the stuff that gets me no matter what mood I’m in.

InReach – Being from Canada, have UK artists been a major influence on you at all? If so, which ones? (I got a real old dillinja vibe off “Not Deep”, that misleading intro dropping into a dirty stomper!)

Rene – Yeah you’re right to have said Dillinja. Plenty of other dnb artists as well. Early on I always got really excited any time I would hear something from the Prodigy or the Chemical Brothers. I think it was primarily those two influences that really turned me on to electronic music and made me take notice of it.
InReach – Other then DJing and Producing, how do you spend your days? Ive noticed you make film as well, is that something that has had to take a back seat what with the international bookings? What programme do you use for your Edits? Anywhere we can see your stuff?

Rene – Well yeah that’s just it. My music schedule has been keeping me so busy it’s very hard to keep up all the other stuff as well. Most of the other stuff I’ve done is really arty and weird but more recently I’ve been doing music videos for other people that you can check out on youtube. I hope to do a lot more of that stuff in future, film and more, but right now I’m focused on music almost completely. I love music so much

InReach – Your release on RAM “All My Trials” and “Not Deep” drops on the 22nd october, what else is in the pipeline?

Rene – I’ve got stuff in the works that I’m very excited about. It’s killing me that I can’t talk about it yet as I hate keeping secrets! But it’s some stuff that I’ve been building toward for a long time and I can’t wait until we announce it….. whatever “it” is. Mouahaha.

InReach – And lastly, Is there anything else we should know? Any more plans to come back to the UK?

Rene – Well this tour is almost finished off and it’s been outstanding. I’ve had a blast at every single show and I can’t thank every single person enough who came out to those shows and had fun. I’m already getting nostalgic haha! But it’s because I’ve got to get back to my studio in Toronto and meet a few deadlines which I’m sure my fans will be happy to hear.

Thanks Rene! For more check out Rene’s Soundcloud & Blog

Way Of The Samurai 2 'Code Of Honour'