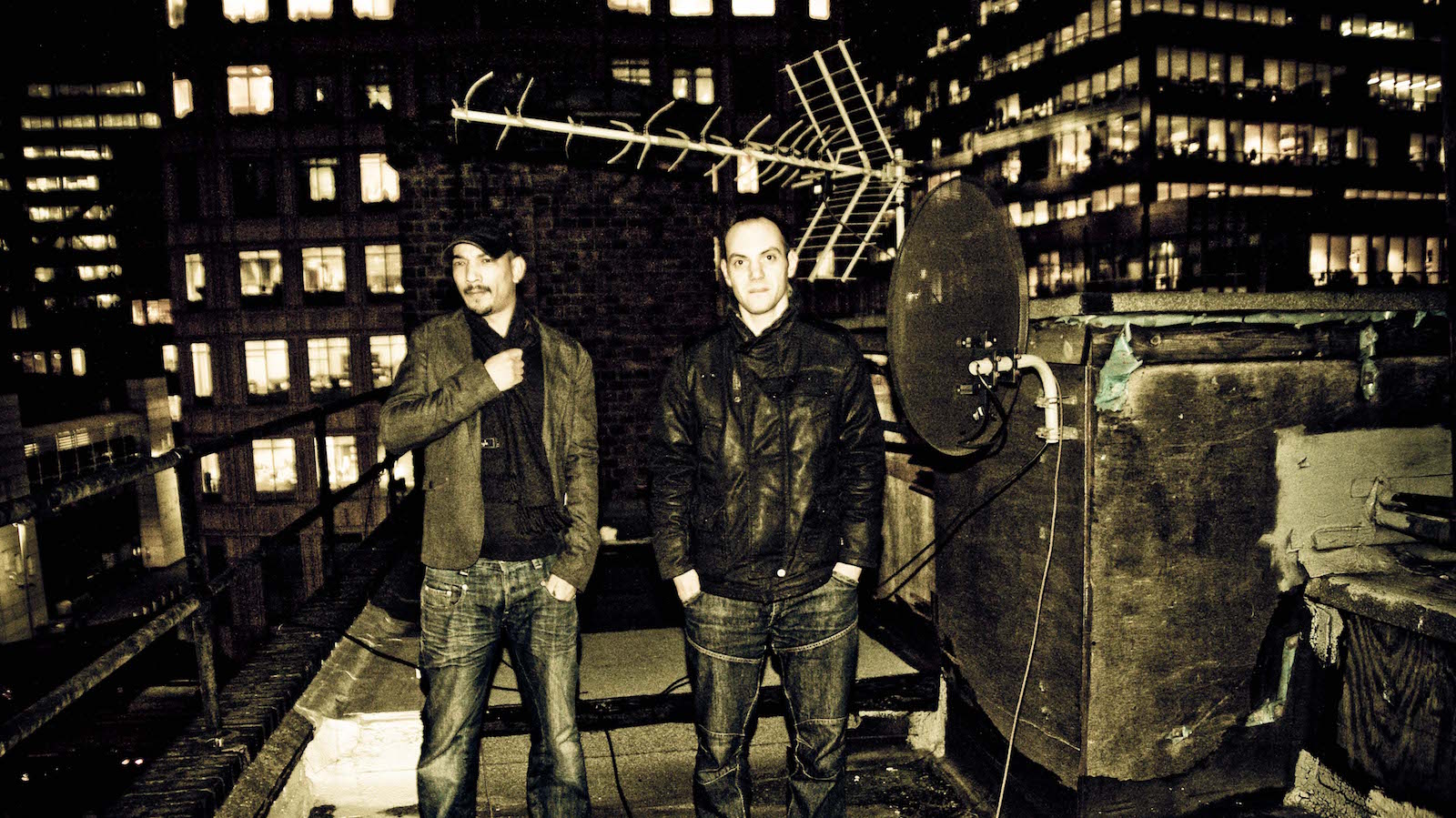 From whats been another extrememly strong year for the label, the mighty Metalheadz are drawing 2015 to a close with one of the more anticipated LP`s of the last few months, Artificial Intelligence`s ‘Timeline LP’. Now, Artificial Intelligence or AI as they are often abbreviated to should be a name that you are familiar with as they are no strangers to the scene, having released on a plethora of labels, from V Records/Liquid V, Shogun Audio, Dispatch, Commericial Suicide and of course, Metalheadz.

This duo bring their own brand of thick rolling liquid, and dark, weighty numbers and have continued to show us what they are about since 2003. Timeline, for me, shows exactly what the duo are about and thats their production, now that might seem like a bit of an obvious comment as most releases should be about the production, but AI literally just let the music do the talking.

With collaborations from fellow scene heavyweights such as SCAR, newcomers Dawn Wall and vocal efforts from DRS, Terri Walker, Steo and MC Sense this LP really is some of AI`s best work to date and a credit to their ever-growing back catalogue. We caught up with the guys to get a briefing on the LP!

Hello Chaps, hope you`re well! I bet you are pretty excited about the release of your debut LP for Metalheadz, we sure are! How long has this been in the process and is it a different procedure when producing for Metalheadz as opposed to say, V?

The album took close to a year to put together. Starting from the night Goldie had his first timeless show in embankment where the initial idea for Timeout came from and ended up being the very last track developed and finished. The main difference is that the first album was fully made on outboard equipment, samplers, effect units compressors, 32 track Soundcraft ghost mixing desk. We had a completely new set up, space for Timeline and integrated many of the current plugins including allot of UAD software.

It’s been 5 years since your debut album was out. What have you guys been up to since other than working on this latest masterpiece?

We have had a number of EP’s and remixes in between the album. The most recent being Forgetten Truths on Headz which was the very last track we finished prior to the album

What is a typical day in the AI studio? Any rituals you guys have?

The studio session have changed allot in relation to the earlier era where we would always be in the same room for every part of the process. Mainly due to busier lifestyles and technology giving us more options. We usually both send each other a few very basic ideas. We then decide which we should change or develop which we will then work on and we then get together for then final stages of the track.

You have worked with a quite a few collaborators on the LP, how do you go about choosing who you are going to feature on the album?

The majority of the collaborations on Timeline are artists we have already worked well with and were Keen to bring in for the project. In fact we had a list of collaborators half way through the writing process which luckily all came together at the end.

Are there any stand out favourites on the LP?

You guys have been releasing music for well over 10 years now and must have seen quite a change in scene. Could you give us some of your highlights over the years?

Two highlights are our very earlier years around 2004-06 when we tried to push the boundaries between soulful liquid and deeper sound with the more main room dance floor sound which was very separated in this era. It took a while but we managed to help try and achieve this merging influences from both sides. And the second highlight is right now. There seems to be so much good music and talented artists around us. We are just inspired and having fun writing exactly what we feel like rather then being boxed in trying to write a specific formula  and sound to fit in.

So what producer  are you guys are feeling out there at the moment?

Hope you enjoy the journey of the album. We are not sitting back now it’s here – Plenty more coming including a exciting follow up ep on headz which which we just handed the masters in for production and a collaboration project with Dawn Wall as well as other remixes and collaborations in the making

Buy the new A.I album directly from the Headz store