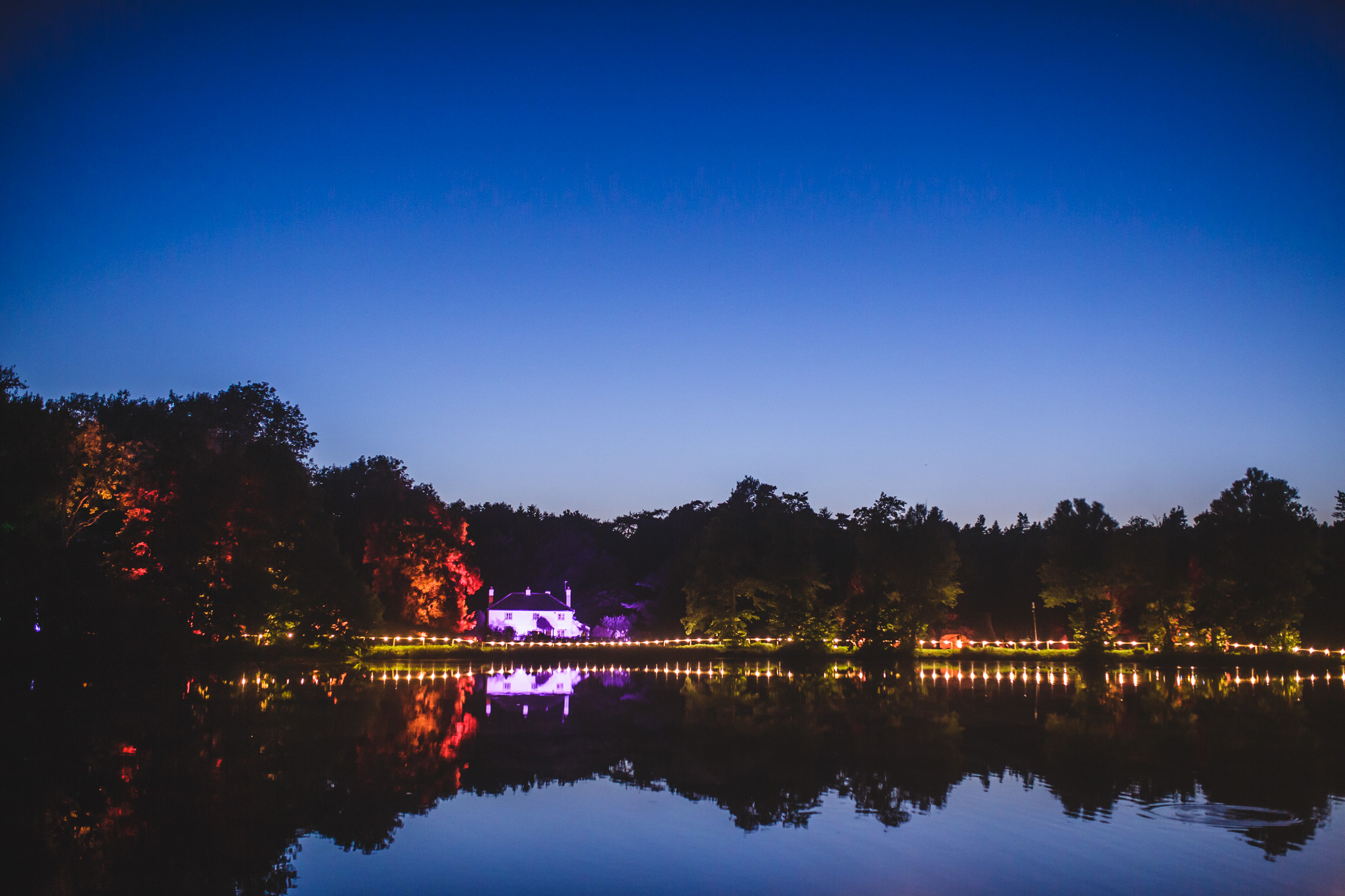 If I had to rank festivals by some sort of unified scale, I’d say that Houghton was Grade One in every respect. What I mean by that is that everything about it was second to none. The selection of DJs, the 24hr license, the crowd that it drew, the stages themselves, the facilities and non-music attractions, and the idyllic setting of the grounds of Houghton Hall – an enormous mansion built yonks ago which is literally Grade One listed.

We got to this festival on the Friday, and let me tell you, London to King’s Lynn is relatively long in a VW Beetle. Norfolk is fifty years behind in road innovation, there aren’t any motorways at all, there’s not even really any dual carriageways. We just had to bump it in the beetle along country roads for timeee. But the sun was shining, the stereo was blaring, and driving into the grounds of Houghton Hall between the surreal rows of white houses, out into an expansive opening surrounded by dark forests and shadowed by an ancient-Greek-temple-looking-building was quite the picturesque entrance. 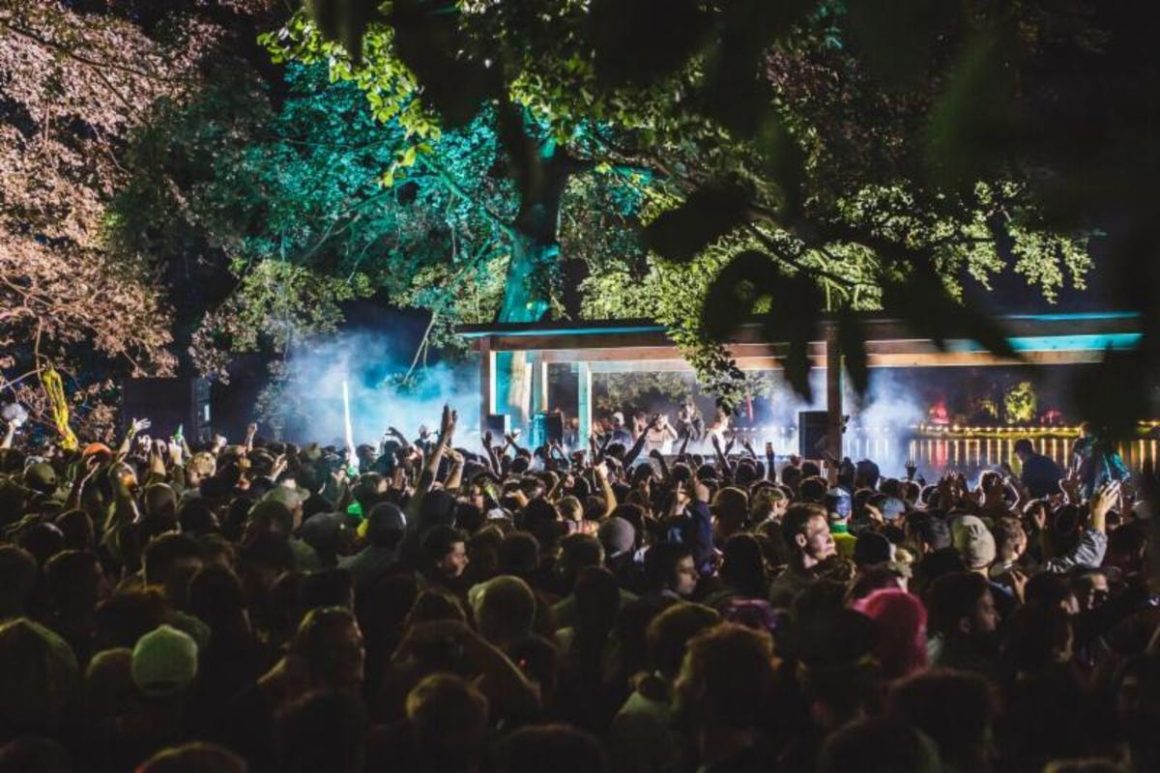 Houghton was brought to us by the accomplished team responsible for Gottwood, and it’s everywhere to see. Just like the isolated festival in Wales, Houghton’s a small boutique festival set around a beautifully placid blue lake which is marked by a majestic white house and topped with a floating wooden restaurant; The Nest. The details in the similarities are so precise that the same awesome waiter who served up my eggs benedict at Gottwood was there this time to serve up an assortment of smoked venison fritters and kebabs, fennel parkoras and local sausages covered in ‘definitely-not-brown-sauce’, as well as a bunch of ice cold IPAs. I never thought I’d be fine dining on a lake as the sun sets on the final day of a festival, so a big shout out to The Rest Is Noise for getting all the press together for a cracking afternoon.

I lost my phone on the saturday night of Houghton, so somewhere out there (I’m sure it’s in the booky dog kennels everyone was chilling in) is my notes with a list of everything that happened which I thought should enter into my review. No signal meant that it didn’t upload to iCloud, it still hasn’t been found, and there’s no way that any of the ten-thousand lovely souls who inhabited Houghton that weekend stole it, so it must have been spirited away by something, assumedly the children of the forest. We were just too busy scruing or smiling at each other (depending on the tune) over the impeccable quality of all of the soundsystems to notice. The first I encountered, Giant Steps by Brilliant Corners, set up in a flowerpot-furnished x Dothraki-style tent next to the food area forms a perfect example, because even as the smallest one, it offered surround sound and perfectly equalized bass just as it had at Farr Festival. Unlike Farr though, Floating Points delivered one of the highlights of the festival on this system, switching up afrobeats, jazz and disco to keep us on our toes. The only stage with room for improvement on the sound was the forest stage, which rapidly waned through the dense mix of trees and seshheads.

The Quarry was my favourite stage, three levels in a sort of amphitheatre style stage with an adequately carrying sound-system and a collection of lazers, proved to be the top spot for raving (highlight here was the second half of Mr. Scruffs’ 6-hour set) so long as the weather held out. On the Saturday, police evacuated the Quarry, and word quickly spread among the festival-goers all over Houghton that one of their number had died. A brief moment of sadness came over the arena, only to be rebuffed when the real news came out that a supposed bomb scare had just been a misplaced suitcase full of fancy dress.

If that incident doesn’t do the spirit of Houghton justice, the one with the streaker on Sunday should. As the music was turning up on the final night of the festival, I was sat down in the main arena watching the pink sunset with some pals. One of these so-called pals had recently broken my propellor hat, thus I had no constant kinetic energy input, and was instead getting a paella & Amstel base in place for the impending shenanigans. A cheer suddenly erupted around the arena, caused by  a streaking man running a huge loop around the main field, stepping past security guards with the most determined look on his face. In my memory this run was accompanied by Villalobos’ mix of ‘Everywhere You Go’, but I’m not sure if I’ve just subconsciously added that in for effect? Anyway after a few laps, the combination of running out of steam and increased guards chasing him meant that our hero was finally captured and manhandled up against a tree. But his story does not end there. The crowd started growing and becoming agitated at the capture of their hero, and they began stripping off items of clothing to cover him up, and cheering for his release with the security guards, who for the first time in the history of security or guards, were actually safe and let the lad go to the loudest applause of the festival. Well done guys, that was sick.

Some other highlights of the festival for me came in the form of a few outstanding artists; Midland, who has never failed to perform (before or since) even without playing ‘Final Credits’, Ricardo Villalobos,  who I was a little bit dubious about after his ‘I’m crying all the time, even behind the decks’ comments, but was more than pleasantly surprised to appreciate the hype around him, and finally Nicholas Jaar who was my personal highlight of the festival, bringing together absolute classics and absolutely unheard of rhythms to bring the festival to a mid-point high on Saturday evening.

I’m unbelievably excited for next year, this one is a new great with bags of potential and the team behind it are perfectly poised to make sure it fulfils it year in year out. 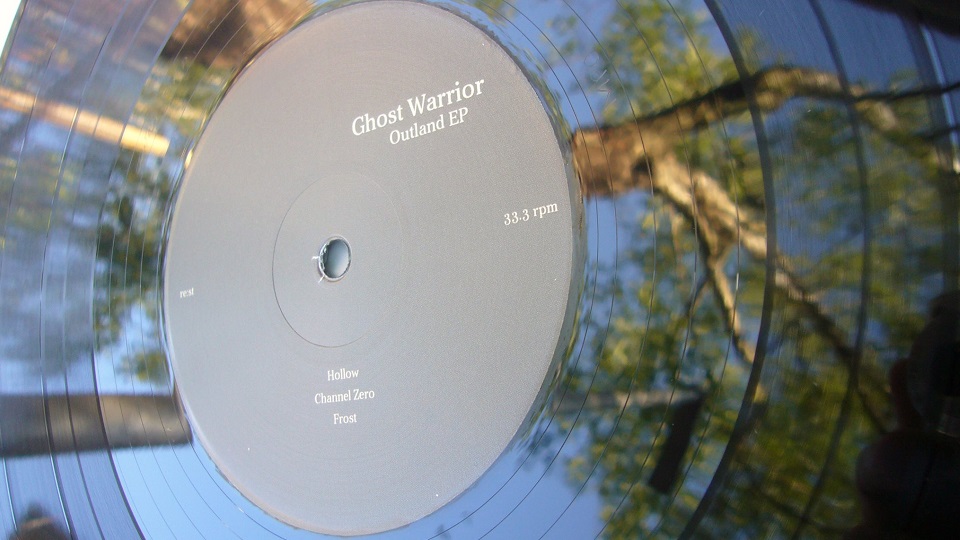