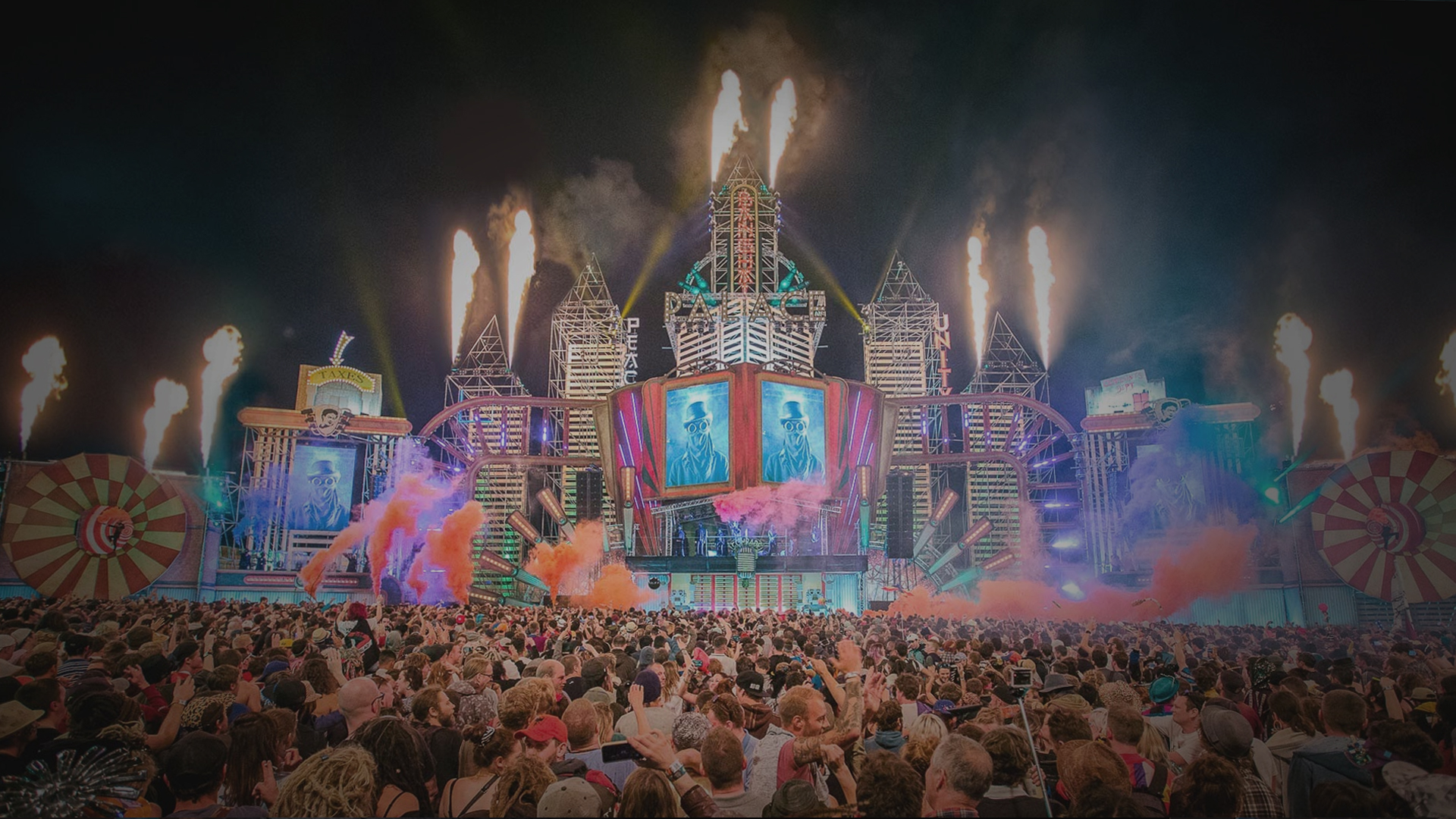 Boomtown Fair has been held near Winchester since 2009 and has revolved around a different story every year, each more intricate and interactive than the last. Between the ceaseless spamming of ‘Boomtown News’ segments and practically everyone on your various feeds tagging practically everyone on their friend lists exclaiming their excitement, it’s hard not to get caught up in the hysteria surrounding the once-independent Boomtown festival. Rivalled by few in terms of its massive stages and amount of money and creativity that has gone into them, if you’re a fan of electronic music and live in the UK then it’s safe to assume that you’ve attended, performed at, or at least heard of the weekend extravaganza that is Boomtown. 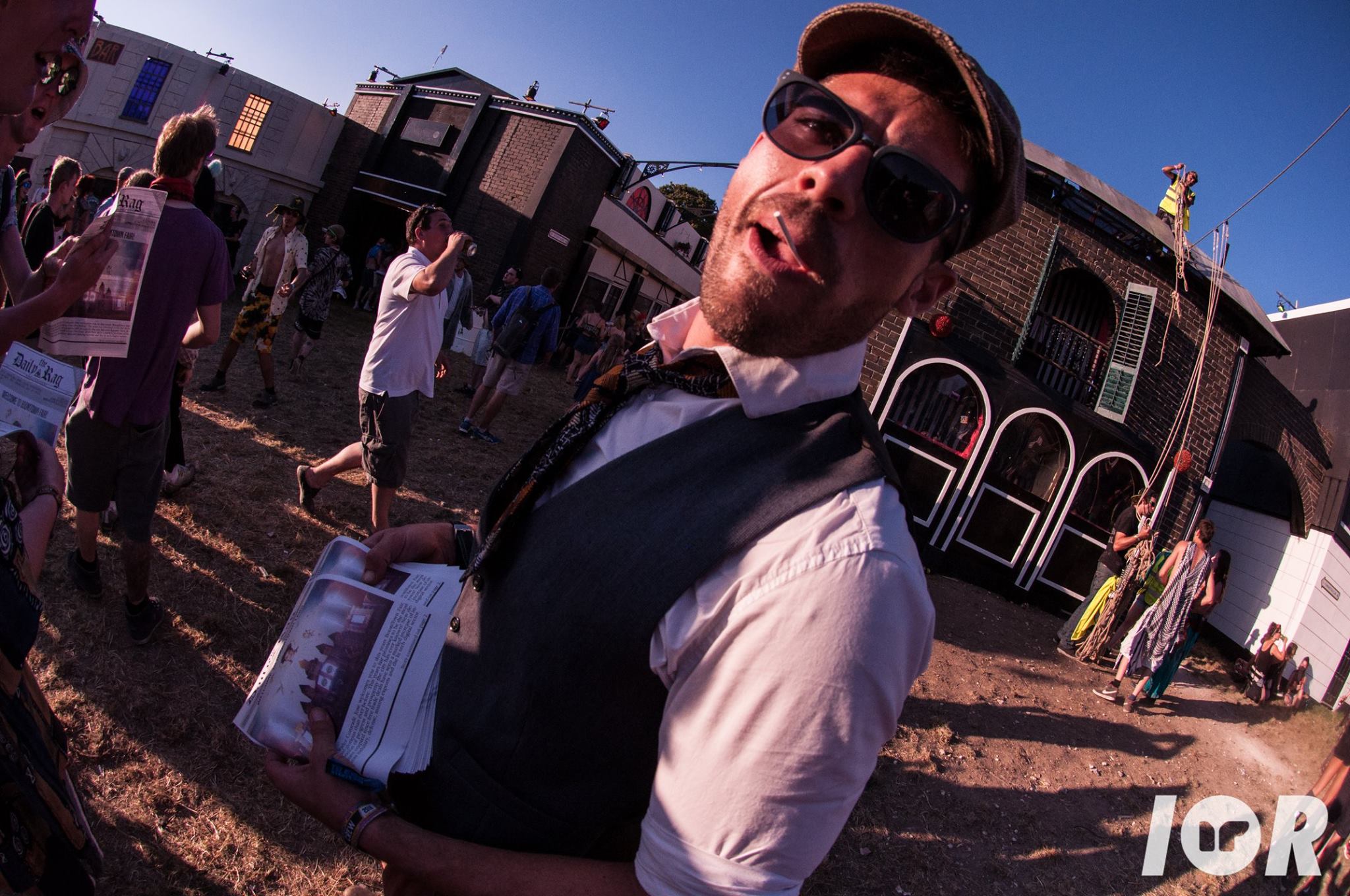 Though drum and bass is clearly at its core, the festival caters to the widest variety of tastes (and no, I’m not referring to Uptown’s food selection) with its performing artists varying all the way from reggae to punk rock, depending on whereabouts you’re looking. Tiny stages are tucked away all over the festival just waiting to be discovered; from the town’s Post Office to the Gypsy Tavern (offering surprisingly catchy gyspy-swing covers of classics such as Max Romeo’s ‘Chase the Devil’) every scene is a rave waiting to happen.

If the social media hype kept attendee’s pre-festival excitement levels on full, then they were met with an anti-climax on arrival: the queues. In the midst of the wristband-awaiting mass, horror stories are sung from one trundling group to another, telling tales of 6 hour waits and endless bag searches. My advice to a potential Boomtown ’17-goer? Get there late. People who arrived pre-10 am were subjected to painful waits whereas my group and I practically strolled in after around 3pm.

Friday’s highlights include Mungo’s Hi-Fi at the Lion’s Den, which draws a crowd that spans the entirety of the Den’s allotted field. The quality dub combined with the first-day atmosphere fuelled by the beaming sun makes for an amazing set. Calibre and VRS lead us into the evening with a chilled but (dare I say) slightly mundane show. I chill prior to Teddy Killaz at Congo Natty‘s Lion’s Den performance which unfortunately becomes impossible to not dance to. Stiff legs and all, Teddy Killaz goes off in a way that I’ve never witnessed in my 19 years, with 2/3 of the trio’s DJ’s mixing to perfection, the third not in attendance. I made the (ill-informed) decision to leave half way through and run to catch Friend Within which after such a perfectly mixed and pulse-raising DnB set, felt deflating. Back at Sector 6, Audio followed by Calyx and Teebee give the crowd what is at the core of the stages’ existence: an out-of-this-world experience. Though not initially noticeably quiet, I catch myself eavesdropping into a conversation four paces behind and decide that the volume level doesn’t quite match the vibe. Unfortunately I am under-qualified as a journalist to attempt to describe said vibe in a way that does it close to justice. 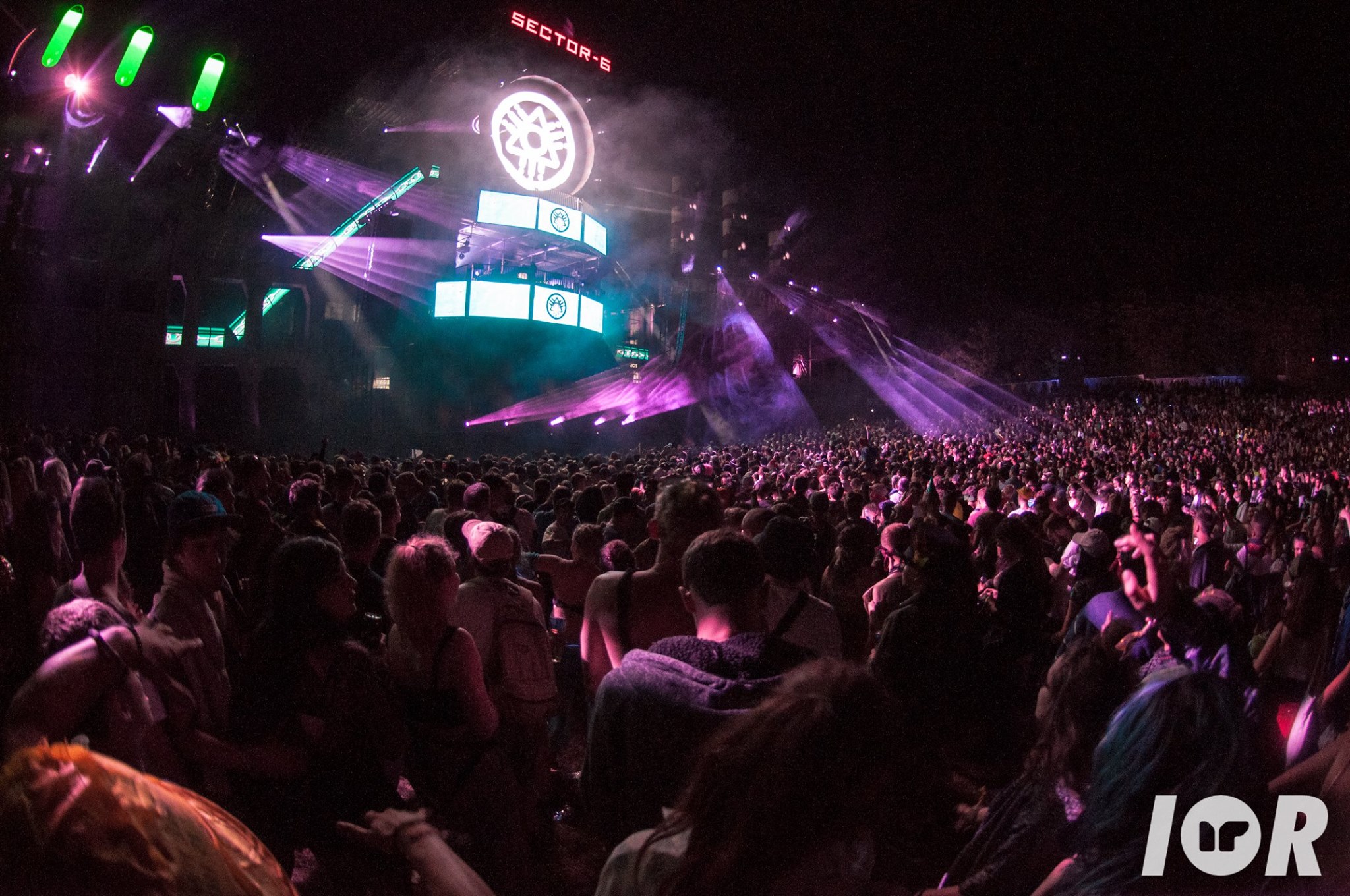 I’ve made a mental note to boycott the “Boomtique” showers which I begrudgingly paid £40 for, expecting a stress-free showering experience and instead received a 45 minute wait in the burning sun. Located right at the top of the campsite, which in 25+ degree heat is a bit of a mission, unless you’re more excited about over-priced massages than music then I suggest waiting for the campsite’s Zooloos like everybody else. At just £5 a pop, the Zooloos offer a practically identical experience minus the ‘glamourous’ pretence. A consolation is the festival’s under-advertised free taxi service which shuttle attendees up and down the hill, however this service would definitely be put to better use if it was for travelling between the uptown and downtown sites. Another cost to give a miss would be the ‘fresh’ orange juice, which was being sold for around £4 and was revealed to be no more than Happy Shopper’s own branded cartons!.

So I need to take a paragraph here to talk about Mefjus and what happened at the end of his set on the Saturday night. We are warmed up by Emperor, and I say warmed up because despite the fact that he was one of my most anticipated sets of the weekend, his track selection does little to blow the crowd away. Despite this, his actual mixing abilities are impressive and though lacking in diversity his song choices lead perfectly into Mefjus’ takeover. One of Critical’s stongest, Mefjus has been on the radar since his 2010 Touched By Night EP. His tracklist and timing is flawless and the huge crowd at the Banghai Palace are giving him their all. Like all good things the set draws to an end and the MC annouces that we’ve got time for one more, asking the audience what they love. Peace and quiet is apparently the answer, as no one utters a word. “Why are we such a dead crowd?“ I mutter to my equally-as-confused friends as the MC snaps: “Ok. Goodnight“. The lights come up and Mefjus‘ 2016 BoomTown set will have always been left on a cliffhanger. Mefjus, if you ever read this, I’d like to apologise on behalf of the everyone there, because you killed it and deserved better. 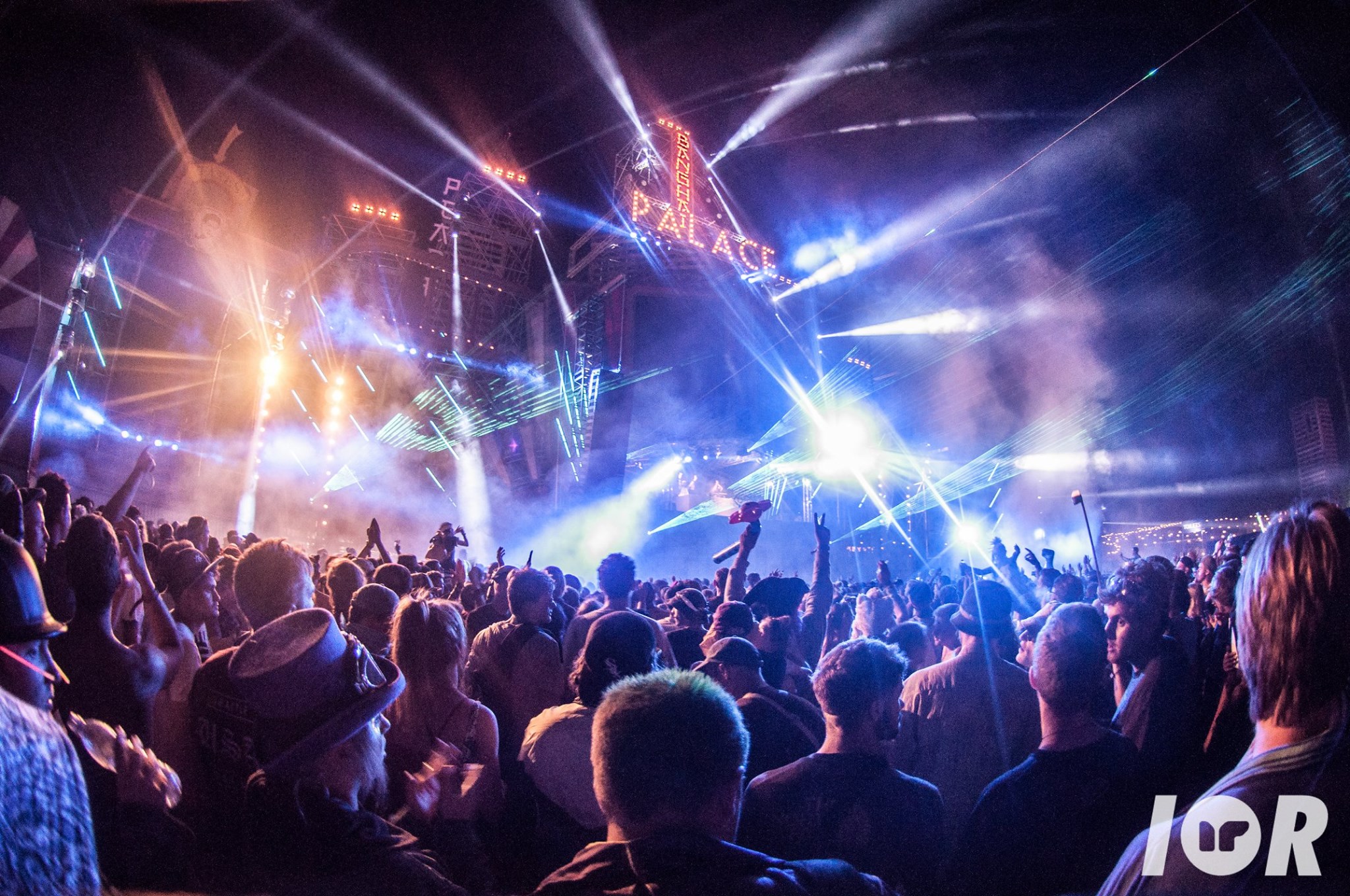 Sunday brings a powerful performance from the respected Damian Marley, and not just one but two closing ceremonies, with The Upbeats closing Banghai Palace and Hype and Hazard at Sector 6. Closer to the latter, I lasted a short while before realising a standardly mixed jump up set was not what I wanted to remember BoomTown by. Judging by videos of Hype’s ‘Mr. Happy‘ fiasco, I made the right shout. Enter, The Upbeats. Admittedly I hadn’t given the New Zealand duo much of my time prior to this night but nonetheless they became my favourite set of the weekend. Not a beat is missed by DJ nor crowd and the festival closes with Audio’s ‘Headroom‘, having closed with his track ‘Collision‘ the year before.

Boomtown is an experience and an escape. Showcasing the best of the bests from so many genres and demonstrating to new crowds just how music should be played and enjoyed; Be it on a pirate ship, or in somebody’s grandmother’s living room (yep that really is a stage) the entire festival is alive with imagination. Musically paralled by none in the country Boomtown is no doubt becoming, if not already is, the UK’s defining festival. 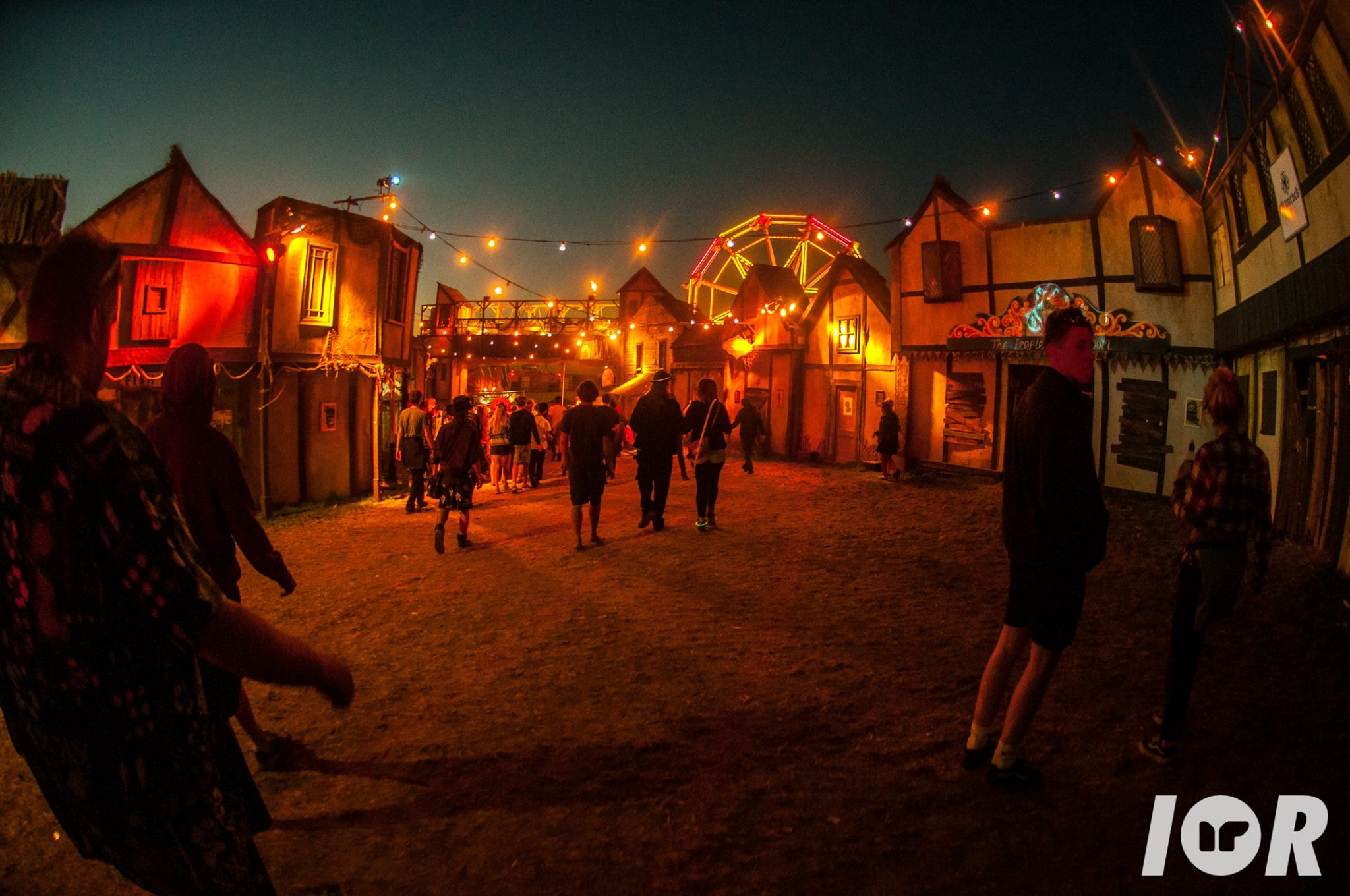 These photos and more can also be viewed in our facebook album here.