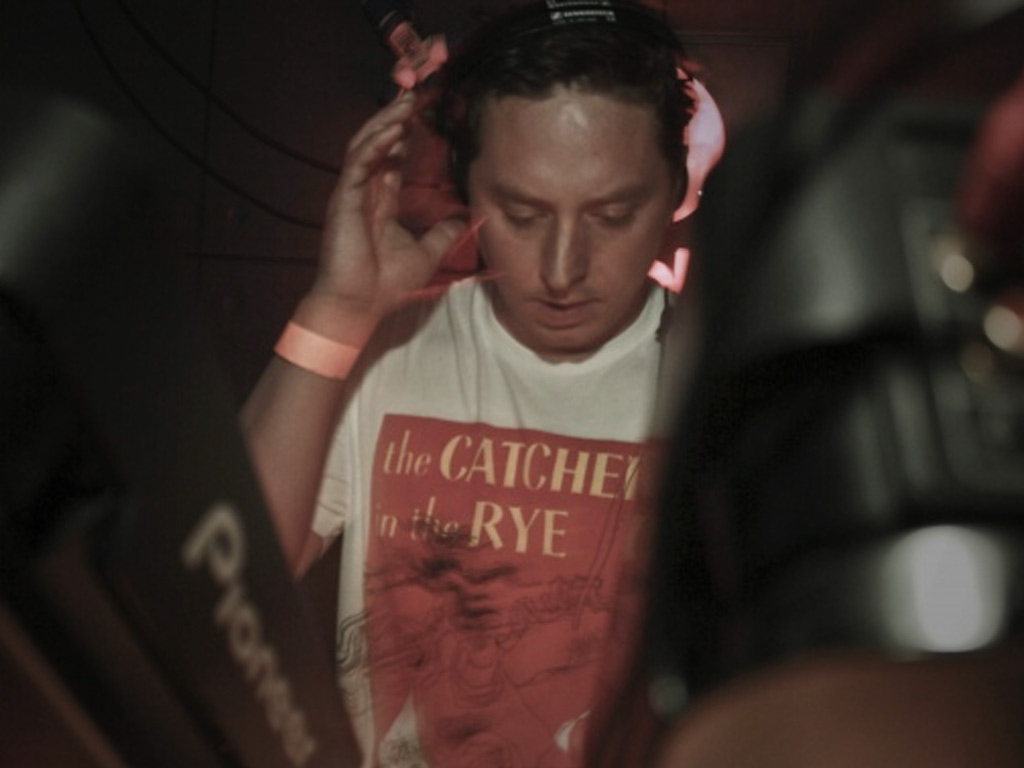 It’s only February and we’ve already got another mix for you. This time we’ve got an exclusive straight from the Headz camp, Mikal who steps in the for an hour long mix showcasing all of his latest works, including his brand new long awaited album which is out now on Metalheadz. Kick back and turn it up…. See below 😉

It’s still early doors for 2016, but there are already a few LPs looming large that are primed to set a couple of fires in the hearts and mind of drum fiends everywhere. The first to step up and set the bar is Mikal’s Wilderness LP, coming out on Metalheadz in February.

For those that haven’t been paying attention (shame on you), Mikal’s had quite the career and is fast approaching the distinction of being a veteran with a decade on the scene and a healthy stable of releases on a slew of labels like: SGN:LTD, Big Bud’s Sountrax, Mako’s Utopia Music, the sadly now-defunct Pristine Recordings and, of course, Headz. Mikal’s style as a producer is definitely right down the deep end, eschewing robotic 2-step rollers in favour of raw, break-laden tunes that assault and delight the senses in equal measure.

In honour of the release of the Wilderness LP, we’ve picked out and broken 5 choice cuts from the 16 track album for your reading pleasure and had a quick catch up with the man himself: Mikael Willett, although you can just call him Mikal.

So, Mikael, thanks for taking the time to talk to us. First up, I was wondering how this LP came about? Is it a project you’ve been working on for a while, or is it something that just happened naturally over time?

Most of the album was written in the last year or so. There were a couple of tracks I wrote earlier that I kept aside before writing the rest, though. When I signed with Metalheadz the plan was always to release an album but I had to get a few singles and Ep’s done first.

Another question about the LP, do you see it as more a collection of sick tracks (a bit like the Zero T LP), or is it something with narrative structure, like Mark System’s LP?

I’d like to think of it as a complete body of work that fits within the Wilderness theme, a mixture of styles and ideas that show people what I like about writing music inside and outside of Drum & Bass. When i’m writing I often find that the ideas that come out are quite different and perhaps doesn’t have an obvious signature sound.

There are only a few choice collabs on the LP so I was wondering, who would your ideal collab be with and why?

It’s very hard to narrow down to just one person or group. I like working with all sorts of different artists as they all bring something new. I really enjoyed working with all the artists that featured on the album and most of them I’ve already worked with before. Working with Break is always a pleasure, he gets what i’m doing and it’s always really straightforward writing stuff with him. I’m also working with Riot from Buraka Som Sistema on another project now.

I know you must get these questions a lot, but could you take us through your production set up and process?

The setup I have is quite simple. It consists mostly of a Macbook Pro and a Mac Pro. I’ve got a few bits of older outboard kit from when I started to write music that I sometimes use for a bit of sound design: Akai S3000XL sampler, Quasimidi Rave O Lution 309 Drum machine and Synthesizer, Sequential Circuits Six Trak (One of the first MIDI synths from 1984), Alesis 3630 compressor and a Lexicon multi FX unit.

The process with my songwriting often begins with pads, chords and other musical elements to create a ‘mood’ before moving on to the drums and bass, etc. I can spend days just creating sounds before I start putting a tune together.

The first is, funnily enough, the first track in the running order: Patterns. Featuring Sophie Barker on vocals, this track really sums up all that is good with Mikal. It’s dark and brooding, rendolent with classic Headz vibes and laden with raw amens. What makes this really great though is that, even though it is set in the past, the production value is very 2016 and it sounds literally fat as fuck. Enjoy this one, I certainly did.

Next up is Help Me. Gone are the harsh, dark flavours, replaced instead by an almost delicate sensitivity. Yeah, I’d probably call this a liquid tune, but that moniker doesn’t really do it justice. It kicks off with these gorgeous orchestral strings that evolve into a measured minimal stepper. There’s a lot of space between the beats for the ornamentation and sweeping bassline to play in, and do they ever frolic.

My third selection is Musical Rush. No surprises here, it’s both a collab with the man they call Break and it’s also fucking savage. Real talk here, I’m not to sure I like the producer Break has become. That standard, paint-by-numbers roller approach has become far too common, and it’s nice to see him branch out a bit here. As you’d expect it’s got a distinct amen twinge to it that meets sheer brutality head on. It’s raw, uncompromising and is pretty much the stunning centrepiece of the LP.

Moving on and we encounter JB’s Groove. The only track that isn’t 170, it’s curiously downtempo. Resting nicely at 120, it’s not really a house track, although I’d hesitate to slap it with the generic bass music moniker too. It rhythmically shuffles along, laden with quasi-carnival, hip-hop vibes. It sounds strange but it really caught me, helped by the fact that it really does stand a long way outside the aesthetics of the rest of the LP. It’s an interesting look into what Mikal’s like outside of D&B, and definitely one for the weird hours of the early morning.

Final selection’s called if we become, purely because it is pretty representative of the rest of the LP, and it’s probably the best executed out of all of them. Full, harsh drums, rippling amens and rough growling bassline’s are order of the day here, making this a dancefloor weapon, plain and simple.

So overall, it is a strong LP. Yes, there is some filler, as you’d expect from an LP this size but when it hits, it goes off. Strong aesthetics, tight production and wicked collabs make this a seriously impressive first album.

In-Reach // Top of the pops