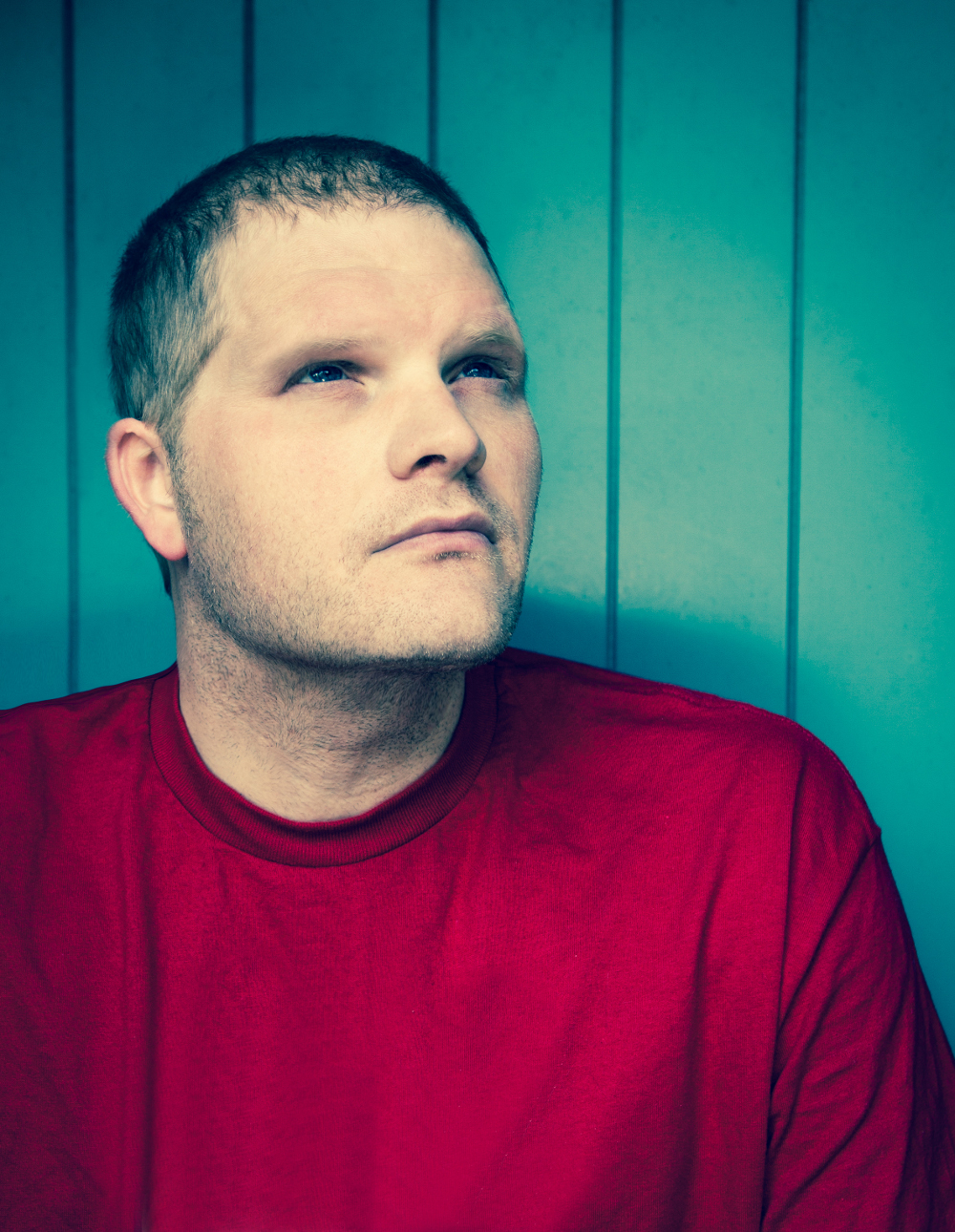 Klute Interview & the release of ‘The Draft’

With over 15 years in the game Klute has proved to be one of the most diverse and revered Drum and Bass producers in the world, renowned for pushing the boundaries to produce incredible inspirational music. His talent to unite a multitude of influences in his music, from techno to thrash to dub, with punk attitude is Klute’s trademark. In 2001 Klute established his own label ‘Commercial Suicide’ and released his first Lp ‘Tranceformat’ which showed just what the label was all about, exceptional quality tracks with an edge. Klute’s style is completely unique flowing with melody and oozing perfectly orchestrated bass lines and tough beats. He’s now set to release his seventh studio album ‘The Draft’ after a succession of fantastic reviews and high appraisal for his previous releases.

In-Reach was lucky enough to get an interview with Klute and here’s how it went . . .

Hello Klute, How are you today?

Klute – I’m feeling pretty fucking great today actually. Had a great weekend of celebration. Friday was the London album launch for The Draft at Fabric which was fantastic and then Sat was off to see old friends up in Ipswich to celebrate an old friend’s birthday. The perfect weekend. I’m deliriously tired.

You’re releasing your new album ‘The Draft’ next week, can you tell us a bit about it?

Klute – Yes I am. It’s my 7th LP as Klute and it was a lot of hard work. As Klute I kind of established myself as an “album artist” pretty early on and ive always taken great pride in stock piling my music with a view to compiling a package of music with a narrative that makes sense as musical journey. I’m a big fan of the “album” in general. I buy lots of peoples albums….mostly on vinyl and I love to sit down and listen to em….or drive to em, or travel to em. I like to lose myself in the music and the atmosphere. I hope I do this for others with my albums. With this LP I decided to return to working extensively with singers but others wise I wanted to work alone.

You’ve got quite an interesting background in the music industry! In the late 80’s you was drummer, vocalist and song writer for the British hardcore punk band ‘The Stupids’ before finding a love for Techno. What was it that inspired you to transition into the Drum & Bass scene?

Klute – Primarily it was the drums. Syncopation. Drums are my first instrument and as a punk drummer im pretty fucking good. Ive always been into the stuff that weaves in and out of the backbeat. I guess in a way that’s where I lost faith in that side of things. anyways, it was the drums, the bass and the DIY mentality.

‘Certificate 18’ saw the releases of your very first jungle tracks, you then went on to create your own label Commercial Suicide. Without your own label do you feel that your music might have struggled to have the flexibility it has now to push the boundaries and experiment within Drum and Bass?

Klute –  I have no idea. Im sure i would have found my way. Most people have their own vision, i concentrated on mine and did my own thing. Cert. 18 was a great label. sorely missed.

Commercial Suicide has seen releases from a spectrum of exceptional characters within the music industry. Do you feel that diversity within the music you release has helped your label to grow to the extent it has; you must feel quite proud of what you’ve achieved.

Klute –  I guess it has but to be truthful i haven’t spent a lot of time looking back on my catalogue. There’s a lot of things I’ve completely forgotten about which makes me think its about time i did some kind of retrospective compilation. Theres a ton of fantastic stuff that should be revived. Im definitely proud and it spurs me on to move forward. Some labels really seem to over emphasise their “a&r” prowess, I find all that nonsense rather boring and i’d imagine other people do too. Lets stick to releasing music without the smoke and mirrors please.

What characteristics do you usually look for when signing a producer to your label, Is there any fresh new talent you’ve had your eye on recently?

Klute –  Primarily i like to work with people i like and who are doing music for musics sake. At times there seems like a growing number of newer “careerist” producers, looking for whatever they consider to be the best option for them to get on the fast lane to whatever it is they’re looking for. The best music has always transcended that. You earn your brand by consistant presence of quality. Not by shoving yourself down peoples throat. In essence I’m looking for producers and music with good chemistry.

As you’re always on the road representing commercial suicide, do you ever get the chance to produce whilst you’re on the move?

Klute –  The first laptop i ever bought (the 1st ever Mac Titaniums) was specifically to use to produce when out on the road but i never did. Never. Sometimes i do the odd tune at someone else’s studio – usually a collab but otherwise i prefer to look out the window and enjoy life.

‘Part of me’ will always remain a timeless classic and one of my personal favourites; can you name a few of your all time favourite tunes . . .

You’re about to release your seventh album; do you find they come together fairly fluidly or was there a lot of sweat, tears and cursing when writing them?

Klute – There’s always a lot of sweat & tears. When you’re so close to something after awhile you can become snow-blind. I made way more than i needed for this one and it was really hard to pick what to keep etc. Its always the decisions that are hard, the writing is the fun part. Im happy to keep writing til i drop dead, but id love to leave the decisions to someone else.

I’ve heard that you don’t always use all of your material for your albums, should we be looking forward to more releases in the pipeline or even another album?

Klute – We’ll see what happens with the extra stuff for this one. As i said, i’d prefer someone else to make the decisions for my own stuff. Releasing other peoples music is totally different to releasing your own. When you’re so close to something you’re quite aware of every aspect and what YOU think of as flaws. When its someone else’s music you have the privilege of interpreting the imperfections as beauty.

Could you run us through your current set-up? Analogue or digital?

Klute-  I use a healthy dose of both. I like hardware, but then its all operated by a Mac Pro that runs through an ADAT bridge into a Yamaha 02r mixer. A set up I’ve been using for years and keep coming back to. The 02r affords me so much flexibility and routing. I use a lot of outboard effects, like the Eventide H3000, a Fulltone Tube Tape echo both of which you simply can’t emulate. Then of course theres the synths. Big fan of hardware synths and they’re all over this LP, especially the old Matrix 1000 and the SE1-x. of course theres plenty of plug ins too. Talking about gear and production within d&b is much the same as Golfers discussing their swing. It often gets so boring and i often realise that some of these guys are motivated primarily by engineering and not music.

What are your thoughts around the digital age, do you think it has helped the new breed of producers compared to the 90’s when everyone was using analogue equipment? Do you think this has had any negative effects on the music scene?

Klute –  Id say the only thing is that its enabling people to “over produce” . Digital emulation has placed a lot of decision making into the equation. Ive always found that limitations have been what inspired me….way much more so than having an unlimited supply of possibility. When a company updates they just seem to add “more” rather than think about the psychology behind creation. People are getting used to this over chic and i think have begun to expect it. One of the most inspiring bits of gear I’ve been using – on the album too – is the Teenage Engineering OP-1. An amazing and quitky little box, full of possibilities but at the same time quite limiting in its approach. For some reason it just spurs me on to explore my mind rather than a 27: inch screen with infinite menus and sub folders.

You’re on your seventh album release now, that’s roughly 140+ tracks to name. I’ve come across a few that have put a smile on my face. . . Pissed Jeans, Pancakes, Sexy Party and ‘Maximus by Dominus Et Klutus’. Love the ‘Gladiator’ vibe of the last one! How do you come up with the names for your tracks?

Klute –  Sometimes I’m “lucky” with what pops into my head – or maybe not!

We’ve heard your quite fond of your allotment and enjoy a skate; do you get much time to fit these in around a full time business to run and writing tunes?

Klute –  no! god no. The entire summer i didn’t get to set foot on my board once – actually thats a lie, i rode the board on the streets once.

Sound waves are said to help plants to grow; if you were to play a track from your upcoming album to one of your vegetables on your allotment, which one do you think would be most successful in achieving a well turned out veg? A form of Klute vegetable therapy if you like. .

Klute –  I’d say Our Pretty Lives, cos its got that earthy “grow” vibe to it. I think i might start marketing myself to garden centres again.

The cold snap’s on its way once again, what will you be doing over Christmas and New Years?  Has Commercial Suicide got anything in store for us this coming year?

Klute –  Ive just sent off the next 2 releases after my album for production so hopefully one of those will make it out before Xmas. Theres already a few more things in the pipeline for next year, so its already looking very busy.

Massive shout from the In-Reach team to Tom Withers (Klute) for the interview, The albums excellent as expected 🙂


The Draft is set to hit the shelves on the 14th October.

Get your LP on vinyl HERE, and get your CD HERE 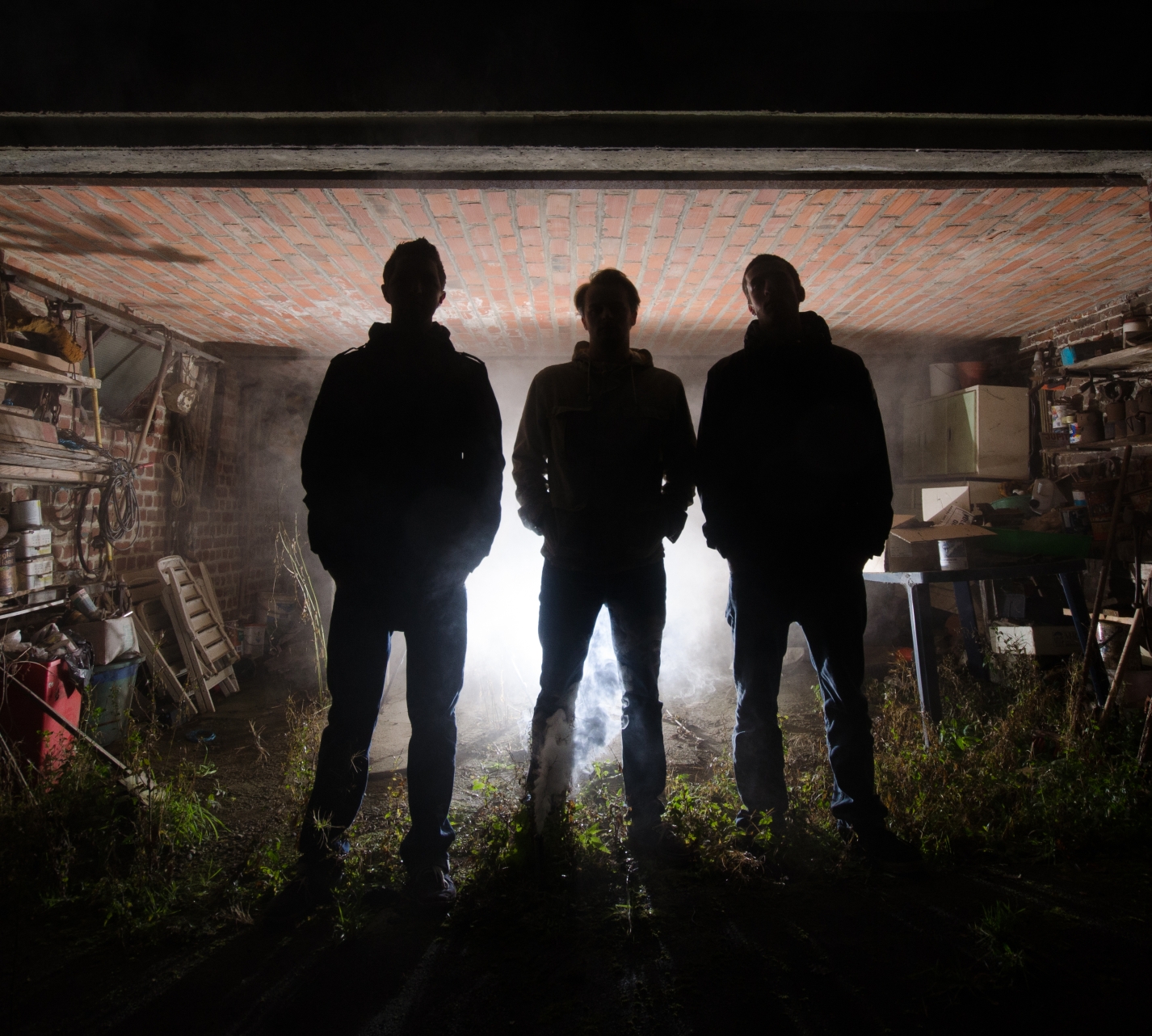