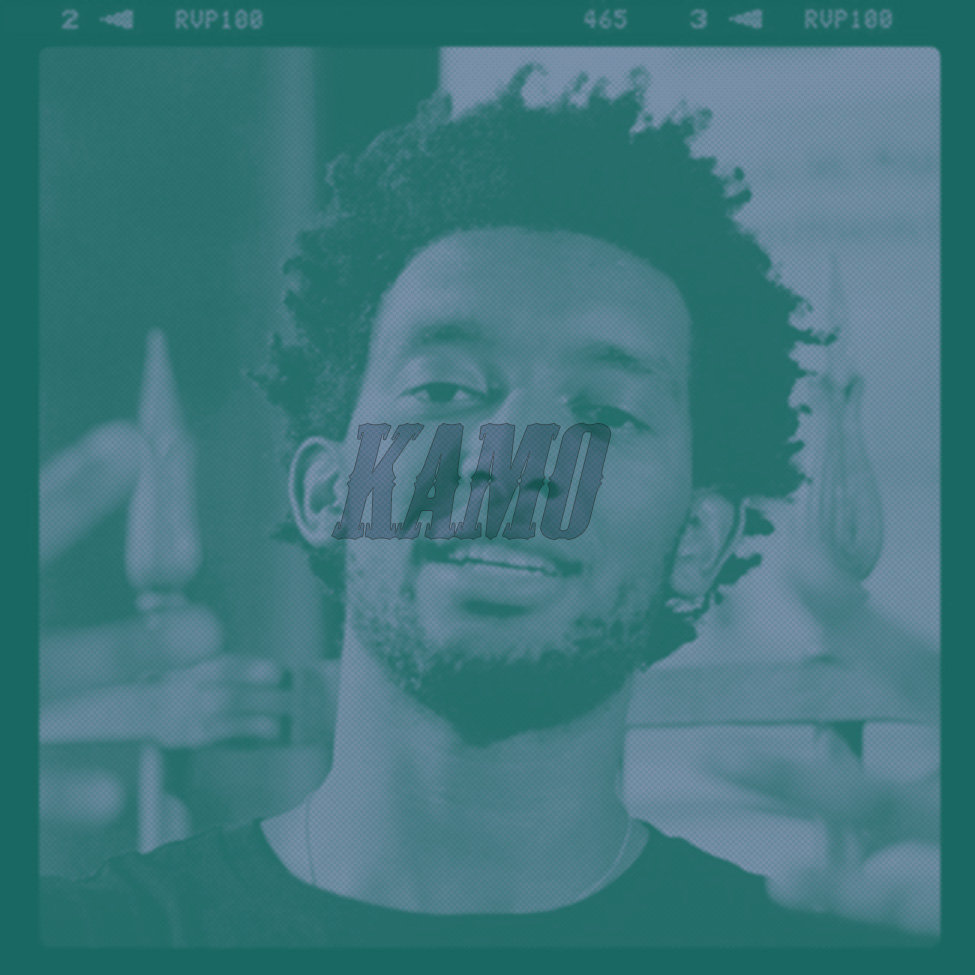 I’ve been following Kam0 for a couple years now through the wonder of his Soundcloud.
Unsure of exactly what to expect when I first clicked play on one of Kam0’s tracks, I was greeted with a soulful intro which sounded soft for my taste at the time but only went to show my naivety towards his selection of samples and what he would do with them in the lab.. Cutting and chopping the likes of Marvin Gaye, Diana Ross, Minnie Riperton & Curtis Mayfield to name a few..

Playing with classics can be risky business but when pulled off, definitely makes an impact.
Whilst playing through Kam0’s collection online, being greeted with such intro’s took me back a little to say the least.. I won’t go on too much more but to advise you to take some time to appreciate where he’s coming from with his productions and see where they end up taking you. (Bandcamp & Soundcloud)

I got hold of Kam0 and he’s taken time to go through with us at In-Reach the whats, wheres, whens and why’s of how he came to producing and shining a light on the grooves of yester year..

In-Reach: Firstly, before getting into the interview I asked Kam0 to choose a track he produced which sums him up as a producer… Which? Where & Why?

Kam0: So the tune I choose is “Love Pt.3”. It’s an instrumental that was used for a track “Dragon and Wishbones (feat. Zay Alix)” from my 1st LP “From Paris With Soul”. This is the 3rd track of a concept of sampling vocals containing the word “love” to make a beat. Right now, I’m at “Love Pt.5” maybe at 10 I will release a love EP or something like that.I can’t remember exactly how I was when I made this beat but generally it could depend on many things like the weather, my state of mind or what I was listening to at the time…This one is 1 year old and I picked it because it’s one where I’ve really worked on the chopping and flipping, and it is also the type of track that I enjoy making, very soulful, smooth and positive.

In-Reach: Who is Kam0, Let the guys know a bit about yourself..

Kam0: I’m Kam0, 21 years old, beatmaker from Bordeaux (France) but now in Paris for 5 years to study. A member of the CAD (Collectively All Determined) crew with rapper/producer Bias and rappers Zen and Pressure and others bros, all from Toronto, Canada.

In-Reach: Born and raised in France,  how did this influence your productions to date if atall?

Kam0:I can’t say that where I’m from has influenced my music, I mostly listen to HipHop/Soul/R&B. What really influenced me was my parents, who listened to a lot of Funk, Disco, Soul, Caribbean and African music.So I grew up listening to stuff like Shalamar, Earth Wind and Fire & Fela Kuti.

So I’m a huge fan of Funk music and before Hiphop, I was also a lot into R&B music.

In-Reach: When & what got you into music production?

Kam0: I started producing seriously a little more than 2 years ago now. Before, I just wanted to know how to play the piano, so maybe 4 years ago I bought a Casio keyboard in order to learn by myself. Then one day I saw a video of Ryan Leslie on Youtube remaking his tracks piece by piece in his studio. This is how I started to understand how the thing worked whilst using software to recreate his songs. Then 1 year later, I saw a video of 9th Wonder making a beat and it really made me want to do the same and go into sample based beats.

In-Reach: Along the road, what artists and tracks have been your biggest inspiration

Kam0: My biggest influenced is 9th Wonder. I’m really into his type of beat, really smooth and soulful with vocal samples.The “old” Kanye from Blueprint, College Dropout, Late Registration… Were major influences, this guy is a genius even if today he has changed a bit.. My two favorite albums are “The Minstrel Show” by Little Brother and “Be” by Common. With producers I’d say Ski Beatz, Apollo Brown, Alchemist, Exile, Dilla, Jake One, 20Syl (french), Just Blaze, Preemo, Pete Rock and Madlib.

In-Reach: What’s the French scene like at the minute and has that had an influence on your style of production?

Kam0: Right now the French scene is really really dope. There is a lot of independent or less know guys that are making some real stuff. Rappers like Nemir, Veerus, 3010, Joke, Pink tee, O.Djee… or producers like Myth Syzer, Ikaz, Willie Beatz… They’re the french artists I enjoy right now. For sure it influences me as does everything that I listen to.. Not necessarily on my style, but giving me the desire to make more music as I’m not yet at their level.

In-Reach: Have you got anything coming out in the oncoming months we should be aware of?

Kam0: Yep, I’ve worked on the EP of my homie O.Djee “Testarossa” which is coming in April. I’m also working with some rappers from almost everywhere but I don’t know exactely when the tapes will be released. Also I starting working on my 2nd LP “Yes, I’m French” which is coming this Spring or Summer. Otherwise, last month, we just released our 1st Tape “The Collective” by CAD with my crew. I’ve also participated to a beat tape, out since 01/03, with 40 others dope producers mostly from France, “Collective Beat Tape Volume 1 & 2“. You can still download previous releases on my Bandcamp and listen to the instrumentals on Soundcloud.