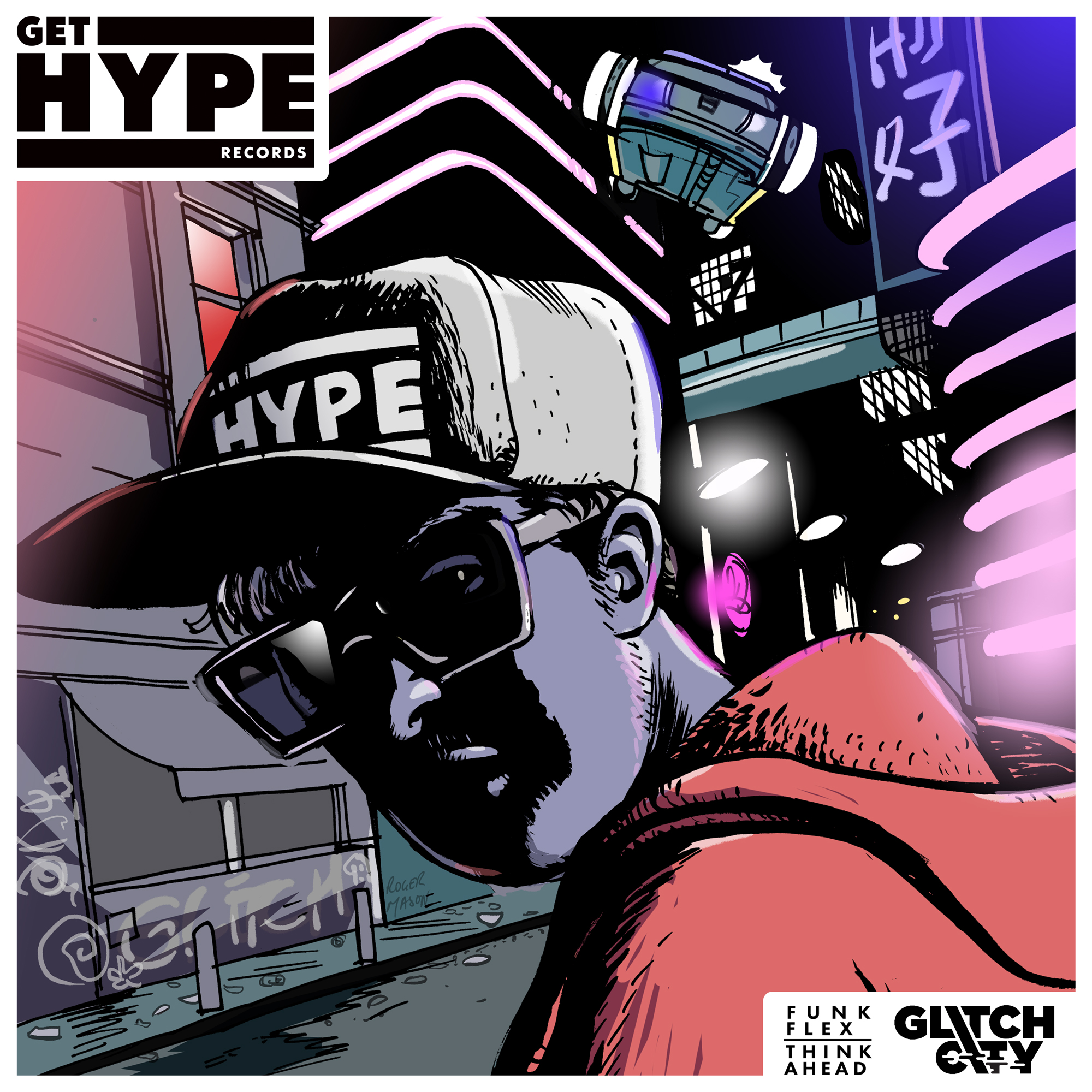 In a scene that’s awash with would-be producers and young talents climbing the ranks all over the place it can be hard to get noticed unless you have really worked hard on your craft to make it noticeable. One such producer that has done just that goes by the name of Glitch City.

Now, last year was a huge year for drum and bass, incredible music was released, new talents got a look-in and already established artists announced new ventures, another such outfit that started something new was The Prototypes launching their own label ‘Get Hype Records’.

The Prototypes known for their contributive and loving approach to the drum and bass scene decided to start the label to push unheard talent and provide fans access to their own music through a more structured outlet.

The first signing to the label was the aforementioned, Glitch City. A young drum and bass producer from London who has been on the circuit for a few years under a different alias but now settling down to the serious stuff. His first release for the label ‘Black Hole Skank’ has been getting regular plays from some major heads such as Andy C, Friction, DJ Hype and more!

Now onto his second release for the label, this time a 2-side dancefloor-aimed banger consisting of ‘Funk Flex’ & ‘Think Ahead’, Glitch City has most definitely raised the bar again giving the listeners an optimistic foresight into an aspiring future career for the young producer.

We thought it best to catch up with the man himself and get a little insight into his workings and processes.

Glitch City, easy mate! So firstly let’s start with the basics, where did you coin the name ‘Glitch City’?

How’s it going?  I had a list of names I liked and went through the favourites.  Originally it was to be “Glitch”, but did my research and found out there was another producer/DJ, also based in Brighton with the same name!

Can’t be steppin’ on anyone else’s titles so really cleverly added “City” to the end of it and bam.. completely fresh!

You caught the attention of The Prototypes recently with things all kicking off last year, how did all of that come about?

I’d been sending them tunes for a year or so and they liked the music I was making. It was none other than “Black Hole Skank” which caught their ears so we had a meeting and from that felt we’d work well together.

Talk us through a typical day of production for you, any studio rituals at all?

I find I’m best getting up early and jumping in the studio while I’m fresh.  Tea and smokes are my studio diet for the majority of the day.  By about lunchtime I’ll make something light to eat to avoid food coma and give my ears a quick rest.  My main aim when started a new track is to get the whole structure (intro, drop, etc) done in one sitting, which could mean a 15 hour day sometimes.

So, your second release for Get Hype is now imminent, how long has this one been in the works?

The AA side “Think Ahead” is my favourite tune to date, I started it straight after “Black Hole Skank” and it took a couple of months to perfect.  It has a similar lead but I think it has a more catchy riff and heavier feel. It’s good to have a recognisable sound/style, but the best challenge is to get out of that comfort zone.

Funk Flex came about earlier this year when I took the first 16 bars out of another recent tune of mine.  I tend to overcomplicate things when I initially start working on a beat so I decided to make an entirely new track with the riff – so Funk Flex was born.

As far as influences go, is there anyone who has contributed to your sound/style?

If we’re talking Drum & Bass I’ve always loved the early Playaz or Subfocus sound from when I started listening to this genre.  Anything thats got that heavy dance floor feel and lots of musicality in it.

If we’re going further back in time, it would undoubtedly be Dre and anything west coast hip-hop.  Those are my favourite beats to jam to.

What can we expect from you in the next 6 months, any festivals/nights/releases in the pipeline?

Yep all of the above.  Playing at Lockdown Festival this year, you’ll catch me at the Get Hype nights, the next one is May 13th in Brighton – get yourself down to that!

There’s a load more in the pipeline but can’t say too much until they’re announced.

And of course there’ll be plenty of new music from me, might even see the first Glitch City EP later this year!

What other kinds of music are you into?

As mentioned earlier I love all my older hip-hop.  I’ve got a soft spot for Classical Music and film scores.  I love soundtracks especially the Quentin Tarantino ones!

However I don’t get away with playing any of it unless its me time.  I got gunned down by my ‘back seat drivers’ on the way to Nass Festival once after trying to put on a Kill Bill soundtrack.  Excuse me, who’s driving this car?

What other artists in the drum and bass scene are you feeling right now?

Depends really.  Heavy dancefloor sounds – Turno and Upgrade.  The bigger commercial sounds like Drumsound & Bassline Smith.  I like DJ Limited.  I’m always intrigued to hear what he’ll come up with next as he’s very diverse.  Obviously Hazard without a doubt.

Recently though I’ve just tried to keep to myself and not get too caught up listening to everyone else and focus more on what I can do.  Its a good formula otherwise I find I compare myself.

Gig-wise I’ve announced what I can for now.  I’ve had loads of club and radio play from Friction, Andy C, Subfocus and many more artists.

Much love to The Prototypes and the rest of the Get Hype Records family.  The support has been unbelievable and now there’s no holds barred on what you’ll be hearing from me very soon.

Big ups again, Glitch City!  Thanks for taking the time to chat to us here at In-Reach.

Thanks for having me down.

You can grab the release at most good online outlets from 17/03/17! 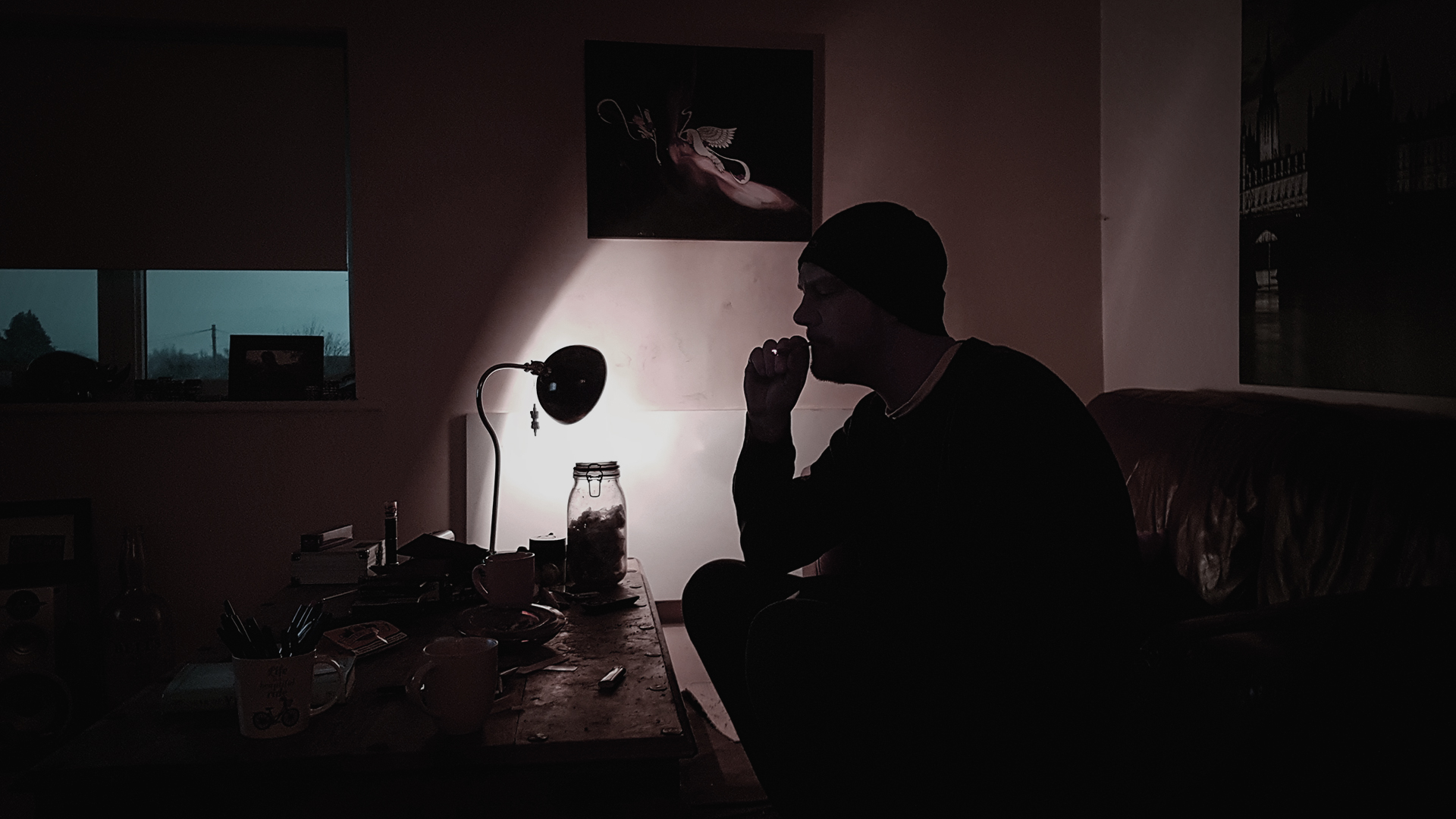