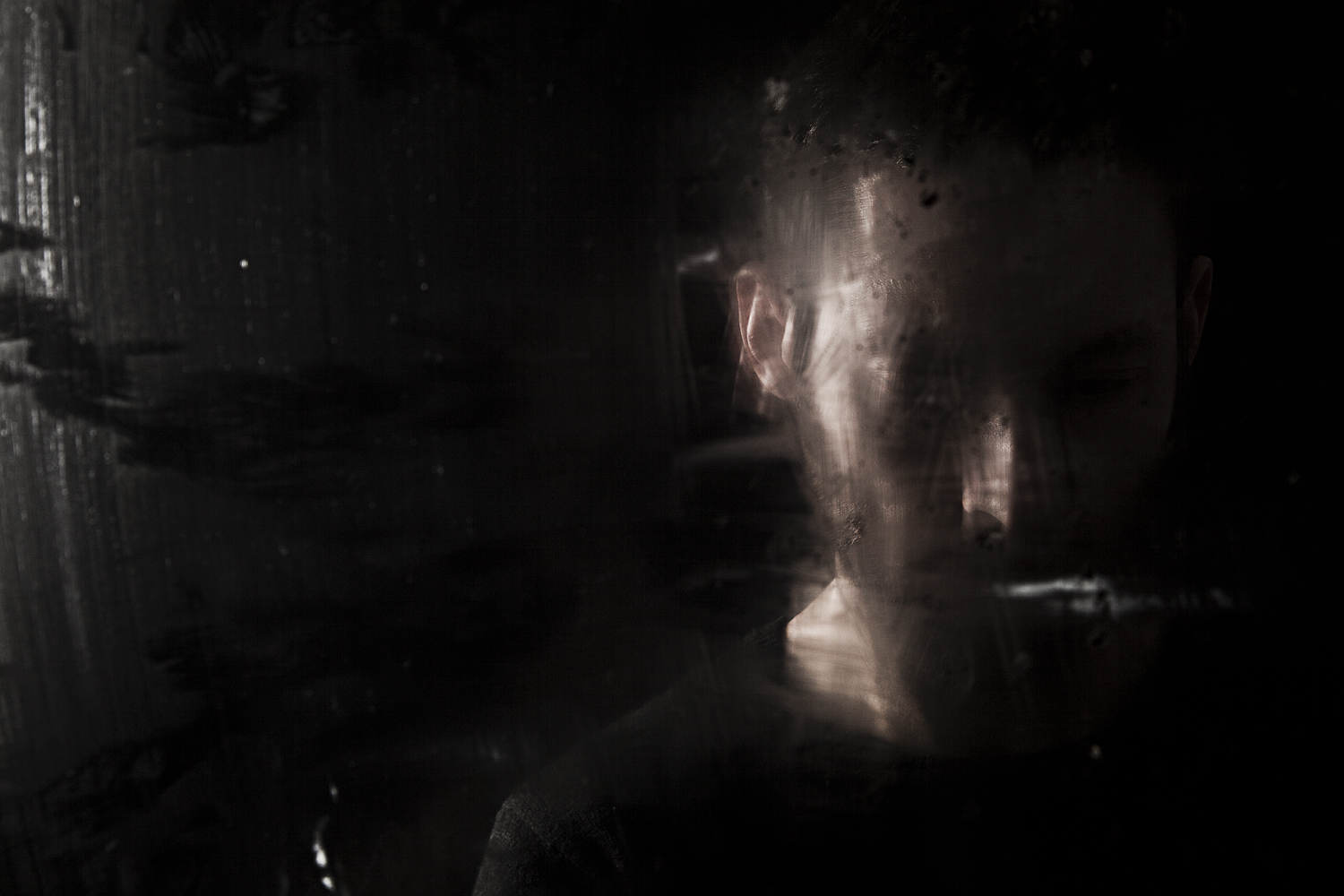 FD aka Freddie Dixon, is arguably one of the most underrated and under the radar producers in D&B…and he’s been in the game for 20 years. Although the waves of new generation ravers may not be familiar with his extensive back catalogue, FD has been grafting away since the late 90’s running events, labels and record shops, all the while refining his craft.

His most recent offering is in the form of a 6 track E.P boasting collaborations with Total Science and Script, the vocal talents of Soukie and longstanding songstress Collette Warren,two entrancing instrumentals, and a weighty remix from Anile. ‘Bridges’ drops on June 30th on CIA Records and with the success of his long awaited ‘Serious’ EP released in March this year, and a follow up due to drop on The North Quarter towards the end of 2017, it seems FD has found his stride and shows no signs of slowing or compromising on the quality of his output.

We caught up with Freddie ahead of his release to talk about the success of the past year, why it’s so important to keep an open mind as a producer and whats on the cards for the latter part of 2017. 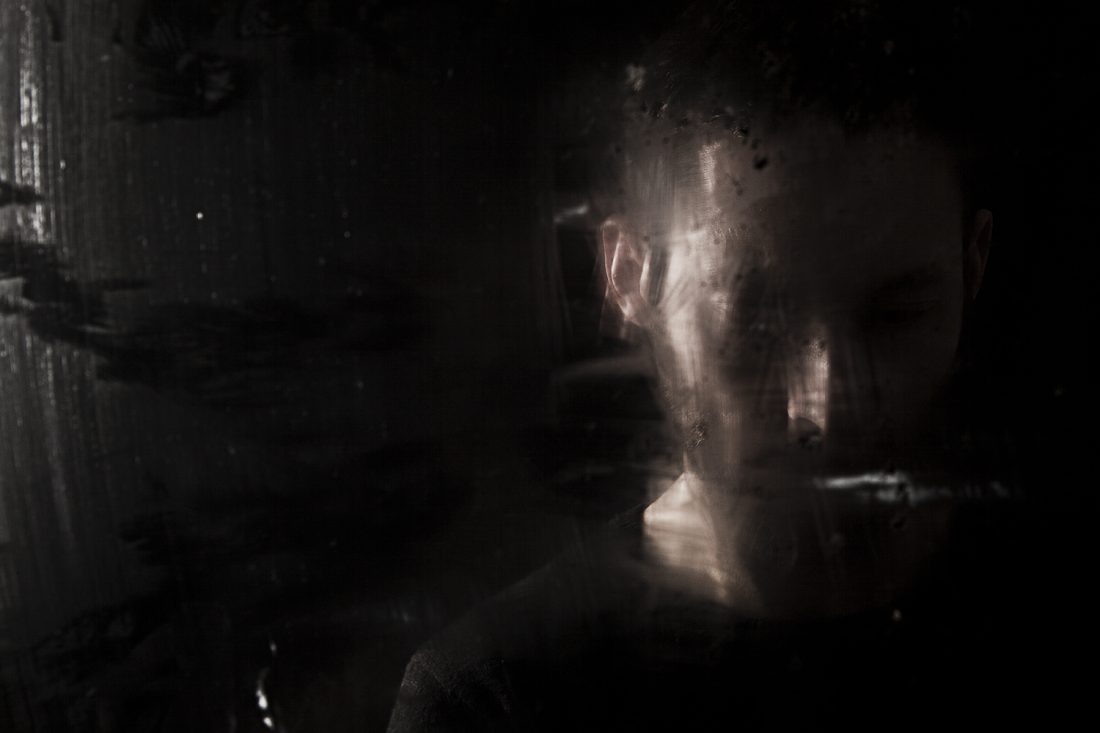 You’ve been busy over the last 6 months with not one but two EP’s dropping. Let’s talk about the Serious EP first, how did you get involved with Sun&Bass?

I met the crew behind SUNANDBASS when i was spending a lot of time out in Berlin as that’s where they live. They’re really lovely and we formed a friendship, which then developed to us working together. When they decided to push the label again, I of course wanted to be involved. Everything they do is from the heart and with love and all about the music, so for me, that’s naturally the kind of people i want to work with.

Well you have released on some of the most prestigious labels in the game (Metalheadz, Hospital, Spearhead), so it seems only fitting that they would snap up the ‘Serious’ EP. It must have felt good to finally release ‘Serious’ after it making the rounds for quite a while now?

Yeah, I was very pleased to get it out there of course, and really pleased with the reaction to it. It’s quite a funny one really, as I started it after SUNANDBASS 2013, with the idea being called ‘Post Holiday Blues’! I never finished it for whatever reason but then when I dug out the project I thought it had legs, and nailed it in one day! I often feel that the ones that are easily finished are the better tunes – it says something about the spontaneity of the idea, which I like as a feeling in music.

And that remix of ‘Ambra’…

I was pretty speechless when that arrived I have to say. It was a ‘full circle’ moment for me as Calibre is one of my favourite artists in Drum & Bass, and surely one of my main influences. I was so honoured that he was up for it in the first place, and then on that first listen, just to hear the charm and the reserved nature of it – no one else does Drum & Bass as he does.

You’re known and respected for your open minded approach to your production & dj-ing, why do you think it’s important to not ‘box yourself in’ creatively?

I guess it’s for a few reasons. I got into Drum & Bass in the mid 90s and I just don’t remember it being about being into one sound. And I just don’t remember it being thought about in that way. I bought Ram, Virus, Creative Source, Congo Natty, Kartoonz, Dread (all the classics if you shopped in Blackmarket!) – whatever I could get my hands on, and I was also just so excited by the music that I wanted to hear everything. I also think that Drum & Bass is actually really quite small as a genre. If you compare it to House or Techno for example, we have far less artists, DJs etc doing stuff, there’s just less music. And so, I don’t understand why i’d want to box myself in to one thing and then only do that? I can imagine i’d get bored quite quickly, and I don’t want that to happen! Also, one of the things that made me fall in love with D&B was that I suddenly felt like i’d found a music that could cover every mood and emotion I had, which was something I was looking for. My uncle had visited and gave me the first two Logical Progression albums on tape, and at the same time a friend had been telling me to check out Dylan & BKey on Rude FM – how could i just like one style??

So many D&B artists are killing it at the moment under their new hybrid alias’ (Richie Brains, I Am Legion, SASASAS) can we expect a 140/160 moniker from you any time soon?

It isn’t something i’ve considered to be honest. I do like writing other styles of music, and have some other bits coming, but it’s not in the 140/160 area.

E.P number two of the year is set to drop at the end of June, tell us about the inspiration behind ‘Bridges’

There’s a lot of horrible shit going on in the world right now and I don’t think any of us are enjoying watching it unfold and we want to actively push back against it. Basically, i’m of the opinion that we should be putting our energy, time, thoughts, love into building bridges, not walls. That’s it.

Known for your use of soulful vocal melodies within your production, you’ve enlisted the talents of long standing and well respected vocalist Collette Warren for the title track. What is it about vocals over drum and bass that ‘makes’ a tune for you?

Good question. I guess i’m quite into the idea of making songs, not tracks, in Drum & Bass at the moment. I want to make music that is memorable and will stick in peoples mind for some time if possible. I do kind of see using a vocal as an easy way out to do this, at the same time, even though i’m pretty crap at remembering lyrics in tracks, I often find that the melody of a vocal hook (or sometimes the words) gets stuck in my head, and I like that and what it does to me. I guess therefore that’s something i’ve enjoyed doing whilst writing Drum & Bass in the last few years. I do want to try and do this to the best standard I can though, and not do it in a gratuitous way – I think very carefully before I decide to put a vocal in a tune, it can really change my and others perceptions of a track.

You’ve got a collab with Script & Total Science, Anile on the remix and Collette & Soukie on vocal duties, how was it working with such revered artists?

Who are the revered ones?? Haha! No but seriously, it’s an absolute pleasure and an honour of course. I really prefer to work in person with people as it gives you the full chance to vibe off each other, enjoy hanging out, take the piss out of each other, eat too much shitty food, etc etc. I would also class all of these people as friends, and I love to share the moment with them, it’s one of my favourite things about making music – the hanging out, the piss taking and stupidness – and then that eureka moment when you’re all dancing round the studio (if you’re not sick from too much Haribo) and you can’t get the next sound into the tune quick enough! Vibes!

In keeping with the high calibre of artists you’ve teamed up with, you’ve also worked with Lenzman, Ulterior Motive & Fracture. Who would be your ‘bucket list’ collab?

Quincy Jones. Can you bell him up and sort it out for me please? Next week works for me.

Finally, we’re super stoked at IR to hear you have an EP forthcoming on The North Quarter, tell us a bit more about that and what we can expect from you for the rest of 2017

All I can tell you right now is that should see the light of day at the end of Summer/early Autumn and I’m super excited about it. There’s audio of one of the tracks floating around if you know where to look! I’ve also just nailed down a remix for the GLXY guys, which should see a release in the late summer, and apart from that, I’m just really enjoying writing at the moment so will be ignoring any summer and doing that and working on my studio tan!

FD ‘Bridges’ is out June 30th on CIA Records. 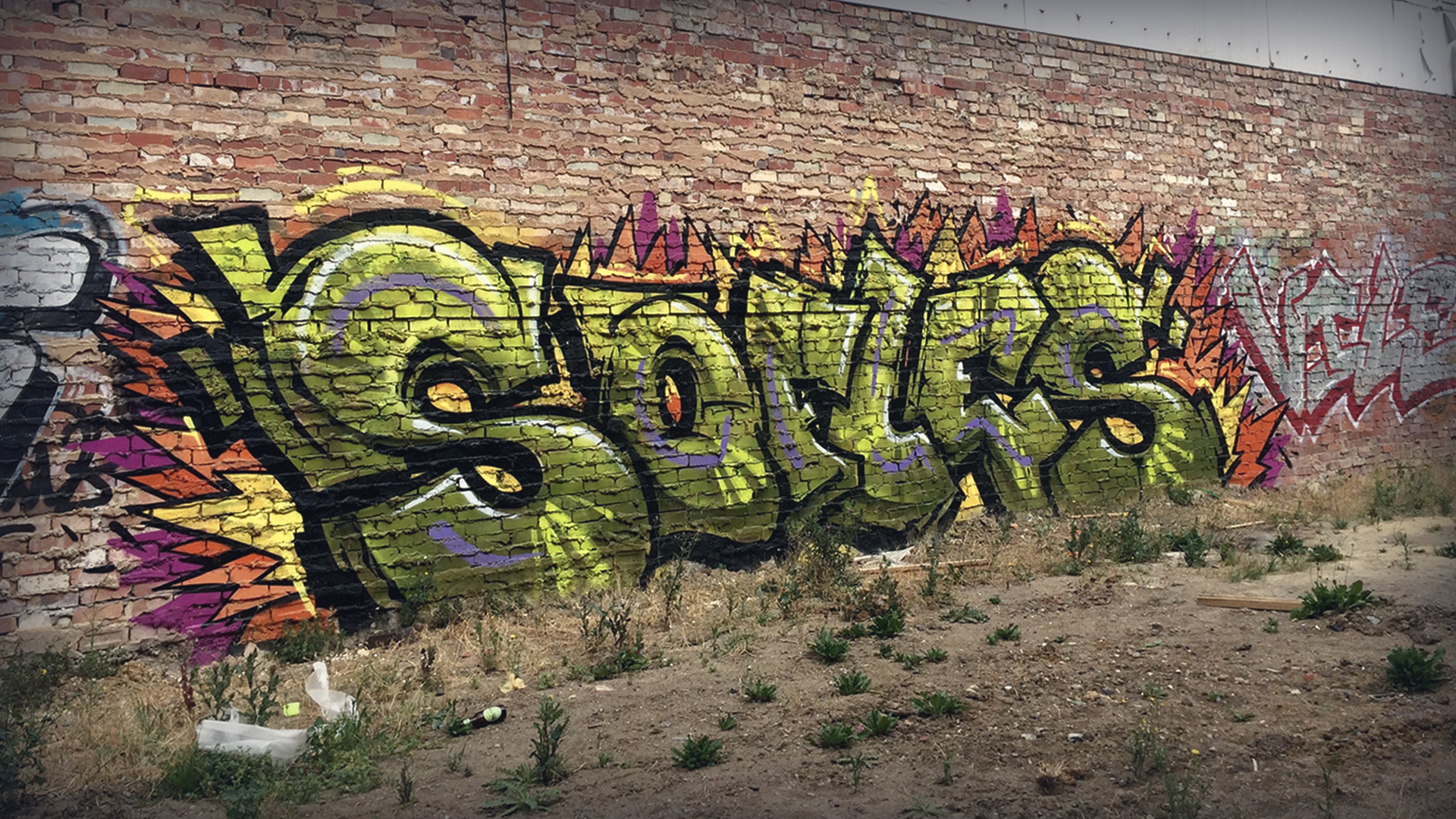 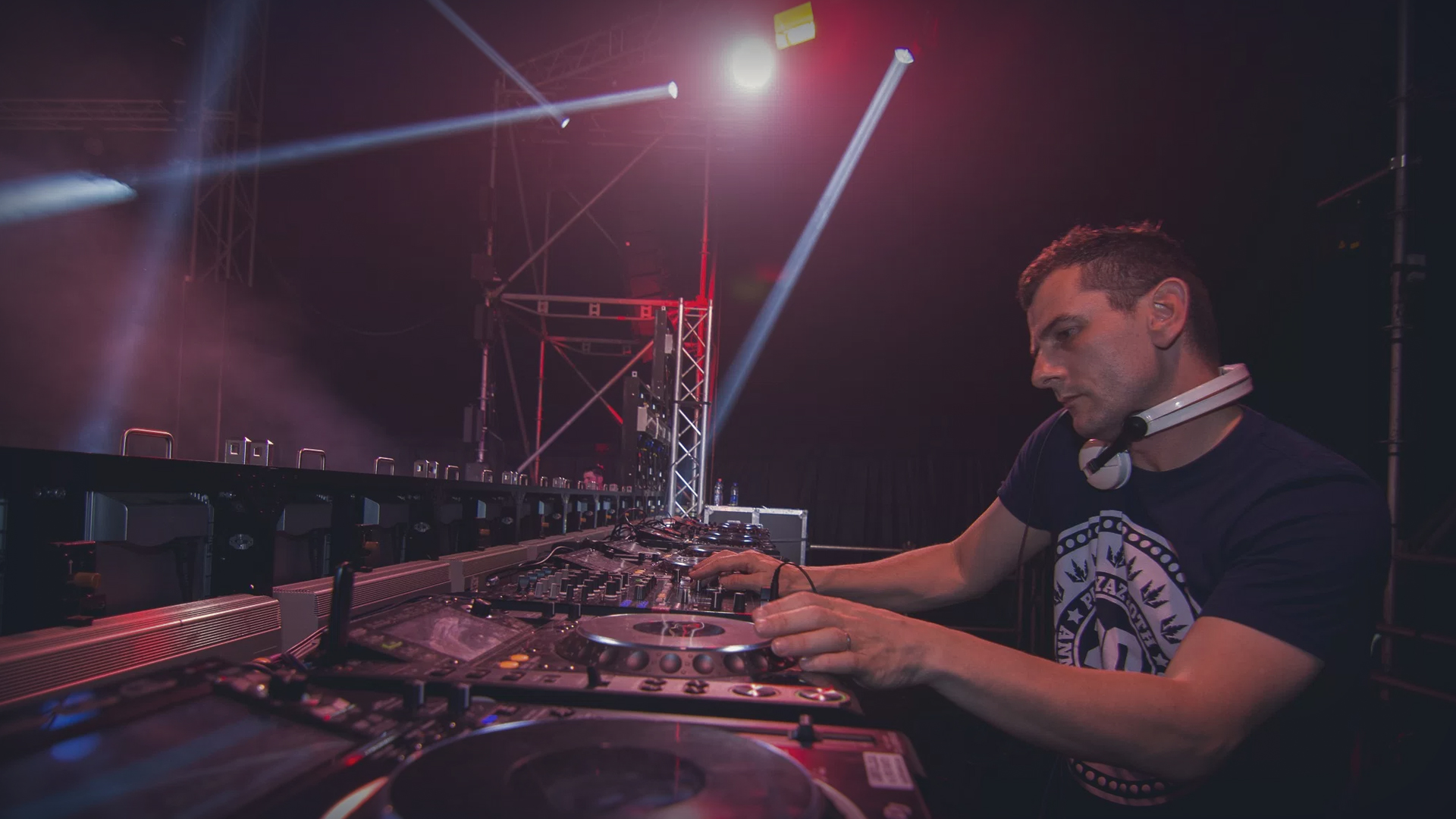