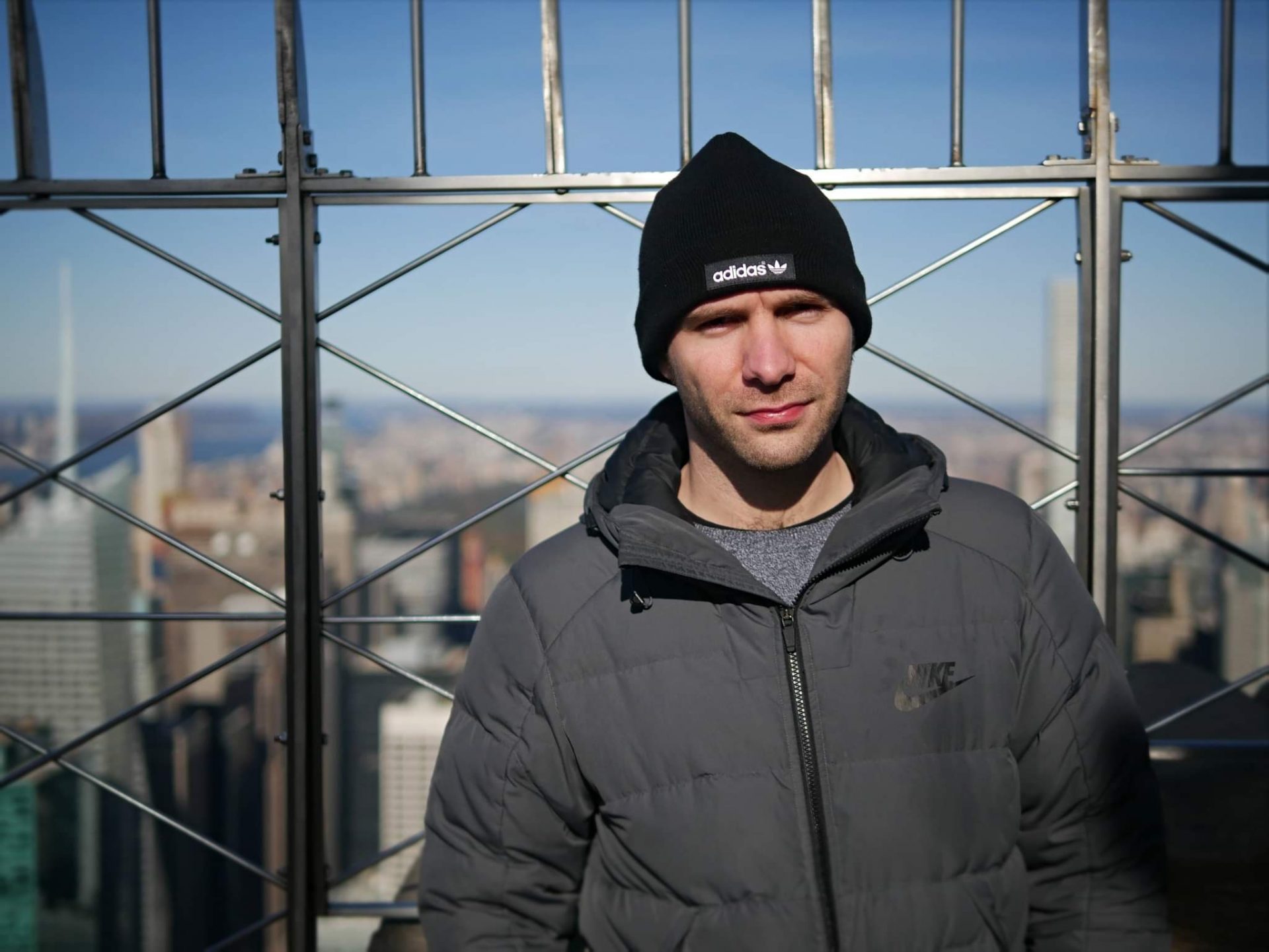 Sedo is possibly a new name to some and is carving a good reputation for himself with releases on Symmetry and now Tesseract! We caught up with the man himself to get the inside track on his career so far.

Hello mate, thanks for linking with us for this interview, tell us a little about yourself, how you got into this music we call drum & bass and your journey so far?

No problem mate. Thanks for having me.

I started listening to drum & bass as a teenager growing up in wild North Wales, but really got hooked when I went to uni in Manchester and experienced big events like The Warehouse Project and Metropolis. I linked up with a few of the guys in the scene there and started playing out at events (and spending all my loan on vinyl!).
I started to dabble in production (mainly jump up at the time) in my first year at Uni also, and by my final year, had a couple of releases on small labels.

There’s a pretty big gap between leaving university and my next release as I focused on building a music startup after uni for the next few years, which took up every second of my life until I parked the project and went part time on it.

I really started getting back into production in a serious way when I moved to London around 2014/15 and have spent a lot of time learning my craft. I’ve been very uninhibited when it comes to styles/genres as I want to dabble in all sorts of genres and sounds to see where I can take them. I come from a musical family, and grew up helping my parents run a recording studio, so have always been content and at home in such a creative environment. My current plan is to pimp my bedroom studio out to the point that it reminds me of the commercial studio I grew up in haha!

You mention that you first heard d&b in your teens can you pinpoint when and what it was? It very interesting to find out how people first came across this genre. Also can you remember what your 1st vinyl purchase was?

I first got into it properly in school. I remember Brown Paper Bag on loop at a house party and it got me totally hooked. I think my first vinyl purchase was in fact Brown Paper Bag too!

What a great tune to start you off on your d&b path!
Also the music start up sounds interesting, could you tell us what that is about?

The music start up is called ‘DemoBox’, and is a tool to connect emerging artists with labels, A&R, bloggers etc by providing a widget to submit your music to the industry. The A&R can then set filters on the type of music, location and social presence an artist has so that only relevant music reaches them. It’s currently still in beta and will hopefully he getting revamped and relaunched next year. We had the likes of Sony, Warner and UKF using it and enjoying it so I really want to see it reach its potential next year.

That sounds really amazing, specially in this day when certain social media platforms tend to throttle the news getting to the fans.

The production side of things seems like a natural progression of your journey so far, how did you start off? Did you have any friends that were already making tunes that you could lean on?

My journey into production I guess started around 13, when I got a copy of Reason and just used it to make crazy noises for a few months then kind of lost interest, then at university after having mixed d&b every day for years I felt the need to get into making it for myself. I guess I felt mixing was a little one dimensional in a way, and that I had more to give to the scene. I learned Ableton Live on my own as I didn’t have any close mates who produced. I could have learned a lot from the engineer at my parents’ studio but really wanted to learn everything for myself. Kind of stupid thinking back on it haha! Either way, I’ve enjoyed making my own mistakes and I did finally invest in my production via a 1:1 session with Heist about 18 months ago. Great guy and a great teacher!

So now that we have a little context about your history, how did the hook ups with Symmetry and Tesseract happen?

I have a list of demos@ email addresses I’ve collected that I send all my new tracks to. I sent ‘Zeus’ over to Symmetry on email and got a response from Isha and Break saying they were digging it and would I be interested in a release on the upcoming ‘Symmetry Selects’ album. Break commented that the mixdown and production sounded great and even asked if I’d sampled a Dillinja break for the drum track. I built the drums from scratch so that kind of praise from such an accomplished producer was a great boost. It proved that working hard on my mixdowns and technical knowledge was paying off.

You have a EP forthcoming on Tesseract in the next few weeks, how long was that EP in production and talk is through your process of working through it.

The Tesseract EP basically came off the back of the Symmetry release. I got in touch with St.Iff who also released a track on the album and we got working on some ideas. He sent some great drums/bass stems and I wrote ‘Shorty’ with them. I had some other tracks I wanted to get out so St.Iff linked me with D Flect at Tesseract who digged all the tracks I sent and offered an EP straight off the bat. The colab with St.Iff literally took a week or two, and the other tracks on the EP took longer as I had been sitting on them for months, tweaking here and there when I had time. The EP’s out 26th I believe and is my first proper solo EP.

Has the EP had a good response so far? You must be over the moon to finally have a solo release/EP out after all the hours you have put into your craft!!

Yeah so far it’s had some great feedback. It’s nice to get recognition for your work, but it’s just the icing on the cake as I make music just because it’s a lot of fun!

Are there any dnb artists or labels that you love to work with?

There’s a handful of artists and labels that inspire me daily that I’d love to work with… Working with Break and Symmetry again would be great. In terms of other producers and labels: DLR/Sofa Sound, Serum/Souped Up, Ant/Dispatch, Metalheadz, to name a few. Have been in discussions with Hybris about potentially putting something out on his new imprint which would be amazing… We’ll see! Have also had the likes of Dillinja, Bryan G, Bladerunner and Hydro amongst others downloading my tracks so hopefully those guys are feeling them.

That certainly is a good sign and a definite bit of motivation to produce more if you see some of the artists you look up too downloading your output!

Rest of 2018 I hope to collab with Sam Harris and Melysma soon. Really rate them and think they’ll really go places. Will carry on working hard on my engineering and sound design. Still not happy with my sound but I feel I’m getting closer to what I’m trying to achieve sonically which is always encouraging. By early 2019 I hope to be in a position to have a coherent bunch of tracks I’m proud of that I can tempt some legendary labels with! Watch this space…

You can have a listen of the latest EP here